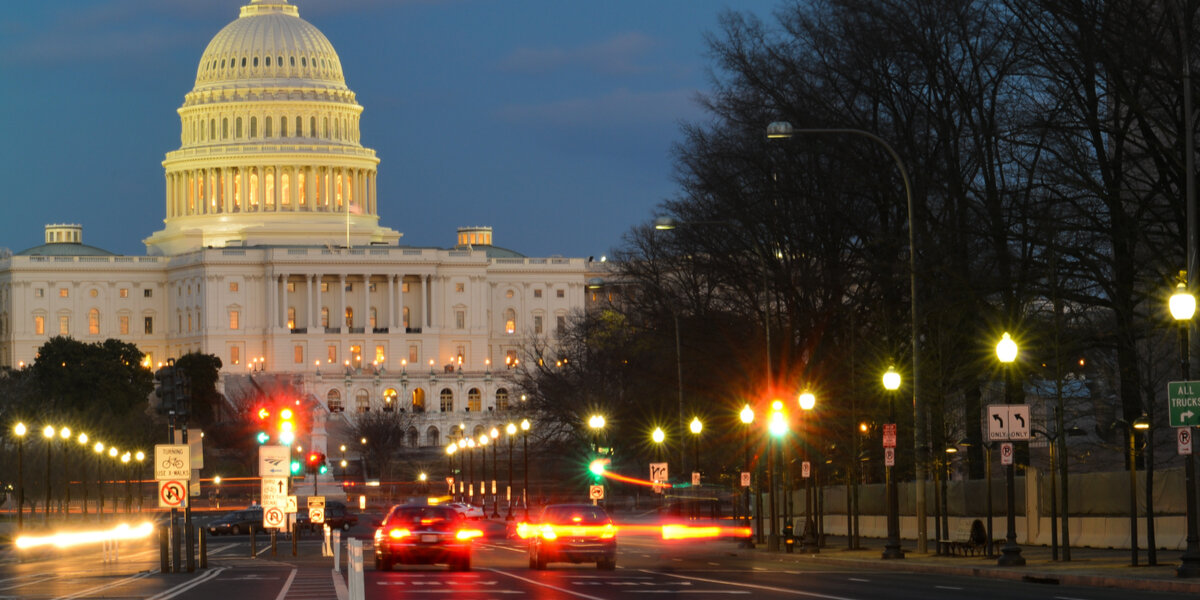 If you have “budget reconciliation” fatigue you’re likely not alone. The seemingly archaic language is rarely heard outside of the Beltway, and when it is, the phrase often elicits puzzled looks. There are a lot of strange things that happen on the Hill, and we (as citizens) are familiar with many of them, even if we don’t really get them … like the Senate requiring 60 votes to avoid a filibuster.

What might surprise most folks is that the reconciliation process is neither archaic, nor rare. It’s relatively modern, having been around for only four decades – in fact, it was during President Joe Biden’s first term as a U.S. Senator when the process, and the budget committees themselves, were established, in the Budget Control Act of 1974. .

Since 1980, Congress has initiated reconciliation 26 times, with 22 bills signed into law through the process, including in March of this year for the fiscal year (FY) 2021 spending agreement that housed Biden’s $1.9 trillion American Rescue Plan.

Through the budget reconciliation process, Congress may skip that Senate rule that requires 60 votes – three-fifths of all Senators –  in order to end debate, allowing the majority to pass legislation that directly affects spending or the receipt of revenues with a simple majority vote.

As the White House and Congressional Democrats push to supplement a $550 billion bipartisan package with a $3.5 trillion package to establish President Biden’s agenda as laid out in the American Jobs and Families Plans, consider this as a primer on what to expect in the ongoing reconciliation process.

One Byrd to Rule Them All

Although Congress passed one reconciliation this year, for FY21, it can attempt to pass another reconciliation bill for FY22 and could even consider another for FY23, as needed to address other expressed priorities. The key consideration is the Senate’s Byrd rule, designed in 1985 by late Senator Robert Byrd (D-W. Va.). The Byrd rule states that for a reconciliation measure to be ruled “in order,” provisions must directly affect spending or receipt of revenues within the budget window and can’t be extraneous. Extraneous measures are essentially those policy provisions that provide the “who, what, where, how, and why” parts of legislation. 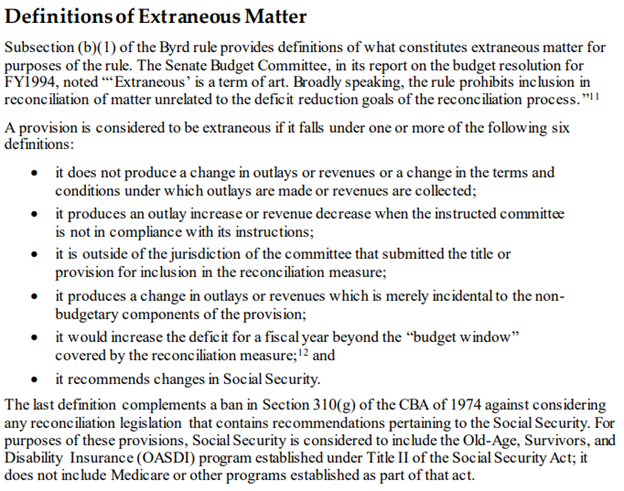 For the $3.5 trillion package currently under consideration, the House will initiate the process, but because of the Byrd Rule, the Senate will dictate the boundaries of the legislation and lead the process of scrubbing the legislation for extraneous measures, dubbed the “Byrd Bath.” This is largely a back-room process, including committee staff working to clear the legislation in consultation with the parliamentarian of the Senate.

Once introduced, during floor consideration, members will have a time-limited 20 hours to debate and vote on whether individual provisions survive (“Vote-a-Rama”).

The Senate is a rule-bound body in the sense that it has rules, but those rules are subject to the interpretation of the Senate itself. Unofficially, the Senate parliamentarian (whose job is to interpret rules and procedures of the Senate) rules whether provisions are in order or whether they are extraneous, or otherwise disallowed. However, the Majority Leader can call a vote to overrule the parliamentarian on any matter and, furthermore, has the official capacity to remove the parliamentarian from their position (replacing them with a more agreeable civil servant).

In the case that the parliamentarian rules key provisions of the reconciliation package to be extraneous, with Vice President Kamala Harris in the chair, Majority Leader Chuck Schumer (D-N.Y.) can object and proceed to a floor vote, hoping no Democrats defect.

Instructing the Committees of Jurisdiction

Both the House and Senate have passed the budget resolution instructing committees on what their portion of the reconciliation should contain. The two energy committees in charge of most non-tax sections of the bill related to energy efficiency received the following toplines:

Is passage of the $3.5 trillion reconciliation package likely? In some ways, yes: even if the parliamentarian issues a disagreeable finding, the Majority Leader can, with the Vice President acting in official capacity as President of the Senate, hold the deciding vote. Therefore, many decisions are likely to fall in accordance with the intent of Majority Leader Schumer.

That said, it all boils down to what moderate Democrat Senators like Joe Manchin (D-W. Va.) and Kyrsten Sinema (D-Ariz.) do when called on for a floor vote by the Majority Leader. Given the 50-50 split, the defection of a single Democrat could limit the scope of the package or leave it all on the cutting room floor.