Jason Reott | Alliance to Save Energy
Skip to main content

THE ALLIANCE TO SAVE ENERGY RESOURCES 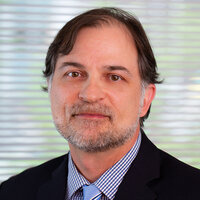 Alliance to Save Energy

Jason Reott was the Alliance's Legislative Counsel through March 2022. He focused on federal legislation to reduce the environmental and climate impacts of energy use by modernizing the built environment and decarbonizing the electric grid through energy efficiency.

Prior to joining the Alliance in January 2017, Jason worked on energy issues and campaigns at the local, state, and federal level. On Capitol Hill, Jason worked as a Legislative Fellow for Energy and Environmental policy in the policy shop of Senator Bernie Sanders (I-Vt.) with a portfolio that included the senator’s seats on both the Energy & Natural Resources (ENR) and Environment & Public Works (EPW) Committees. After his fellowship, Jason worked as a field organizer on a clean energy and environmental justice campaign with the Virginia League of Conservation Voters in Richmond, Va.

In November 2021, Jason concluded a 2-year appointment advising the D.C. Department of Energy and Environment (DOEE) on state-level implementation of Weatherization Assistance Program (WAP) funding. Additionally, he serves as an elected member of the Board of Directors of the Vermont Law School Alumni Association.

Jason earned a master’s degree in environmental law and policy and a certificate in energy law from VLS in August 2015. Jason also has a bachelor’s degree in political science from the University of Pittsburgh.