Congress is taking note of cryptocurrency’s extraordinary energy use. Here’s what that means.
Skip to main content

Congress is taking note of cryptocurrency’s extraordinary energy use. Here’s what that means.

Congress is taking note of cryptocurrency’s extraordinary energy use. Here’s what that means. 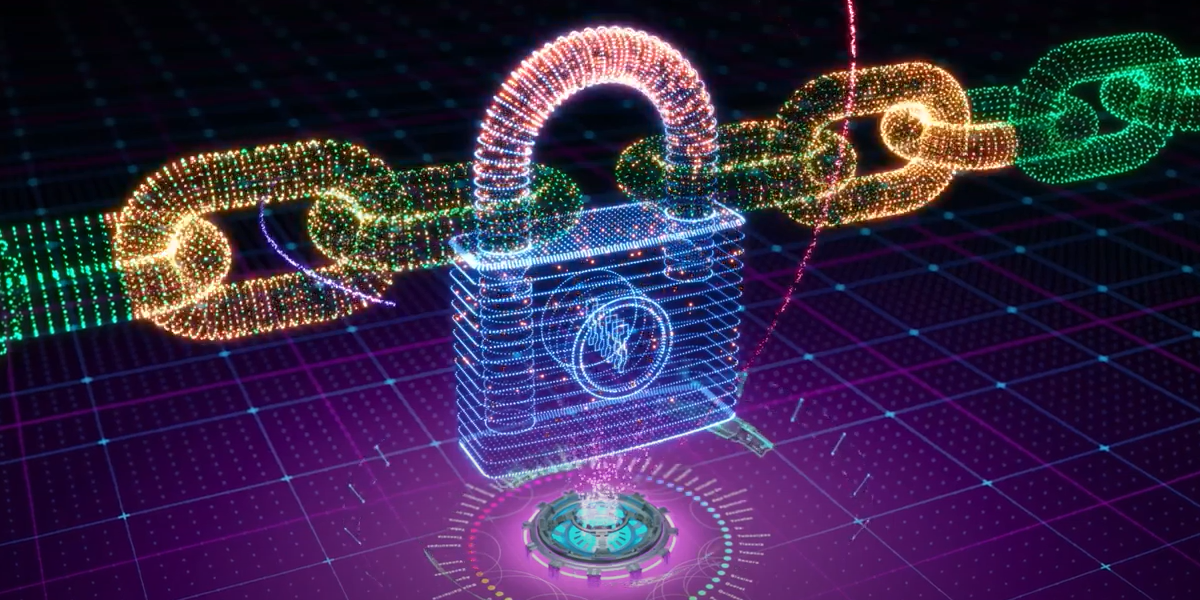 It wasn’t long ago that digital currencies seemed like something out of science fiction, or even a comedy. In 2010, one bitcoin – the world's first and most widely used cryptocurrency – was worth nine cents. Jump forward to today, and no one is laughing anymore. Last year, one bitcoin spiked to $68,000 and the first fund tied to bitcoin debuted on Wall Street. Cryptocurrency seems here to stay, and policymakers – and the energy world – are taking notice.

The House Energy and Commerce Subcommittee on Oversight and Investigations recently held a hearing on “Cleaning Up Cryptocurrency: The Energy Impacts of Blockchains.” The mining of cryptocurrency is notoriously energy intensive – even prompting the reopening of some high-emission power plants in recent years – and members of Congress sought answers on what can be done to improve the industry’s energy efficiency. Here are three main takeaways from the hearing.

Proof of work is energy intensive because solving the problem requires an enormous amount of computing power – the computers make trillions of guesses per second, and the more computing power a miner has, the greater competitive edge they have to guess the right answer and receive the cryptocurrency award. The difficulty of the problem increases over time to ensure validation occurs on a fixed time interval (10 minutes for bitcoin), maintaining the currency’s value but also causing energy use per transaction to rise over time, rather than become more efficient. 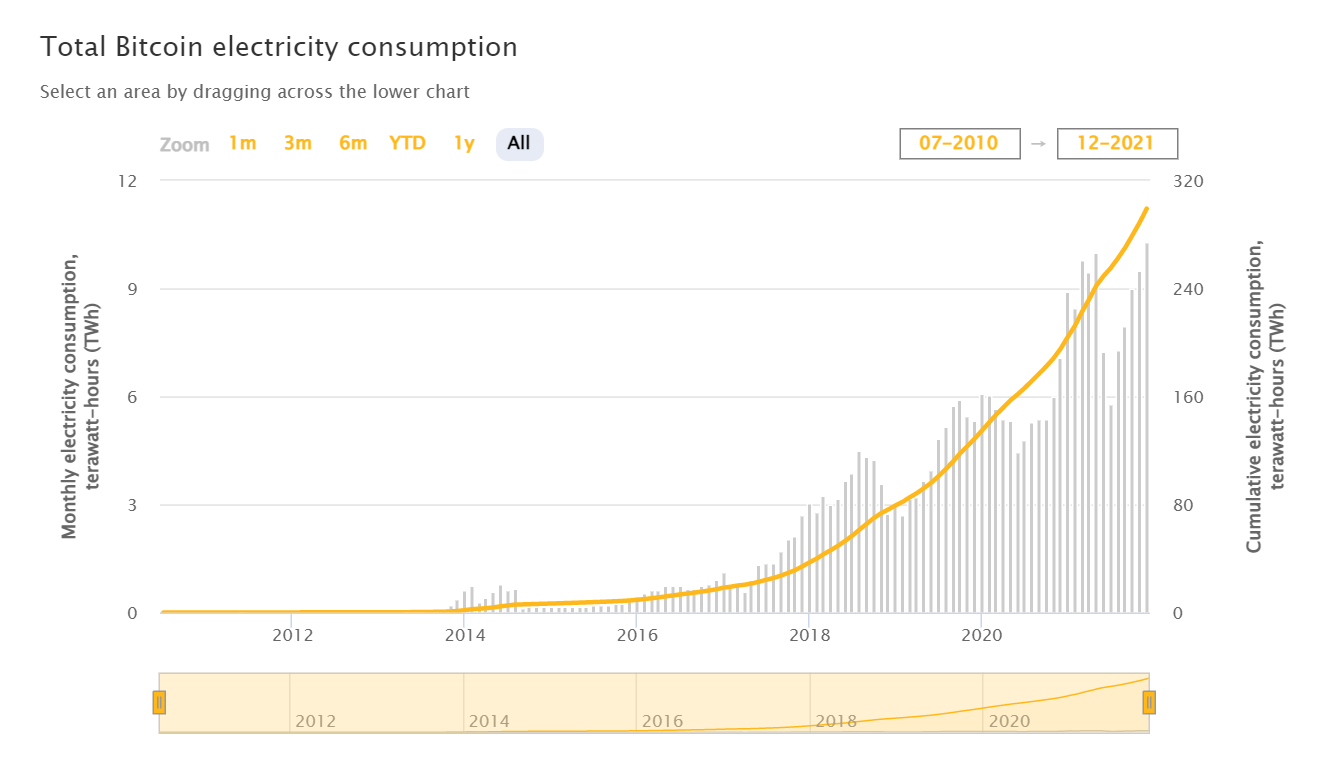 Bitcoin is now estimated to consume 0.5% of all electricity used globally. Every bitcoin transaction, such as buying a cup of coffee, uses about 1,173 kWh of energy – the amount of energy that could power the typical American house for six weeks. The energy cost per transaction is approximately $176.

The main alternative to proof of work is proof of stake. In proof of stake, miners “stake” cryptocurrency for a chance to be chosen to verify a transaction. If they are chosen, the miner is rewarded cryptocurrency. Because this method does not require the problem solving inherent to proof of work, proof of stake is far less energy intensive. The common arguments against this method are that it may be less secure and it could give an advantage to those who are able to stake more; however, there is little consensus around these claims. Ethereum, the second largest cryptocurrency, has pledged to make the transition from proof of work to proof of stake in 2022, and estimated that will reduce the currency’s environmental impact by a whopping 99%. As Dr. Ari Juels of Cornell Tech testified at the hearing, proof of stake’s energy use is “comparable to a small village, rather an entire nation.”

2. Efficiency improvements in the cryptocurrency industry could have positive spillover effects.

Industries with high energy consumptions have all the more incentive to reduce costs by improving their energy efficiency. Brian Brooks, chief executive officer of Bitfury, an infrastructure provider for bitcoin, testified at the hearing that the bitcoin model – particularly how the problem difficulty increases over time – encourages the development of more and more efficient technologies to complete the process, which would have spillover effects for other industries. For example, cryptocurrency mining has helped to accelerate adoption of immersion cooling, an efficient way to cool computers. Additionally, as described in testimony from John Belizaire, chief executive officer of Soluna Computing Inc., cryptocurrency mining eventually could provide demand response services to utilities – helping to improve the efficiency of the power grid by using energy from curtailed renewables and shutting down operations during peak demand.

Back in the early 2000s, there were dire predictions that energy use from data centers would skyrocket and cause problems for the grid and climate. However, this danger was largely sidestepped through rapid improvements in data center efficiency: computing increased by 550% from 2010-2018, while corresponding energy use only increased by 6%. Whether crypto mining can follow this same path remains to be seen.

3. Communities are conflicted about cryptocurrency.

Steve Wright, former Alliance Board Member and general manager at Chelan County PUD, spoke firsthand at the hearing on mining companies’ impact on communities. In 2014, Chelan PUD was inundated with power service requests from cryptocurrency companies due to the cheap hydroelectric power available in the area – in fact, if all requests were approved, the total power load in Chelan County would have more than doubled. Wright testified that the community felt torn between the economic opportunity of attracting a growing industry that could provide jobs and encourage investments in clean energy, versus concerns including rate increases, stranded assets, and safety and reliability. For example, the utility may have had to raise rates for consumers to help pay for the grid infrastructure upgrades needed to accommodate such a rapid expansion of load. In his testimony, Wright listed ways that rates can be structured to minimize impact on the local community, including upfront payment from cryptocurrency mining companies to avoid making transmission and distribution investments that may not be recovered over time through rates.

Cryptocurrency is a complex topic with complex impacts for the energy industry, and even among the experts who testified at the hearing, there was little consensus as to the best solution. What we know is that the proof of work method of mining is currently extremely energy intensive and that the sector is growing large enough to impact energy sector trends including energy efficiency innovation and clean energy adoption. The nature of that impact remains to be seen. As Congress turns its attention to this issue, the Alliance looks forward to working with policymakers and our Associates to shape a cryptocurrency industry that uses our energy resources as wisely as possible.