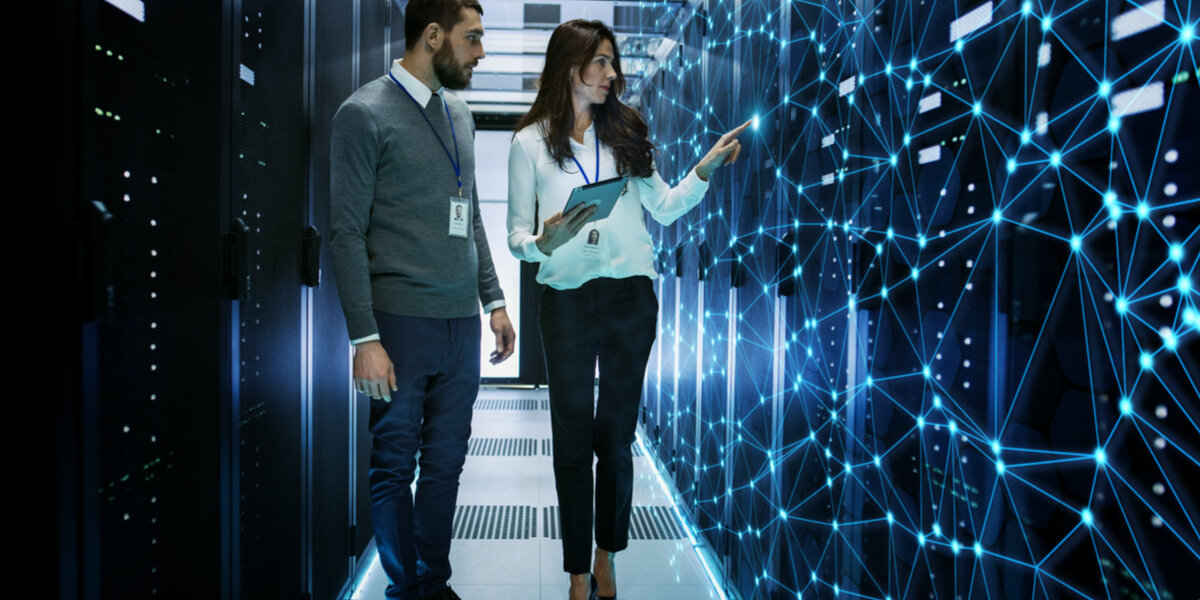 Data centers play a central role in global digitalization, which has resulted in exponential data growth. This growth has come with fear of a several-fold energy consumption increase and a significant impact on global carbon emissions. In his recent article, our colleague Stephen Harper dates this perception back to the first California energy crisis in the early 2000s, which some blamed on data center growth.

However, dire global predictions that data center energy use would continue to rise dramatically over the past two decades have not come true. An analysis recently published in Science demonstrates that growth in data center energy use leveled off between 2010-2018 due to energy efficiency improvements. During that period, computing increased by 550%, while corresponding energy use only increased by 6%. And it’s not just one study. The independent United States Data Center Energy Usage Report conducted in 2016 by Lawrence Berkeley National Lab showed a similar trend.  The Green Grid (TGG), an affiliate member of the Information Technology Industry Council (ITI), published a white paper outlining server technology innovations as key drivers of increased efficiency. These innovations included generational central processing unit (CPU) performance per watt gains, improved virtualization, processor power management, and advancements in other data center IT subsystems.

The sector has also moved to reduce greenhouse gas (GHG) emissions through increased use of renewable energy to power the data centers. Many data center operating companies like Intel, Google, Microsoft, Apple, and others announced 2030 sustainability and carbon mitigation plans that include deployment of 100% renewable energy, which would translate into real reductions in data center-related GHG emissions.

Policymakers often overlook the enabling role of digital networks, including data centers, in decarbonizing other economic sectors. This positive impact is called the ‘handprint’ effect, as opposed to the sector’s environmental footprint. An Ericsson Research study shows that information and communication technology (ICT) solutions can save between 4-12% of global GHG emissions by 2030. The optimization of energy by integrating traditional efficiency measures with digital technologies is what the Alliance to Save Energy terms “Active Efficiency.”

As part of the Active Efficiency Collaborative as well as the Digital Climate Alliance (DCA) consortium, Intel urges policymakers to holistically look at the role of digitalization as an enabler of climate solutions (handprint impact). Data centers are the hub of the network, and it is the network that delivers most of the handprint impact. While difficult to quantify precisely, GeSI’s in its SMARTer 2030 Report has estimated a handprint leverage factor of about 10x, “CO2e avoided through the use of ICT solutions is nearly 10 times higher than ICT’s expected footprint in 2030.”

As the U.S. re-enters the Paris Accord and develops a new Nationally Determined Contribution (NDC), there are opportunities to progress on both the footprint and handprint fronts. The DCA coalition and the Active Efficiency Collaborative will work hard to increase the digitalization content of climate and infrastructure bills working their way through Congress.

The U.S. could take inspiration from the other side of the pond. The European Union’s “European Green Deal” recognizes the crucial role that technology plays, and features the shared goal of the European Commission (EC) and the data center sector to make data centers and ICT infrastructure climate neutral by 2030. The sector has introduced a self-regulatory initiative to meet specific climate neutral targets related to energy efficiency, water usage, and circularity. The sector is also working through DIGITALEUROPE to increase stakeholder awareness of the pivotal role data centers play in digital transformation, especially as part of grid modernization and greater access to renewable energy.

Minimizing the footprint of data centers remains an industry priority. Policymakers should apply the Hippocratic Oath – first, do no harm – to their approach to data centers and ICT. Poorly designed regulations (e.g., idle power, network standby power requirements) applied to ICT devices and data centers can restrict the functionality that delivers the handprint benefits, especially for the rapidly growing deployment of Internet of Things technologies. To not “miss the forest for the trees,” governments should strike an appropriate balance between device efficiency (the footprint) and network or system efficiency (the handprint).