Portman-Shaheen: Back and Better Than Ever | Alliance to Save Energy
Skip to main content

Portman-Shaheen: Back and Better Than Ever

Portman-Shaheen: Back and Better Than Ever 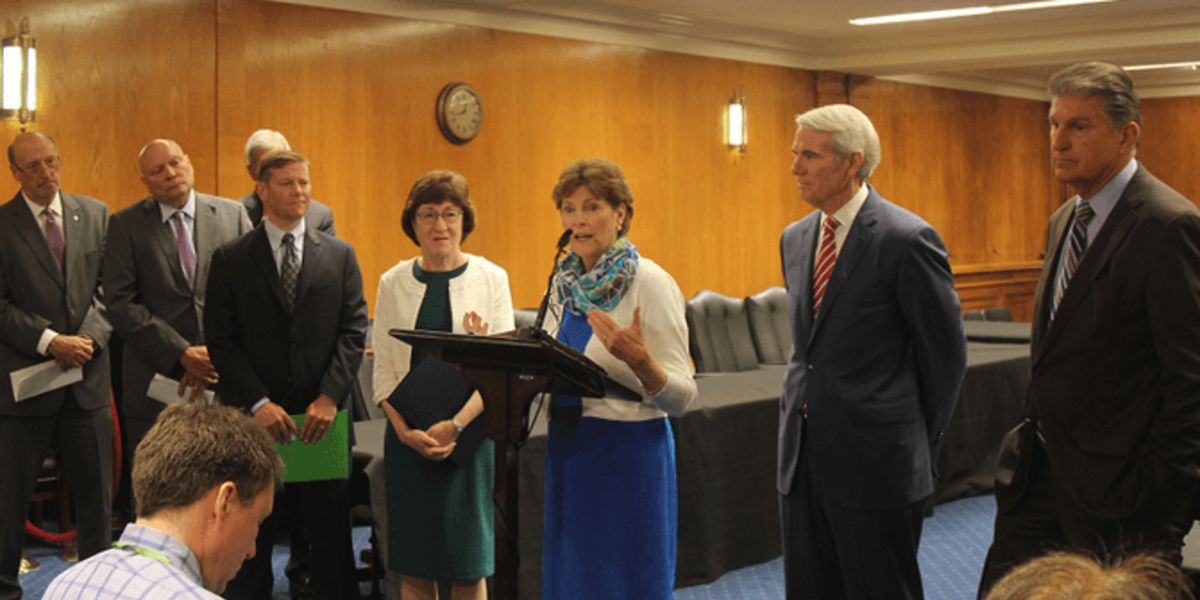 Alliance Honorary Vice-Chair Senator Rob Portman (R-Ohio) and Honorary Chair Sen. Jeanne Shaheen (D-N.H.) reintroduced the Energy Savings and Industrial Competitiveness Act (ESIC) in the U.S. Senate today. The duo has introduced some version of the sweeping energy efficiency legislation in each of the past five Congresses, at times in multiple variants.

The Alliance has painstakingly reviewed and analyzed each of the bills over the years, and we have to give credit where it’s due. The hard work and long hours that the sponsors and their staff have put into this effort is obvious. This is the best version yet.

The “Portman-Shaheen” bill introduced today features a new workforce-focused grant program to help cash-strapped municipalities and states that would like to implement and enforce building energy codes. It would award $25 million each year to address a critical shortage of resources and help fund training and employment needs of local code officials and assist homebuilders to ensure that new residential and commercial buildings are energy efficient.

Portman-Shaheen also includes the Sensible Accounting to Value Energy (SAVE) Act, which would ensure homeowners realize a return on investment for efficiency upgrades. The provision would avoid decades of locked-in high energy costs by recognizing the value of energy efficient technologies in the more than 90% of newly issued home mortgages underwritten or backed by the federal government.

Household energy costs routinely exceed other expenses that are currently considered in mortgage affordability tests, such as property taxes and insurance. Lenders financing energy-efficient residences have seen default rates drop an average of 32%, according to the Institute for Market Transformation. And according to the National Association of Home Builders, energy efficiency is one of the top drivers for new home buyers, resulting in higher home resale values.

Portman-Shaheen would also help reduce federal energy consumption in several ways. The bill would reinstate forward-looking energy use intensity and water use intensity reductions at federal facilities. It would also require agency energy managers to implement all energy and water conservation measures identified to be life-cycle cost-effective. The bill would also align the requirements for existing federal buildings undergoing a major renovation to be built to the more stringent requirement for new construction.

Energy targets have been noticeably absent since the revocation of Executive Order 13693 in May 2018. Congress knows they work: Agencies had achieved nearly a 30% energy improvement since their requirement began in the 2005 energy bill, and water reductions of approximately 26% since 2007. Portman-Shaheen would help agencies realize further energy and water savings by formally authorizing the Federal Energy Management Program (FEMP), which has saved taxpayers approximately $50 billion through comprehensive planning practices and by helping agencies procure performance-based contracts that address the significant maintenance backlog at no upfront cost to taxpayers.

Portman-Shaheen would also help students by streamlining information sharing of energy efficiency funding opportunities for the nation’s schools. Energy costs are the second-highest operating expense in U.S. schools, and can be reduced by 30% or more by investing in energy efficient equipment and technologies. Upgraded equipment such as high-performance HVAC and lighting systems not only improve the learning environment, but also contribute to improved student health. Reduced utility bills allow school districts, which spend up to $8 billion annually, to redirect a significant portion of that cost back to student education.

There is plenty more that the Portman-Shaheen bill would do to save taxpayers, businesses and consumers money by reducing energy and water consumption. And all of it is important, particularly to an organization that helps the U.S. economy do more with less. Portman-Shaheen would do just that.

It would also do more: It would help the U.S. take meaningful steps to reduce the greenhouse gas emissions from the extra energy generation required to power inefficient buildings.

The Alliance stands ready to help Congress get it right by passing this bill at the first opportunity.