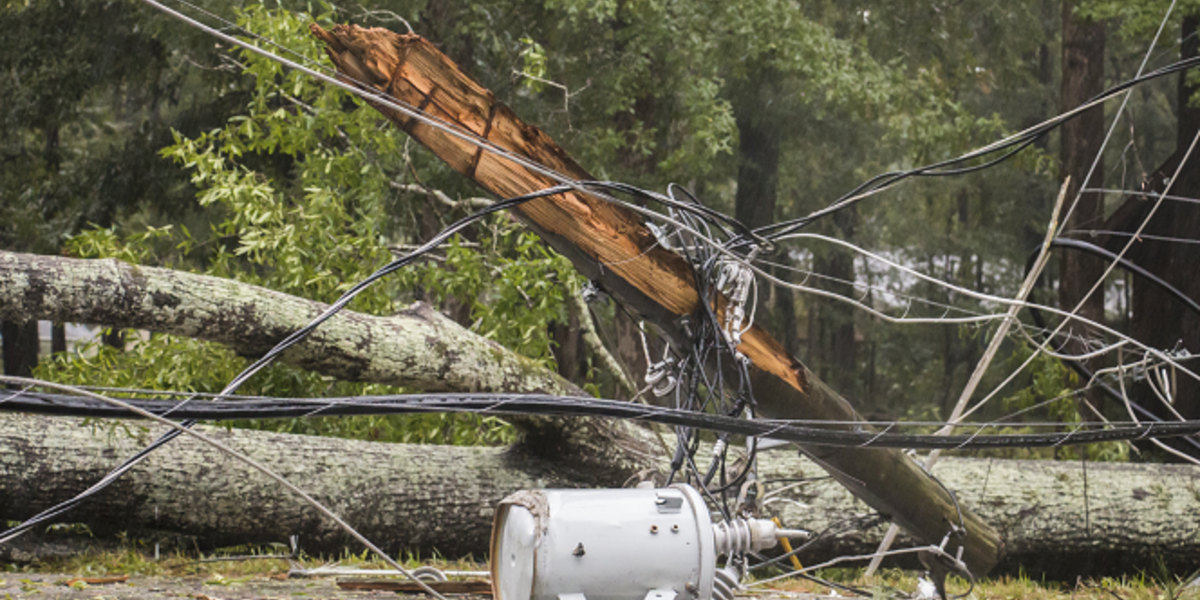 Policymakers in Washington, D.C., have a penchant for kicking the can down the road – putting off today what can be dealt with tomorrow. For decades, one of those well-dented cans has been our disaster recovery policies. In the face of increasing cost and devastation due to extreme weather and climate events, the United States has repeatedly failed to learn its lesson; instead of investing money in preventing or minimizing damage, the U.S. has forced devastated communities to rebuild and replace damaged buildings and infrastructure to the same outdated standards. However, with the recent bipartisan passage of disaster relief reforms, Congress acted to increase the resilience of communities most prone to future disasters and encourage energy efficiency measures that will save taxpayers money.

On October 5, the president signed into law a bill reauthorizing the Federal Aviation Administration (FAA), which included the disaster reforms. The key provisions reformed the Stafford Act to allow federal pre-disaster mitigation funds to be used for state and local adoption of current model building codes, and to bolster state and local workforce development and training programs to ensure proper code enforcement. Why is it such a big deal? While damage from weather events such as storm surge, floods, wind damage, or wildfire may be localized, the rising cost of disaster response burdens all taxpayers. 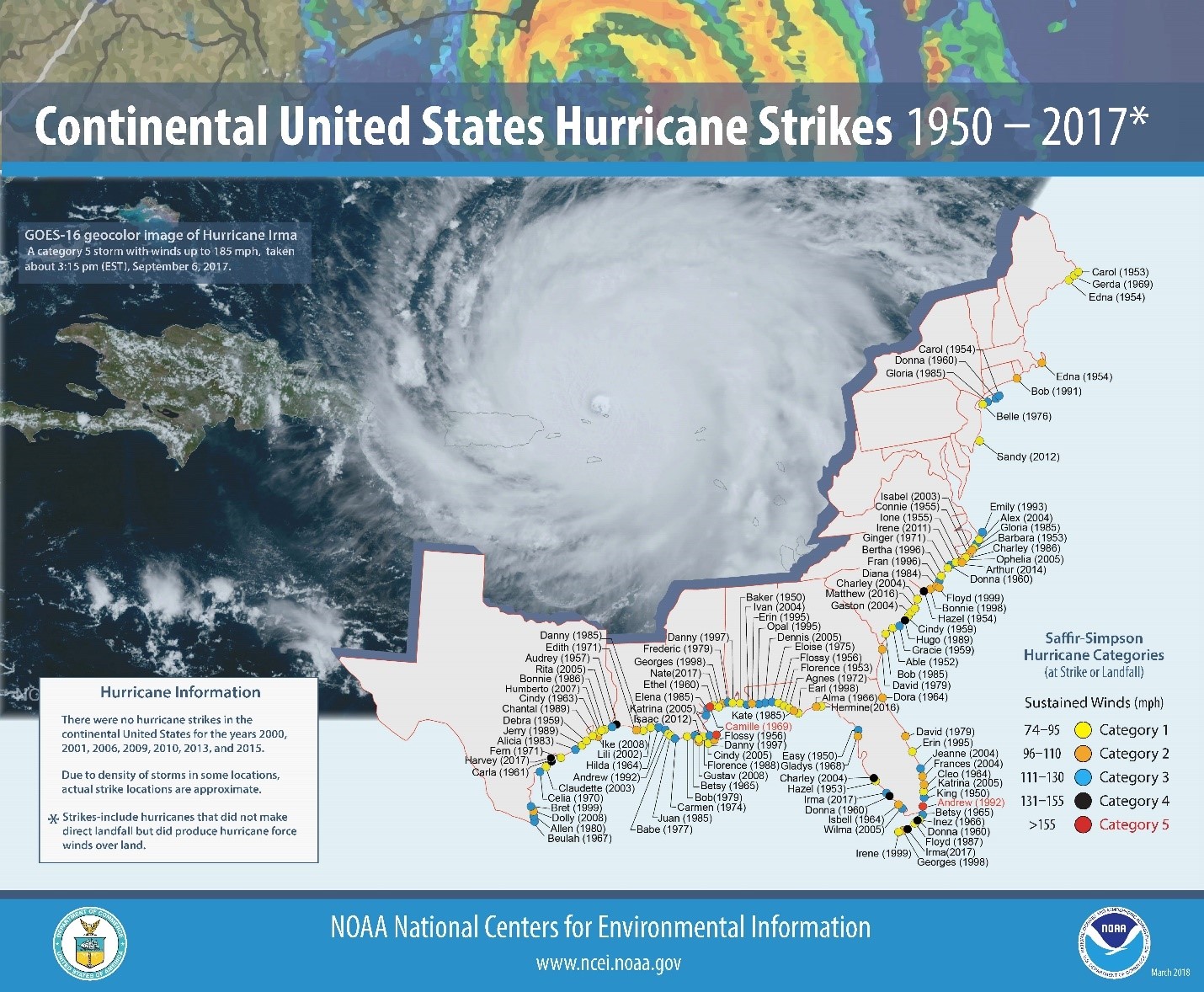 The Existing Law Was Costly for Taxpayers

Unfortunately, the U.S. builds to the events of the past, not those which cloud the horizon. GAO reported in 2016 that standards-developing organizations could enhance resilience of buildings by anticipating future conditions and risks, but instead choose to rely on historical observations. How can we address resilience without building for the uncertainties of the future?

The Alliance has long recognized that continually updated and enforced building energy codes are a cost-effective measure that can not only reduce losses in the wake of extreme weather events, but can also help buildings maintain functionality during a storm, or allow buildings to enable secondary missions, such as acting as a shelter during an event, or as a humanitarian aid center in the aftermath.

Additionally, building energy codes that set minimum energy-efficiency levels in commercial and residential buildings are the only types of codes that deliver savings that help offset the incremental up-front cost of codes that improve other aspects of buildings. While codes addressing resilience to storm-force winds or fire are obviously necessary, they provide a payoff only in worst-case scenarios. Energy codes, on the other hand, deliver monetary benefits from reduced energy consumption every day for the life of the building. A 2017 report by the National Institute of Building Sciences estimates that going beyond the 2015 model building codes (I-Codes) saves $4 for every $1 invested and can result in 87,000 long-term jobs. For areas with no code requirements, the savings can be significantly greater – NIBS calculates a $6 savings to society for every federal dollar granted to mitigation measures. 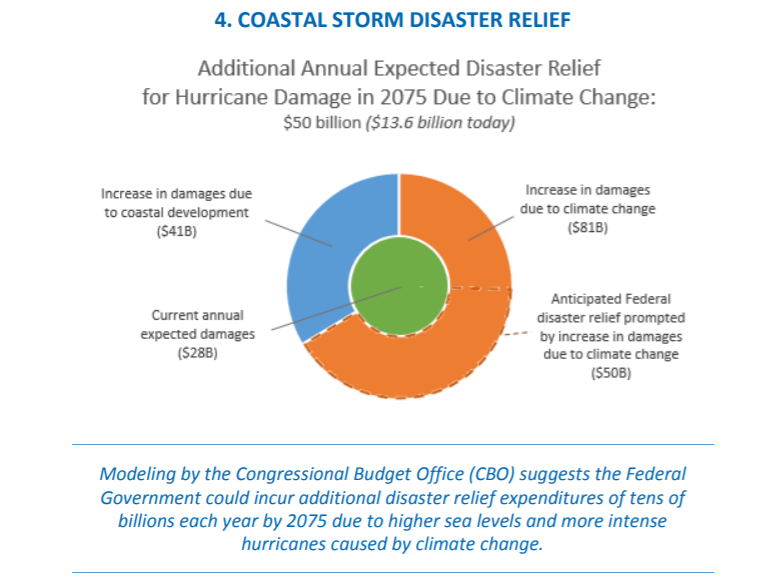 The FAA reauthorization passed at a time when extreme weather once again threatened our economy and communities. According to an April 2018 GAO report, the U.S. spent an average of $35.7 billion annually on federal disaster relief and response due to extreme weather events and wildfires over the past decade –  and that’s likely to increase in the coming decades. In June 2016, Congressional Budget Office concluded that annual spending on disaster relief associated with increased devastation from hurricane damage alone will increase more rapidly than our economy will grow.

Those forecasts are not mere fancy. A barrage of devastating storms including Hurricanes Harvey ($125 billion), Irma ($50 billion), and Maria ($90 billion), contributed to 2017 being the costliest hurricane season on record. The National Oceanic and Atmospheric Administration (NOAA) reported 16 weather and climate disaster events with losses that exceeded $1 billion each across the U.S. last year, with a cumulative cost exceeding $300 billion. While no single event rivaled Katrina’s 2005 price tag, the New England Journal of Medicine reported the average Puerto Rican household went 84 days without electricity and 68 days without water, factors contributing to the estimated 2,975 deaths in the aftermath of Hurricane Maria. 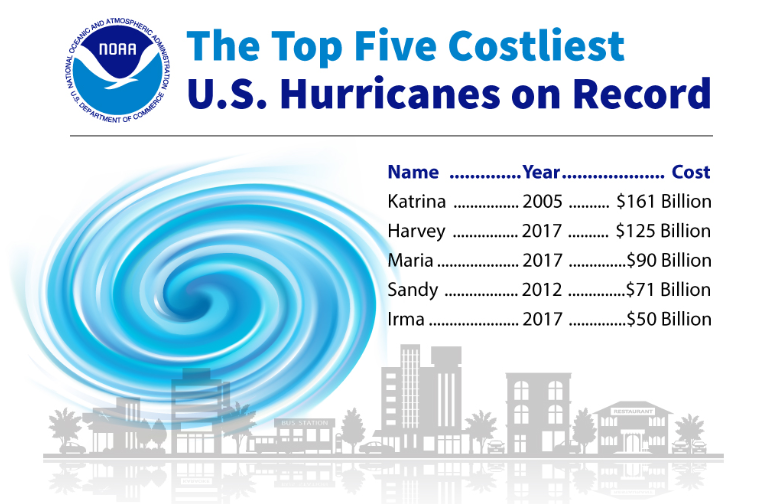 While the historic annual average for $1 billion events is six, the U.S. has averaged 11.6 billion-dollar storm events annually in the last five years. In addition to the 16 events in 2017, there were also 16 in 2011 and 15 in 2016. The 11 events encountered so far this year vaults 2018 into the rankings as the fourth-most active year for billion-dollar weather and climate events – without counting Category 4 Hurricane Michael, which made history as the most powerful hurricane to ever make landfall in the Florida Panhandle. This awful context helps explain and illustrate the importance of the improvements to resilience that will follow the FAA reauthorization. 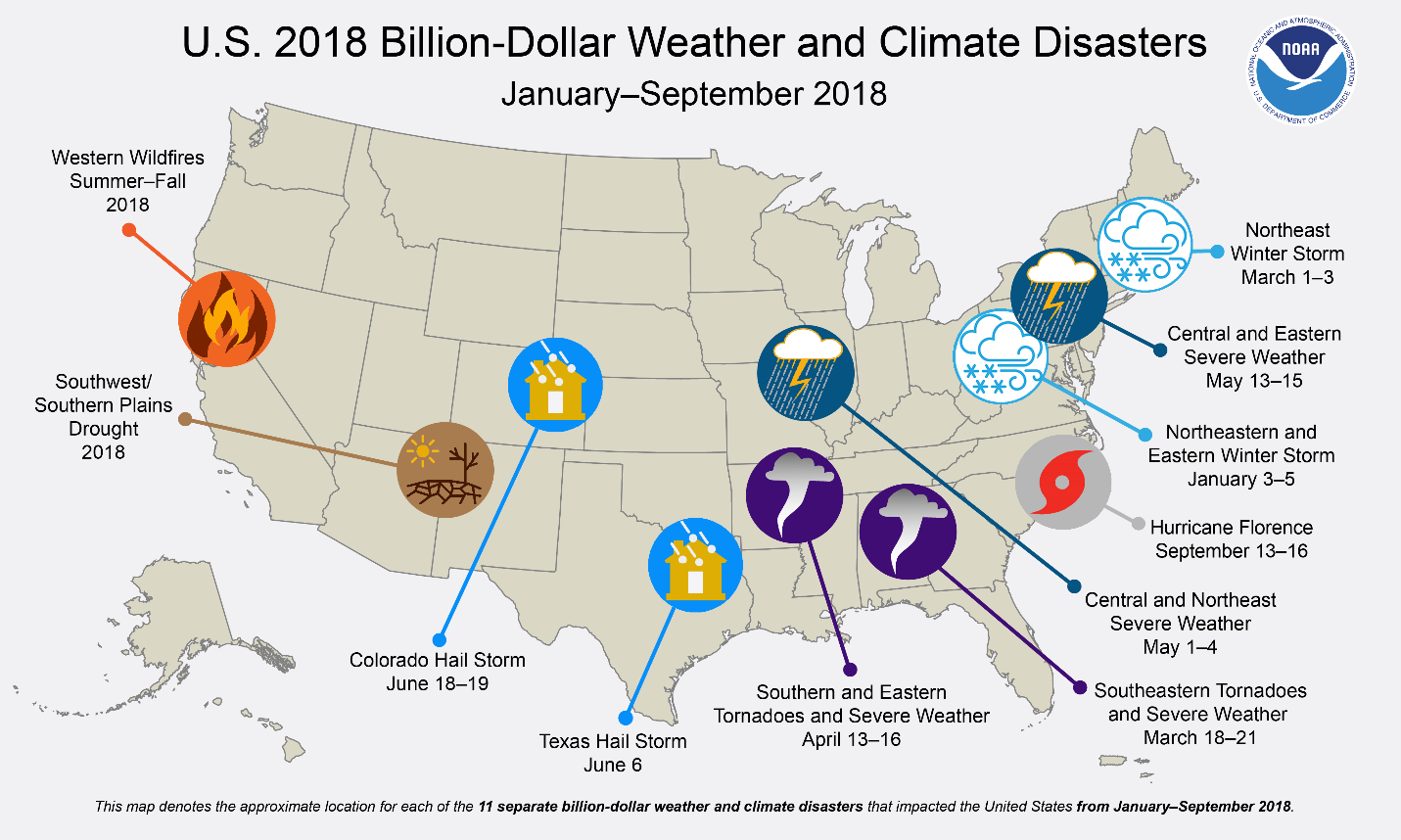 The International Code Council (ICC), which designs building codes through a stakeholder process and presents those codes to state and local governments for adoption, makes it clear: Resilience starts with strong, regularly updated, and properly implemented building codes. Building codes can address multiple adaptation and mitigation measures to reduce loss in a cost-effective manner. Strategies recommended in the aftermath of Maria reinforced this message. In order to reduce costs of necessary grid modernization, DOE solutions for Puerto Rico included updating and enforcing building energy codes and implementing other energy efficiency programs.

Stafford Act reform was a necessary stepping stone to building resilience – building to avoid repeating the same mistakes instead of building to replace the broken stuff. As DOE recognized in its Solutions Report, demand-side energy resources not only reduce cost but also increase resilience by removing stress on the grid entering an event, managing energy systems during an event, and identifying problems after an event. Advanced metering, for example, can detect which portions of the grid are functional, allowing utilities to restore power more quickly; on-site storage can enhance grid reliability through black-start service to reboot the grid once disrupted, or peak shifting to reduce the cost of generation. Managing energy demand simply requires less big, expensive stuff that breaks.

These reforms are a long overdue but welcome effort. Thanks to the changes in the Stafford Act, local communities and state governments can avoid spiraling into a never-ending cycle of rebuild and replace, and can begin to plan for a more resilient future – and that’s something from which we all benefit.