The IPCC report offers an “unless.” Lawmakers, please take it.
Skip to main content

The IPCC report offers an “unless.” Lawmakers, please take it.

The IPCC report offers an “unless.” Lawmakers, please take it. 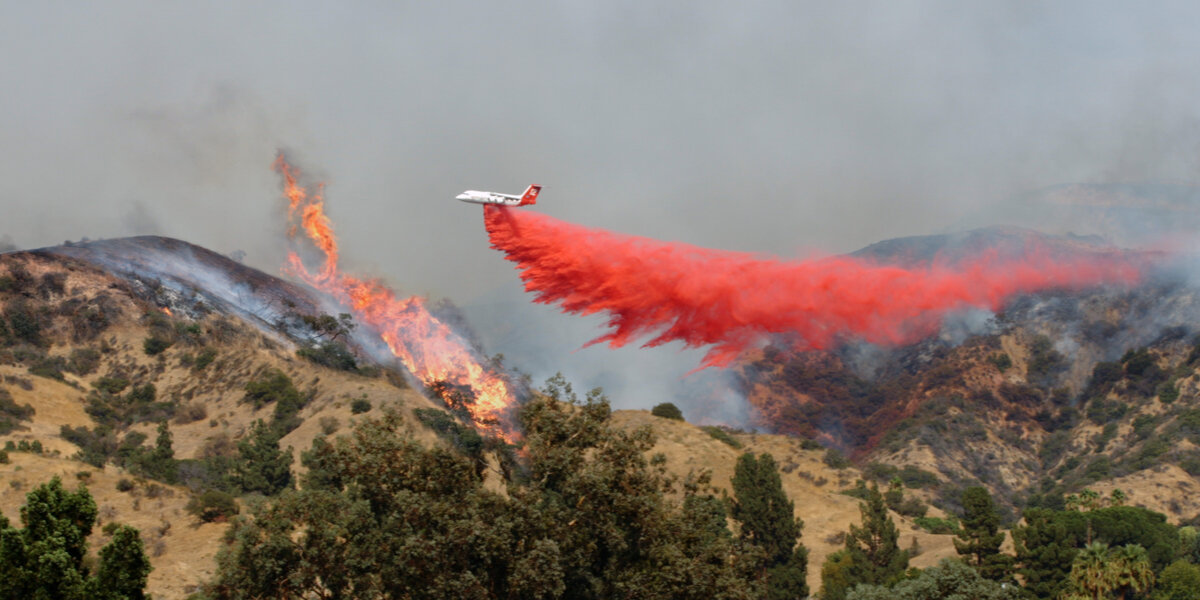 During my sophomore year of college in Thousand Oaks, California, my roommates and I were driving back to my dorm after a late-night frozen yogurt run when I saw that the hills behind campus were glowing. Orange crackled along the ridgetop – the oak trees and chapparal I often hiked through going up in flames. This was the Thomas Fire, which was not so much a “forest fire” as a “city fire.” It managed to avoid my campus, but traveled more than 12 miles in a matter of hours and burned through the heart of Ventura, home to more than 100,000 people. It was the largest wildfire in California’s history.

Until the next year.

Three out of the four years I lived in California, wildfires got within miles of campus, each one more threatening than the last. My finals prep included studying with a go-bag packed with important documents and a change of clothes beneath my desk. Those experiences were on my mind this week when the United Nations Intergovernmental Panel on Climate Change released its Sixth Assessment Report on climate change, offering a stark warning of a rapidly warming world. If you haven’t taken a look yet, fair warning: it’s grim. U.N. Secretary General called the findings “code red for humanity.”

One excerpt of note:

‘Global warming of 1.5°C and 2°C will be exceeded during the 21st century unless deep reductions in carbon dioxide (CO2) and other greenhouse gas emissions occur in the coming decades.’

Believe it or not, that sentence is actually one of the report’s most hopeful, because of a single word: unless. There is still a window of opportunity to cut carbon emissions and avoid the worst impacts of climate change. Achieving net-zero carbon emissions by 2050 – a goal that the International Energy Agency outlined as plausible in a global roadmap this past May – could limit warming to 1.5 degrees Celsius. But we’re simply not on track for that. Current policies would lead to an estimated increase of 3 degrees Celsius by the end of the century. Three degrees might not sound like the end of the world, but keep in mind that the massive increase in acres burned by wildfires, heat wave frequency, and coastal flooding – just to name a few climate change indicators – have been occurring at about 1 degree of temperature rise.

That “unless” is an opportunity to prevent avoidable natural disasters, billions of dollars in property damage, conflict from resource scarcity and climate migration, and – at all levels – human suffering. The U.N. Secretary General called it code red because there’s no sugar coating it: we need to act now.

In the IEA’s May “Roadmap for the Global Energy Sector,” a series of recommendations were provided for achieving net-zero emissions by 2050. While many people’s first thought when picturing climate solutions is a wind or solar farm, the IEA identifies seven “pillars of decarbonization,” and the first listed is minimizing energy demand through energy efficiency improvements. In fact, the IEA finds that energy efficiency measures must be “front-loaded” to reach net-zero by 2050, with a 4% annual rate in energy intensity improvements needed through 2030. Achieving that has to mean leaving the status quo behind and implementing bold energy efficiency policies to decarbonize the built environment, industry, and transportation.

Moreover, it’s clear that no one technology or program is going to get this done. We need every tool in the toolbox – and we need all those tools working in unison. The Alliance has been pioneering an Active Efficiency approach to energy management that seeks to bring together disparate decarbonization tools – including smart home devices, distributed energy resources (like rooftop solar or electric vehicles), and demand flexibility – in order to achieve the deepest, fastest impact.

That word “unless” is a fragile thing in the nearly 4,000-page-long IPCC report – a report that validates the experiences of millions of people who have seen climate change’s consequences firsthand by stating: “it’s here, and it’s our responsibility to stop it.” We know the solutions, and now our leaders must take this lifeline seriously and get them into place.