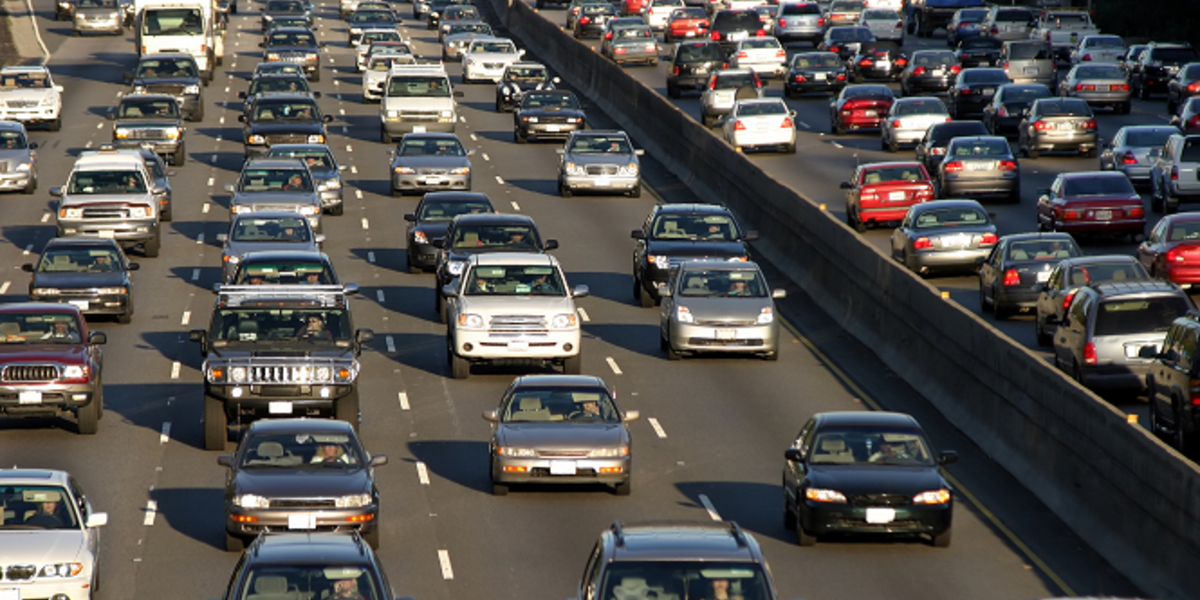 There’s good news and bad news out of California. The state has set strong targets for reducing carbon dioxide emissions from transportation and is a leader in adopting electric vehicles, which are more efficient than their traditional equivalents. But in the last several years, the average Californian’s vehicle travel has increased, together with emissions, according to a recent report from the California Air Resources Board, the state’s air regulator.

The findings are a sober but important reminder that achieving an energy efficient transportation sector isn’t just about the efficiency of the vehicles themselves, but also about how communities are planned and built. 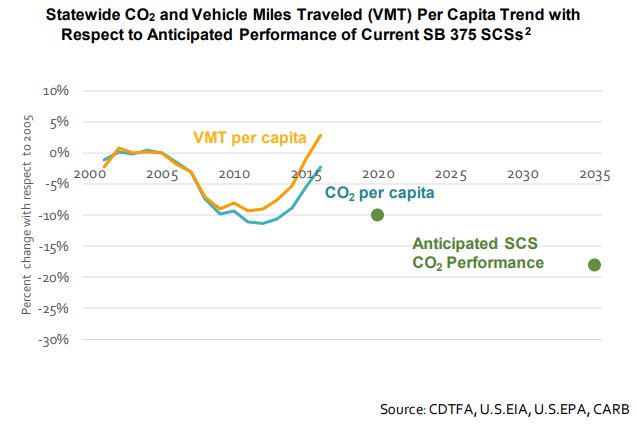 The Board’s report is a pulse check on the state’s progress made toward meeting the climate goals outlined in SB 375, which is touted as a “first-of-its-kind law” that recognizes urban sprawl as a systemic contributor to climate change. Accordingly, the law seeks to tackle unsustainable patterns that have characterized California’s regional growth by requiring all 18 regional Metropolitan Planning Organizations to address the interconnected relationship of land use, housing, economic and workforce development, transportation investments, and travel choices in comprehensive plans known as “sustainable community strategies.”

In many parts of California, housing construction and permitting are significantly behind needs and rental costs continue to increase, leading people to move farther from job centers. Consider the city of San Francisco: With the average rental price hovering around $1,700/month, many of those who work in the city are unable to put down roots, producing horror stories of super commuters – those who spend more than 90 minutes traveling to work every day. While the Bay Area experience is perhaps an extreme case, Californians still have some of the longest commutes in the nation, clocking in at over 28 minutes.

It’s a far cry from the walkable, bike-able, and transit-friendly communities imagined by the authors of SB 375. Decision-makers across the state have not gone far enough in making the land-use changes needed to reduce energy use in the transportation sector.

Reforming development and planning is not an aspiration, the report argues, but a necessity: “With emissions from the transportation sector continuing to rise despite increases in fuel efficiency and decreases in the carbon content of fuel, California will not achieve the necessary greenhouse gas emissions reductions to meet mandates for 2030 and beyond without significant changes to how communities and transportation systems are planned, funded, and built.”

The authors outlined eight areas for policymakers to prioritize, including improving incentives for affordable housing projects near high-opportunity locations and launching pilot projects that accelerate a change in travel choices away from single-occupancy vehicles.

When it comes to climate-related initiatives, Californians are known for accepting the challenge, and will need to step up here. But there’s a broader lesson that applies to much of the country: We must make our vehicles more efficient, but we also need to reduce commute distances and reliance on single-occupant cars. Deeply cutting our energy use – and our greenhouse gas emissions – from transportation requires that wider approach.