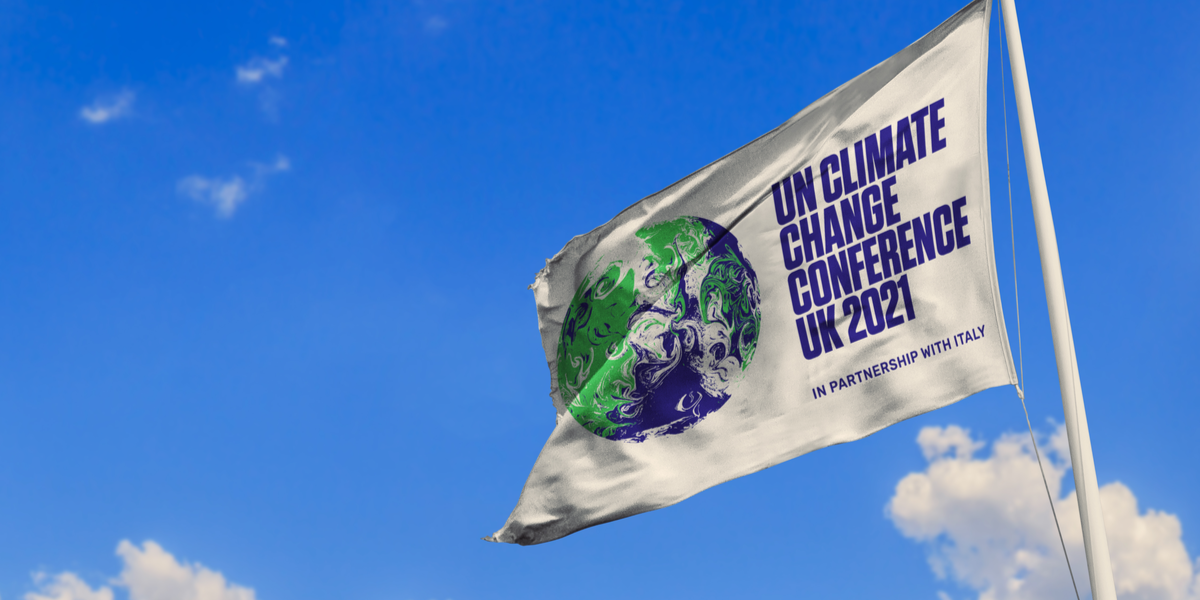 “Paris built the arena. Glasgow starts the race.” John Kerry, the U.S. Special Presidential Envoy for Climate, summed it up well in his closing remarks at COP26 last week in Glasgow. I was fortunate enough to be part of the Alliance to Save Energy and the Business Council for Sustainable Energy’s delegation to Glasgow and my key takeaways on this latest COP are heavily influenced by the work I do every day. For well over a decade, I have been developing, financing, and implementing large-scale energy efficiency and renewable energy projects and programs for businesses, schools, hospitals and local governments. It was energizing to take a step back from project-level pursuits and see the remarkable shifts that are starting to take hold, which include:

However, as encouraging as these changes are, it is tough to reconcile the gap that exists between higher level announcements on net zero and progress on the ground. Longstanding corporate practices do not integrate climate into standard operating procedures or investment decisions which results in projects getting delayed or deferred. Corporate procurement practices don’t yet reflect the urgency of C-level net zero commitments and lack incentives to move climate positive projects forward quickly at the facility level. Without embedding and assigning value to GHG abatement, projects can stall at precisely the time we urgently need to be scaling and accelerating. Until the value proposition of GHG abatement is built into plant-level decision-making, many companies will remain stuck in the starting blocks of the net zero race.

All of this speaks to what will be the real determinant of success in the fight against climate change: getting the ground-level and enterprise-wide support for action. Top-down policies and private sector investment are critical and will ultimately take hold, but the risk we face is that it will take too long for project-level decisionmakers to buy-in and sign off on GHG abatement projects.

Depending on how you run the numbers, commitments coming out of Glasgow could limit warming to 1.8 degrees Celsius or as high as 2.7 degrees Celsius (if you omit commitments that aren’t officially Nationally Determined Contributions). This is progress, but it’s still north of the 1.5 degrees Celsius target and lacks the concrete actions that are needed this decade.

With an eye to getting real GHG abatement done, what do we need to do? Matthew Banks, Associate Director of Sustainability from Guidehouse, another Alliance Associate, puts it this way: “to move from commitment to implementation within companies, the pursuit of GHG targets needs to be rooted in more of a corporate-wide endeavor no different than enterprise management systems like Six Sigma, LEAN, or Kaizen which integrate process improvements and decision-making throughout the enterprise.”

Locking in new processes and procedures that help remove the disconnect between corporate and plant-level parties is absolutely key and should include items like aligning compensation to GHG reductions and valuing the cost of delay on climate protection related investment (as was a hallmark of the Carbon Disclosure Project’s and the World Wildlife Fund’s 3% Solution to drive profits through carbon reductions).

As encouraging as high-level commitments on net zero are, there needs to be an accompanying directive and alignment of incentives that flows down to the project-level implementation at facilities where actual GHG reductions are achieved. When top-down meets bottom up, that’s when the race to net zero will really begin. Given the clear signals from Glasgow, we can’t afford to wait much longer.