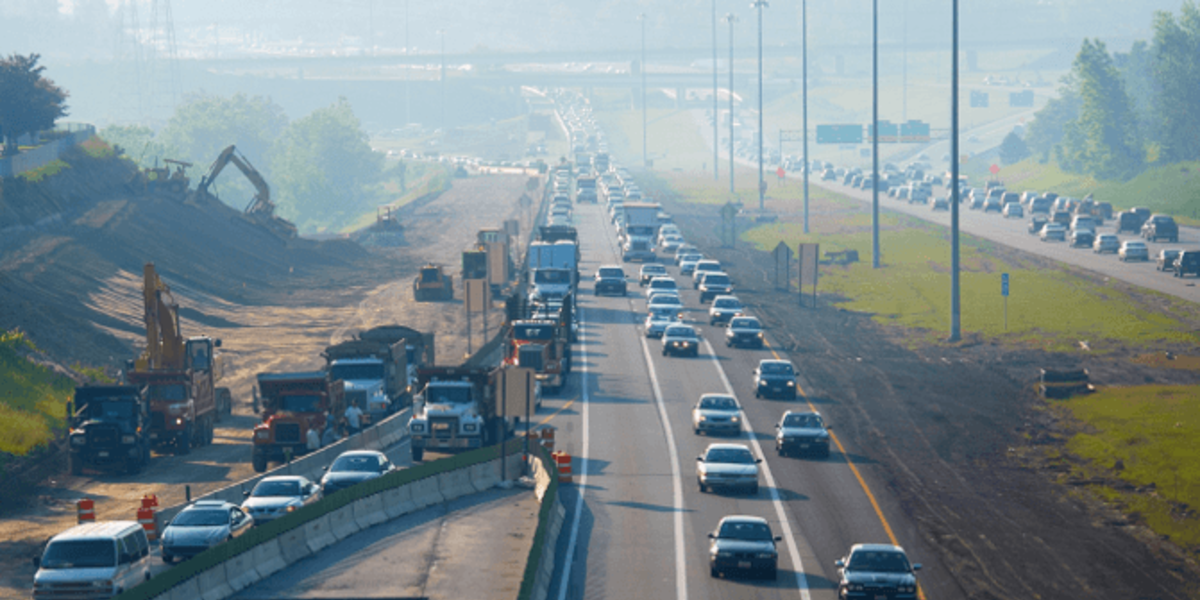 It was hailed as a bipartisan breakthrough: Back in 2015, Congress passed the Fixing America’s Surface Transportation (FAST) Act, a bill authorizing federal spending on highway and public transportation programs through September 30, 2020. With more than a year left for lawmakers to pass the next big long-term transportation authorization bill, the Senate is getting a head start.

The U.S. transportation sector has transformed since initial passage of that 2015 bill, overtaking power plants as the top emitter of greenhouse gases, even with the increased presence of electric and alternative fuel vehicles. The upcoming transportation reauthorization bill presents a key opportunity for lawmakers to set new policies to help significantly reduce energy use – and greenhouse gas emissions – from the sector.

Senate Committee Hits the Gas on a Surface Transportation Bill

In a recent Senate Environment and Public Works (EPW) Committee hearing on the matter, Chairman John Barrasso (R-Wyo.) said he intends to release a bipartisan bill soon and advance it through the committee (reportedly on Aug. 1) before lawmakers leave D.C. for the August recess. While public details of the legislation are scarce, the hearing gave an idea of the committee’s reauthorization priorities – and where and how those priorities present opportunities to make transportation more energy efficient.

The Alliance’s 50x50 Commission – a group including leading vehicle manufacturers, utilities, environmental and consumer groups, and technology companies – last month issued a proposal for lawmakers to help create the infrastructure to support more energy-efficient transportation. The plan includes a series of ideas that could be incorporated into the reauthorization bill. 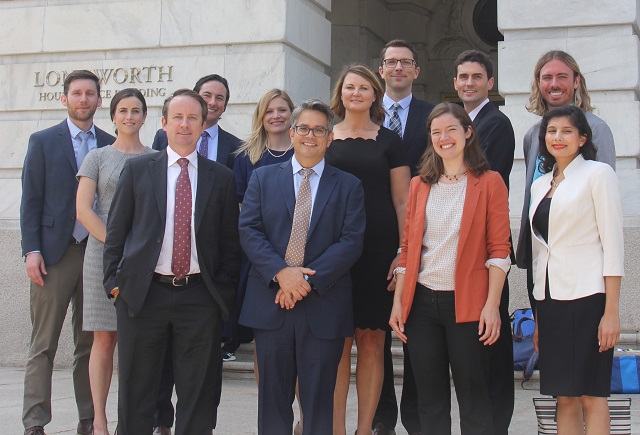 Members of the 50x50 Commission gathered on Capitol Hill Thursday to press our priorities with members of the committees developing the bill.

How are the Senate’s discussions squaring with the 50x50 recommendations so far? Let’s take a look.

Funding Stability as a Must-Have, Not a Nice-to-Have

A common pitfall in considering reauthorizing legislation is taking a short-term approach to a long-term issue. A failure to reauthorize a program in a timely manner, or only reauthorizing a program for a short period of time leads to uncertainty, and in turn a hesitance and failure to undertake large, long-term projects due to this inability to plan for the future.

In the recent EPW hearing, Senators and witnesses acknowledged the need to address the current funding structure of the Highway Trust Fund (HTF) and the lack of resources for infrastructure and surface transportation projects. The Chairman and Ranking Member both noted that those who use the highways should pay for the highways. And they said the expansion of the electric and alternative fuel vehicles market necessitates a change in the current funding structure, as fuel taxes – which these vehicles don’t pay into – make up almost 90 percent of the revenue raised for the HTF. Revenue measures, a critical component of the bill, are outside of EPW’s jurisdiction and will go through the tax-writing committees.

The 50x50 Commission’s plan calls for a long-term solution on funding for surface transportation, including for addressing our nation’s crumbling infrastructure and supporting innovative transportation technologies. Ensuring long-term funding will involve revising sources of funding for the Highway Trust Fund (expected to reach insolvency in 2021), leveraging proven federal grant programs, and improving access to financing for efficient transportation. While the 50x50 Commission doesn’t make a specific recommendation on the HTF, it broadly supports contributions from all vehicles using our infrastructure while supporting the growth of efficient vehicles.

State Programs are Key and Flexibility is King

In their opening statements, Chairman Barrasso and Ranking Member Tom Carper (D-Del.) laid out their priorities for the forthcoming bill. Chairman Barrasso focused on maintaining maximum flexibility for states to address their unique infrastructure needs, on ensuring access to federal funds for all, and on reducing regulatory barriers to ensure projects can move forward quickly and efficiently.

Referencing the increase in severe weather events, including devastating nationwide flooding, Sen. Carper stressed the need to address climate and resiliency in this bill. He said electric and alternative fuel vehicles can help lower emissions, and that the bill must make smart investments in addressing the current lack of nationwide charging infrastructure.

Reflecting the expansion of the electric and alternative fuel vehicle market, the 50x50 recommendations also propose a new grant program to install electric vehicle fueling/charging infrastructure along the National Highway System and to improve access in less-connected areas, like U.S. national parks and memorials.

July has historically been an eventful month in Congress with a flurry of legislative activity before the month-long August recess. This year, with the added urgency to address the looming debt limit and a budget deal (or lack thereof) before the break, it’s encouraging that Senate EPW is pushing forward to not only consider, but report out of committee, a surface transportation reauthorization bill.

While the Senate is moving full steam ahead on surface transportation, the House is still looking at a timeline that stretches into next year. As we get closer to 2020, delaying consideration runs the risk of falling into the endless election-year loop of indecision at a time when the transportation sector is most in need of investment.