More Than Keeping Up With the Joneses, Grand Rapids is Leading in Energy Efficiency | Alliance to Save Energy
Skip to main content
04/01/14 :

More Than Keeping Up With the Joneses, Grand Rapids is Leading in Energy Efficiency 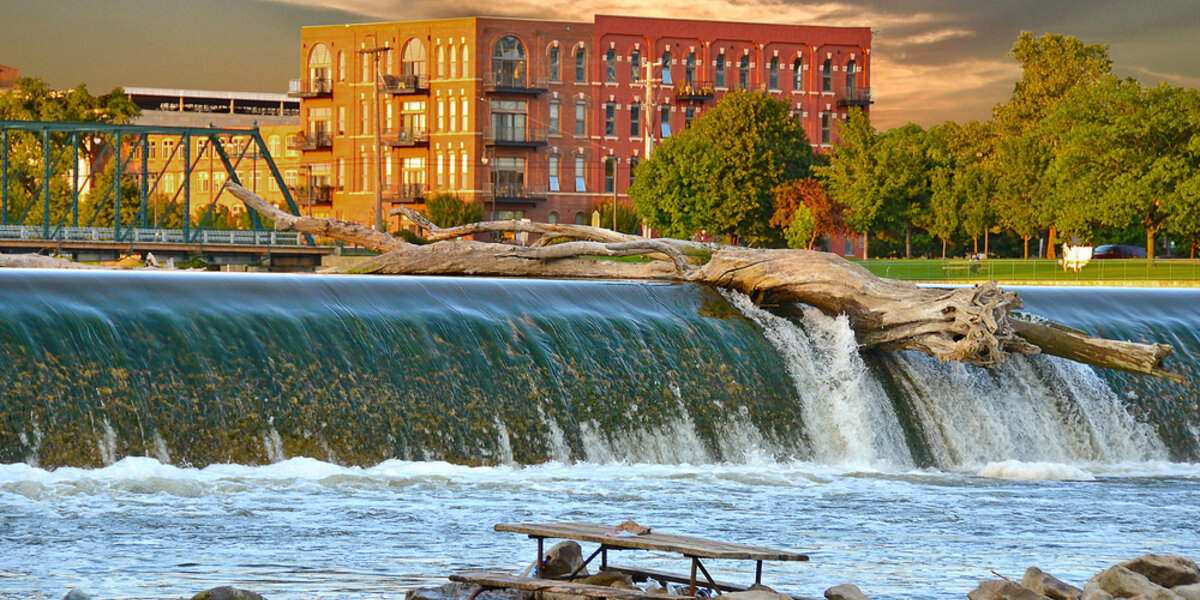 After an incredibly successful Energy 2030 On the Road event in Ann Arbor yesterday, we were inspired by the energy efficiency efforts being made across Michigan. At the event, Grand Rapids Mayor George Heartwell joined Ann Arbor Mayor John Hieftje in endorsing the Energy 2030 goal to double energy productivity by 2030 through investment, modernization and education. Here’s a look at what Grand Rapids has already done to support energy efficiency:

In 2010, the State of Michigan received a $430 million grant from the Department of Energy to establish the Better Buildings for Michigan program. Better Buildings makes it easier for homeowners and commercial building owners in Grand Rapids, Detroit and Southeast Michigan suburbs to make energy efficiency improvements by providing loans and other incentives.

The city is currently guided by the FY2011-FY2015 Sustainability Plan – a multi-year adaptable document laying out specific and measureable outcomes related to energy and climate. The plan aims to increase energy efficiency of city facilities by at least 10% by 2015 while decreasing greenhouse gas emissions. The city already has a history of meeting energy related goals - the target to reduce municipal energy consumption from 110,000 megawatt hours to 103,000 MWh by 2013 was met two years ahead of schedule.

As another guide for smart energy use, Grand Rapids’ Energy Efficiency and Conservation Strategy (EECS) was developed in 2009, with over $1.9 million in funding from the Department of Energy’s Energy Efficiency and Conservation Block Grant (EECBG). The EECS is a “formal vision document” developed with input from Mayor Heartwell and city commissioners, staff and community leaders. The Strategy aims to reduce energy use and GHG emissions through the expansion of community partnerships and programs.

In September 2013, City Commission authorized a $500,000 streetlight audit funded by a voter-approved temporary income tax increase. The audit was designed to make recommendations for more efficient street lighting technology and to provide more data for changing the system. Grand Rapids has since begun the process of installing LED street lights across the city. Officials budgeted $3.9 million for street lighting in the 2014 fiscal year, and once the retrofit is complete, electricity use will be reduced by an estimated $425,000 per year.

Don’t Just Take Our Word For It:

We’re not the only organization that recognizes Grand Rapids for being a leader in energy productivity. The city has received an impressive number of high-profile awards in recent years:

Ann Arbor’s neighbor is a clear leader in energy efficiency. With Mayor Heartwell’s endorsement of the Energy 2030 goal, we anticipate seeing even more energy productivity policies and practices come out of Grand Rapids in the near future.

In case you missed it, watch the event in full here. Video footage courtesy of Detroit Public Television.