“A huge difference in comfort and costs”

“A huge difference in comfort and costs” 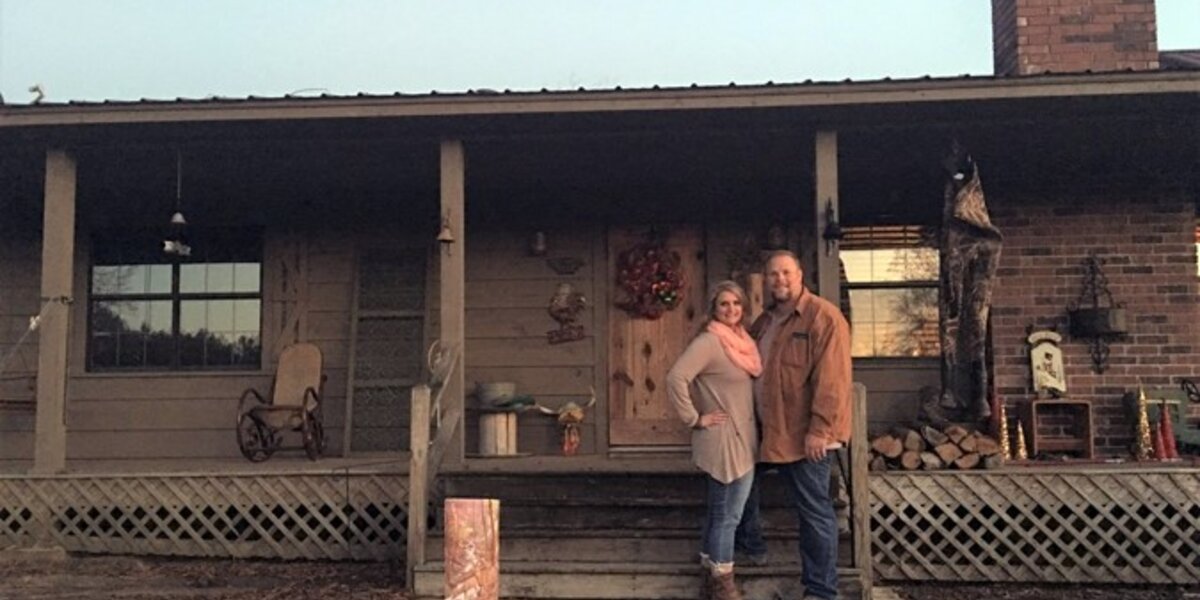 Photo: Kassy and Scotty Starr at home in Sparkman, Arkansas

Kassy Starr grew up in rural Arkansas, about 50 miles north of her current home in Sparkman where she lives with her husband Scotty.

“We met at the Harley Davidson in Hot Springs and moved here in 2011,” Kassy says. “This used to be Scotty’s grandmother’s home.” The closest grocery store is about 30 minutes away, and the nearest gas station, five miles away, only opened a couple of years ago.

The Starrs wanted to move to Sparkman to “be in the country, live the simple life,” she says.

Since they bought their home, they have been investing in more land to be able to raise cows for beef. “We purchased more land,” Kassy says, “which has allowed us to grow, from 7 acres that came with the home, to 59 acres today.” 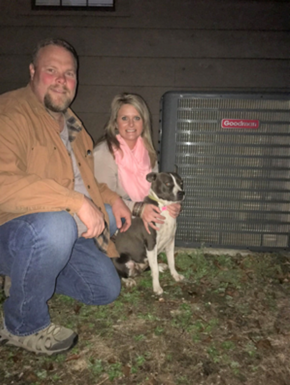 As they look ahead to making their farm viable financially, she works at the Christian Health Center that treats patients who lack health insurance, and her husband works at Woodfield Trucking, a family business.

Prioritizing investments in land and cattle was important to build for the future, but Kassy says that she and her husband also knew their home was in desperate need of upgrades as well. In the heat of summer, electric bills were up to $330 monthly, which they knew were way too high for the modest two-bedroom home, but saving for a new HVAC system was difficult given other expenses.

The Starrs get their electricity from a local rural electric cooperative in Arkansas called Ouachita Electric, and Kassy had heard about the cooperative’s new on-bill financing program for energy efficiency called HELP PAYS, which is based on the Pay As You Save® (PAYS®) system.

Here's how the process worked for Kassy:

There’s no loan, no credit checks, dealing with banks, finding contractors—in short, no hassles. And the cost recovery charge stays with the meter, not the resident, so renters can participate, too.

The whole process to get started was “so easy,” Starr says, “and the next thing I know they’re calling to set up the upgrades: insulation, installing the new HVAC system, then Ouachita Electric came out to confirm it was all done correctly.” After the upgrades, Ouachita Electric ordered a final energy audit, to show the savings. The upgrades were completed in September 2016, and energy use dropped nearly 23 percent compared to the year before, even though September 2016 was hotter (and required more air conditioning power) than 2015. 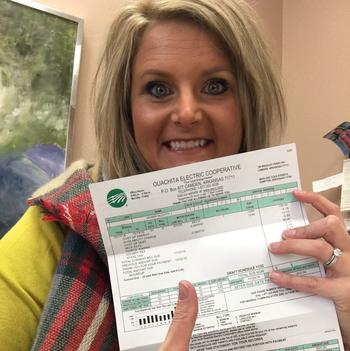 “It immediately made a huge difference in our home’s comfort,” Starr says. “The new air conditioning was so much better at the end of the summer—before, we were running our air conditioning nonstop, and the house was still too warm.”

Additional attic insulation and sealing leaks around vents keeps that more comfortable air inside, where it belongs. “My monthly bill is lower than before, and now we have more than $8,000 in energy efficiency upgrades that will be repaid painlessly through energy savings,” Starr says. “We’d seen a yard sign at a local home where HELP PAYS work was being done, and now many of our family and friends are also taking advantage of it—I totally recommend it! Before, we were trying to save for these energy upgrades, but now we can use that money for other expenses and investing in our cattle farm.”