How can systems-level integration and intelligence reduce building energy consumption and operating costs? | Alliance to Save Energy
Skip to main content

How can systems-level integration and intelligence reduce building energy consumption and operating costs?

How can systems-level integration and intelligence reduce building energy consumption and operating costs? 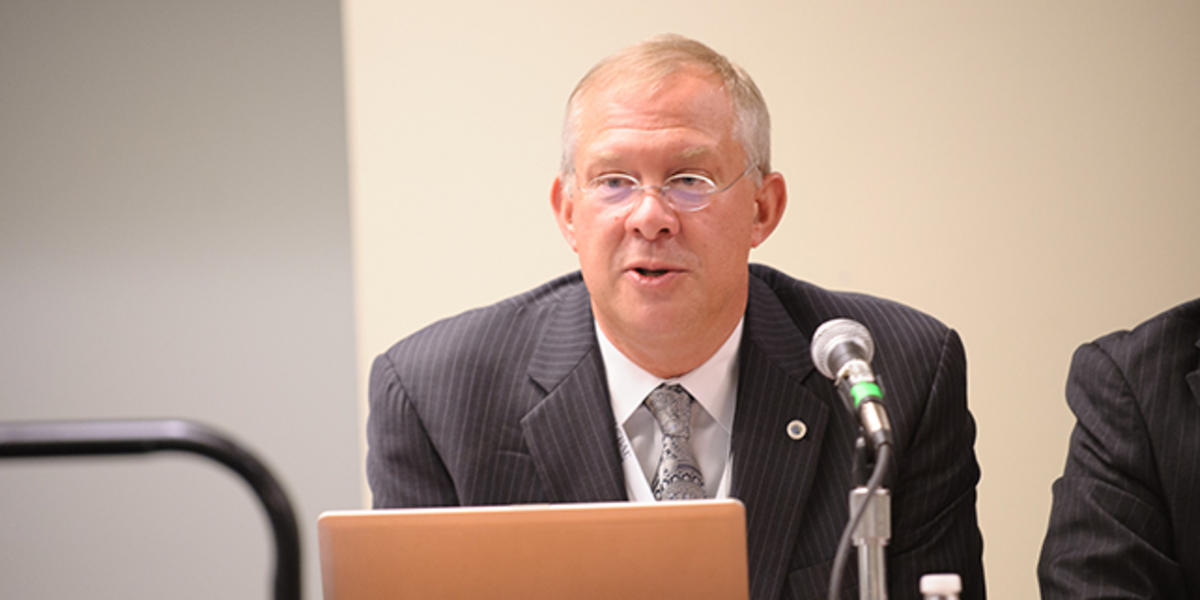 Clay Nesler, Vice President of Global Energy and Sustainability at Johnson Controls, who moderated the panel "Intelligent efficiency: how can systems-level integration and intelligence reduce building energy consumption and operating costs?" at EE Global 2016, led participants in exploring the ways in which public policy and market-driven trends are increasingly influential in energy consumption management for commercial and residential buildings. The panel also introduced the concept of “intelligent systems” within the energy efficiency space as an opportunity for the private sector and consumers.

The panelists agreed that the building sector accounts for a sizable portion of energy use in many countries. With nearly 30 percent of primary energy consumption worldwide coming from buildings, climate change mitigation must include strategies that improve upon efficiency within buildings, stated Srinivas Katipamula, Staff Scientist of Pacific Northwest National Laboratory. In order to do this, it is important that we utilize intelligent systems, which achieve building energy savings by connecting devices within the building to each other and the internet, as well as by learning the preferences of occupants.

Neal Elliott, Associate Director for Research at the American Council for an Energy-Efficient Economy (ACEEE), pointed out that “Intelligent systems are less a new technology and more a recognition of a structural change within the market.” With the advent of big data and the ability to manage trends in energy use and consumption, a systems-integrated approach has created a technological disruption which allows for devices to be monitored and for end-users’ consumption patterns to be analyzed. Using complex algorithms and software, systems-integrated intelligence can drive enhanced efficiencies, and thus energy savings – as well as lower carbon footprint in buildings. From small systems to whole buildings and campuses, the potential for the expansion of intelligent systems to include manufacturing and entire supply chains provides an opportunity for the private sector. However, moving forward it will also be necessary to scale up intelligent efficiency to encompass entire cities and urban infrastructure.

Tom Lowery, President of Building Control Systems at Legrand North America, expanded upon fellow panelists’ remarks, exploring the benefits of intelligent efficiency that exist beyond energy savings. He explained that intelligent efficiency has the potential to contribute to increased occupant well-being and productivity, citing new trends in human-centric lighting that can enhance the productivity of a building’s occupants. Lowery and other panel participants also cited the Alliance to Save Energy report entitled “Greater than the Sum of its Parts: The Case for a Systems Approach to Energy Efficiency (Sum of its Parts),” which examines key strategies for driving efficiency through a greater emphasis on a systems-level efficiency.

Joseph Stagner, Executive Director of Sustainability and Energy Management at Stanford University, discussed his experiences helping to transform the consumption patterns of the Stanford University campus, which houses several hundred variously-sized buildings. He explained that this transformation was made possible through heat recovery tactics and the use of a predictive control model that analyzed energy-use patterns among and between buildings. By integrating systems between multiple buildings and optimizing consumption, the university eliminated consumption of natural gas and increased the use of renewables in the university’s portfolio.

Concluding with a discussion of government’s role in promoting systems-level integration and intelligence, the panelists agreed that many members of Congress are already advocates of intelligent efficiency, citing the bipartisan work of Senators Jeanne Shaheen of New Hampshire and Rob Portman of Ohio. Elliot stated that we ought to allow the market to evolve naturally and to focus on fomenting innovation rather than implementing further regulations and standards. This is not to discount the importance of codes and standards, he explained, which in California have allowed for greater integration of smart technologies that can be embedded within various systems – from water and heating, to cooling and lighting. Encouraging stronger national-level support for the adoption of technologic advancements in intelligent efficiency will increasingly be needed to create value, lower emissions and enhance the overall productivity of building operations across all industries.

* The Energy Efficiency Global Forum 2016 was held on May 11-12, in Washington D.C. Click here to read a summary of all sessions.