On National Healthy Schools Day, Commit to Better Buildings for Our Kids | Alliance to Save Energy
Skip to main content

On National Healthy Schools Day, Commit to Better Buildings for Our Kids

On National Healthy Schools Day, Commit to Better Buildings for Our Kids 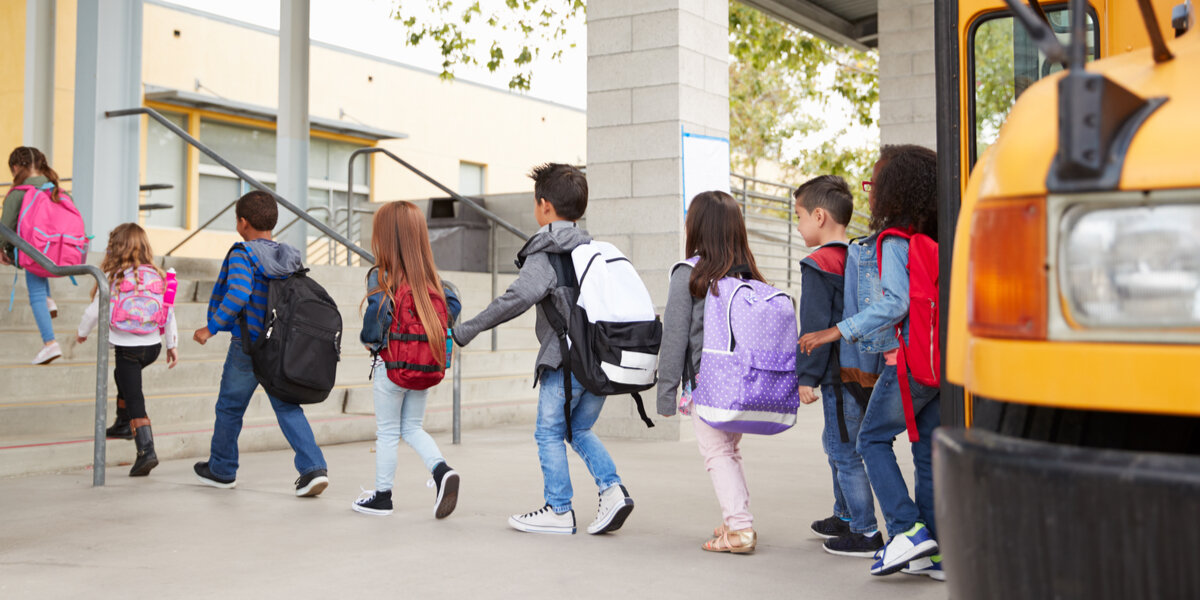 National Healthy Schools Day has been recognized since 2002 as a day of advocating for healthy school environments for our nation’s children. This year, the day falls on April 6, giving it the sad distinction of being the second National Healthy Schools Day to occur while many children are still not in the classroom on a daily basis due to COVID-19.

COVID-19 has put school infrastructure on the national stage. The American Society of Civil Engineer’s 2021 Infrastructure Report Card gave U.S. schools a D+ score – one of only a few categories to fail to improve over the past four years. Similarly, a GAO report released last June found that more than half the public school districts in the U.S. need to update or replace multiple building systems or features in their schools. And particularly concerning is the fact that 36,000 schools nationwide need to replace or upgrade their HVAC systems – a pressing issue given that poor ventilation facilitates the spread of COVID-19.

Our country’s schools are past due for an upgrade to improve the safety and resiliency of the buildings that more students are returning to every day. That’s why the Alliance is calling on Congress to pass the Open Back Better Act, being led in Congress by Sen. Tina Smith (D-Minn.) and Rep. Lisa Blunt Rochester (D-Del.). The Open Back Better Act would invest $20 billion over four years in retrofitting critical public buildings such as schools, hospitals, and airports to be more safe, resilient, efficient, and flexible.

What exactly does that mean? It means that while we make basic safety repairs to these buildings, we should also be readying them for the future. Improving building resilience means better preparing them for future emergencies, such as the natural disasters we know will be accelerated by climate change, e.g., moving an HVAC system from a basement to the roof to reduce the risk of flooding damage. Improving building flexibility means making these buildings more adaptable to changing needs, e.g., many schools are designated as emergency shelters and must be prepared to house members of their community for indeterminate lengths of time. And improving energy efficiency makes our investment go further in a multitude of ways such as enabling lifetime cost savings on energy bills – allowing local governments to put school funding toward the classroom rather than keeping the lights on – and reducing harmful emissions.

The Open Back Better Act therefore not only addresses the shortfall in funding our schools are experiencing – equivalent to a $20 billion since 2008 – but ensures that as we make these investments, we employ public-private partnerships to build back brighter. By leveraging federal funding to draw private funding through financing such as energy saving performance contracts, we could unlock $100 billion in additional investment toward the infrastructure of the future. Importantly, 40% of the funds must be spent in environmental justice or low-income communities. As the GAO report found that low-poverty districts spend about $300 less per student on capital construction, this helps ensure that money reaches where it is needed most and would create jobs in the communities hardest hit by COVID-19.

After an incredibly difficult year for our education system, it’s past time to ensure children and teachers have the safe, modern spaces they deserve to live and work in – today and for decades to come. With the Biden administration highlighting school infrastructure in its American Jobs Plan, the Alliance is advocating for the administration and Congress to recognize the Open Back Better Act as the most productive way to accomplish this goal for schools and other public buildings. There’s no better way to honor National Healthy Schools Day than seeing this legislation into law.