Direct Current Power Systems Can Save Energy, So Building Developers are Getting a New Incentive to Incorporate Them | Alliance to Save Energy
Skip to main content

Direct Current Power Systems Can Save Energy, So Building Developers are Getting a New Incentive to Incorporate Them

Direct Current Power Systems Can Save Energy, So Building Developers are Getting a New Incentive to Incorporate Them 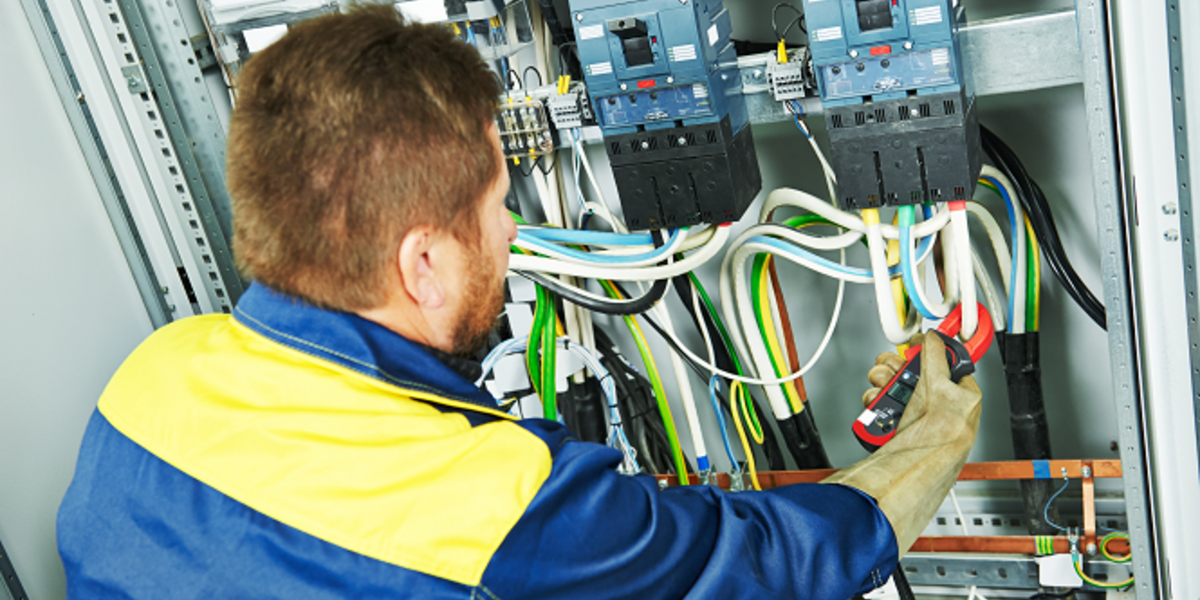 Power generation, transmission and distribution in the U.S. is predominantly based on alternating current (AC), yet an increasing number of devices in U.S. buildings – including computers, mobile electronics, and LED lights – use direct current (DC) power. This means the AC power must be converted to DC power before it can be used by these DC-compatible devices. The inefficiencies in the conversion process currently (pun intended) result in 5-20 percent energy waste.

The parallel rise of DC power sources in buildings (such as on-site solar and associated battery storage) presents an opportunity to avoid these conversion losses. But today this DC power is nearly always converted to AC before running through a building’s electrical system, only to be converted back to DC in the “brick” of a laptop cable, or the equivalent in other DC devices.

The solution seems obvious: avoid converting power. But it will require building designers and developers to integrate DC power systems into buildings.

In the Going Beyond Zero report, the Alliance’s Systems Efficiency Initiative called for system-focused compliance paths – such as integration of DC power systems – for meeting building energy targets or certifications. Members of the Initiative have closely partnered with the U.S. Green Building Council (USGBC), and this week the organization has added a new pilot credit in its Leadership in Energy and Environmental Design® (LEED) certification program specifically incentivizing DC power integration.

DC-powered devices are all around us. In addition to LED lighting, computers and mobile electronics, they include electric vehicle chargers and, increasingly, heating, ventilating, and air-conditioning (HVAC) equipment. And the number of DC-powered devices is poised to increase even further: DC consumption currently makes up about 32 percent of total energy loads, and this could climb as high as 74 percent in homes that use electric vehicles and HVAC equipment with DC motors. Not only would integrating DC power distribution systems help avoid conversion losses from these increasing DC end uses, but many DC-powered devices themselves are more efficient. DC-powered LED lights, for example, use roughly 75 percent less energy than AC-powered incandescent lighting. Consequently, the integration of DC power distribution creates market pull for DC-powered technologies capable of increasing efficiency within buildings.

Moreover, the opportunity for DC and hybrid AC/DC electrical systems in buildings will increase as more homeowners and institutions opt to power buildings with on-site solar photovoltaic (PV) systems. Because the energy-saving potential of DC power is greatest when paired with renewable energy, the DC power pilot credit complements LEED’s Renewable Energy and Grid Harmonization credits.

And, by optimizing and maximizing the performance of on-site solar PV systems and energy storage, DC power bolsters the reliability of solar power during natural disasters or other power disruptions. The addition of DC power systems thus can increase the resilience and reliability of energy to homes and buildings – an increasingly important factor as climate change increases the frequency and intensity of severe weather that causes power outages.

How We Got Here: AC vs. DC Power

A quick refresher on AC vs. DC power: AC power has dutifully delivered most of the energy to our buildings since the late nineteenth century. The direction of flow differentiates AC and DC power: DC is constant and moves in one direction while AC oscillates/alternates direction. AC was initially chosen as the preferred current to distribute power in the U.S. primarily because of the ability to step up or step down the voltage using transformers, making it possible to transmit a lot of power efficiently over long distances and then “step down” to offer the low voltage we need for appliances in buildings.

As the national power grid adopted AC transmission and distribution, devices in buildings were driven to operate on AC power. Now, however, DC power is becoming more and more relevant for helping meet our energy distribution needs, as we become increasingly reliant on devices containing semiconductors – which need to be powered by DC.

The new LEED pilot credit is designed to break the chicken-and-egg dilemma related to DC power in buildings: manufacturers are not inclined to produce DC-powered systems because they aren’t specified in design plans; on the other hand, design teams don’t specify them because manufacturers don’t produce them. This new incentive for building designers to integrate DC power into buildings will help spur interest in the specification of DC systems and thereby their production by manufacturers.

The pilot credit builds on LEED’s Optimize Energy Performance credit. Building project teams have two options to earn LEED points for integrating systems or subsystems that operate directly on DC power into their design. Option 1 is a prescriptive approach that requires 95 percent of the load of at least one major energy system to operate directly off DC power. Option 2 is a performance-based approach that offers a whole-building energy simulation alternative compliance path, rewarding more points for more energy saved in designs that integrate DC power. Projects that pursue Option 2 may reap deeper savings, as it encourages a systems approach and involves a holistic perspective on energy use. By rewarding credits for greater energy savings, designers are incentivized to be creative and flexible in determining how to integrate DC power systems into a building in a way that considers the interactions between systems to optimize whole-building energy savings.

LEED pilot credits are designed to evolve through project feedback. Those with projects that can test the credit are encouraged to reach out to a USGBC representative at leedinfo@usgbc.org. To learn more about the pilot credit and to register the credit to your project, visit the USGBC Pilot Credit Library.