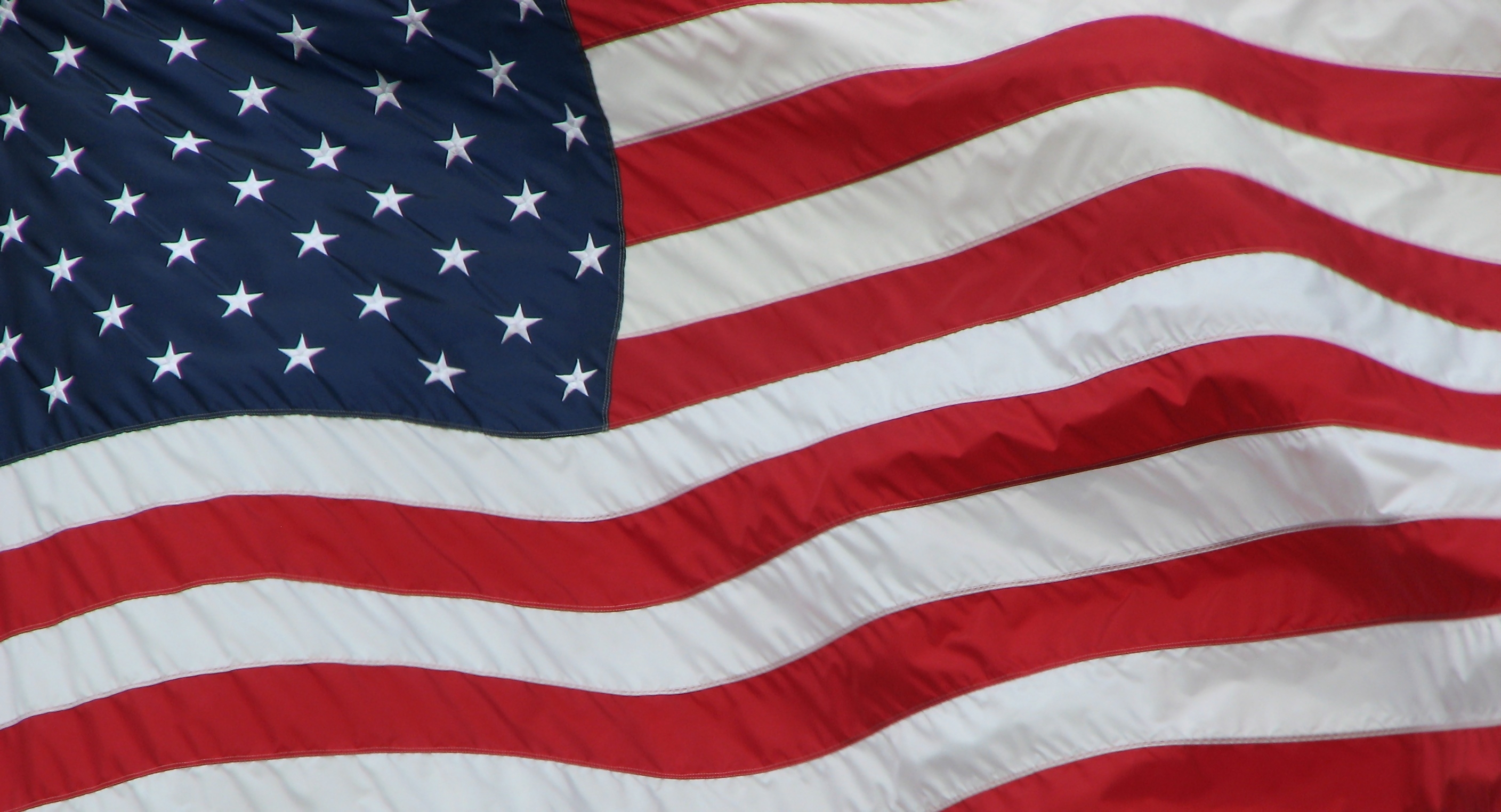 Energy efficiency safeguards our nation by decreasing the overall demand for energy, and therefore the need to import and transport fossil fuels. It also enhances mission efficiency to keep our troops safe and saves taxpayers money on the most energy intensive federal agency - the Department of Defense – which made up 78% of total federal energy use in FY 2014.

Using less energy resources in general reduces American energy dependence on foreign nations. Figure 7 below illustrates how oil price shocks from fluctuating foreign imports were predictive of economic recessions. Slower energy demand growth coupled with the recent boom in domestic oil and natural gas supply are reducing American dependence on imported energy (Figure 6). Net imports accounted for 19% of US energy consumption in 2011, down from 30% in 2006. The EIA projects this trend to continue, albeit at a more gradual pace. In their 2012 Annual Energy Outlook (our business-as-usual scenario) net energy imports fall to 12% of energy demand by 2030 (Table 4). 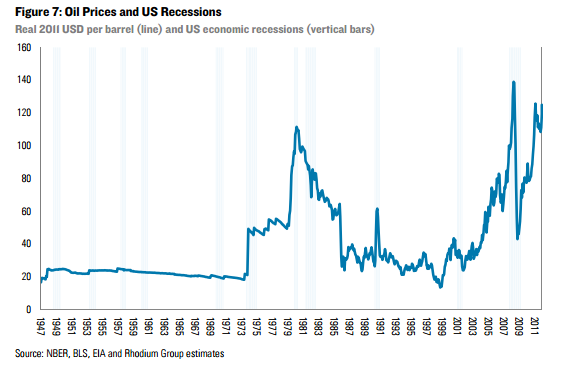 Increasing energy efficiency drives down resource consumption, and thereby reduces the number of energy imports needed to fuel American businesses, homes, and transportation. In fact, doubling energy productivity in the U.S. (getting twice as much economic output from each unit of energy), could reduce imports by over $100 billion to a mere 7% of overall energy consumption. This not only helps to drive up GDP, but also aids in protecting the economy from volatile energy imports and price shocks. For example, in the European Union (EU), every 1% improvement in energy efficiency equates to a 2.6% decrease in gas imports. 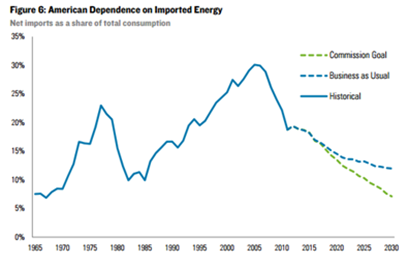 The armed forces need fuel to supply their troops, but battleground supply missions can be dangerous. In fact, 80% of on-the-ground supply delivery missions to troops in Iraq and Afghanistan are for fuel, and refueling convoys often threaten soldiers’ lives. In 2011 alone, there were 1,100 attacks on fuel convoys. Using electric and hybrid vehicles, energy-efficient generators and other energy-saving measures mean fewer convoys, and a reduced risk to American lives.

In a challenge to improve the energy efficiency of military campuses, the Department of Energy launched the “Better Buildings Challenge SWAP,” where the military operations energy teams from the U.S. Naval Academy and U.S. Air Force Academy switched places and competed to produce more efficient campus operations. Through the swap, the Naval Academy learned how to improve the heating and cooling system for their student housing and the Air Force Academy modified their outdated, single-pane windows to be more energy efficient, among several other measures.

Under Navy Secretary Ray Mabus, who has served since 2009, the Navy has reduced its energy intensity by 16%. Alliance Honorary Board Chair, Senator Jeanne Shaheen, has attested to the importance of energy efficiency in military operations stating, “When our military improves the way it uses energy, it gives us a strategic advantage and strengthens our national security. The less beholden our troops are to fuel supply lines, the less vulnerable they are in the field.  The more efficient their battery packs are, the more time they have to complete the mission.  The Navy has set the pace for improvements in energy use.”

The Army has been particularly active on this front and has committed $756.9 million towards alternative financing since 2011. In 2016, federal energy management financed through three Army and Navy ESPC contracts is slated to save taxpayers and the federal government over $217 million over an average period of about 20 years, reducing overhead costs and providing further budgetary flexibility for defense programs. Currently, ESPCs and UESCs are used by the U.S. military for facilities applications, excluding their use related to mobile equipment, such as refueling infrastructure, naval fleets, aircraft and vehicles. If ESPCs and UESCs were applied to mobile equipment, it is estimated the Federal energy project market opportunity would double. 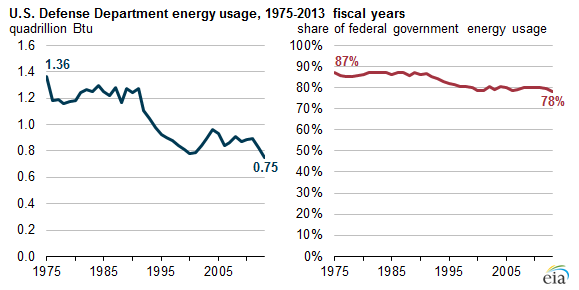 The former Commander of the U.S. Pacific Command, Admiral Samuel J. Locklear III, stated that the greatest threat to the region is climate change, as rising sea levels could result in the disappearance of entire nations and produce a refugee crisis. One method for addressing this threat is energy efficiency, which is the cheapest and fastest way to reduce air pollution and protect the environment from the potential effects of climate change that would create serious security concerns for the U.S. This is important because as climate change increases the likelihood of population displacement due to extreme weather events, the military must carry the burden of responding to any corresponding conflicts. Active military personnel in combat zones understand the impact of energy efficiency practices more directly than the average civilian who is less likely to be concerned about the risks associated with transporting fuel or the energy needed to maintain essential operations—but improvements in energy efficiency the benefits of adopting these practices are real and tangible nonetheless.