Will Super Bowl LIII be the Most Energy-Efficient One Yet? | Alliance to Save Energy
Skip to main content

Will Super Bowl LIII be the Most Energy-Efficient One Yet?

Will Super Bowl LIII be the Most Energy-Efficient One Yet? 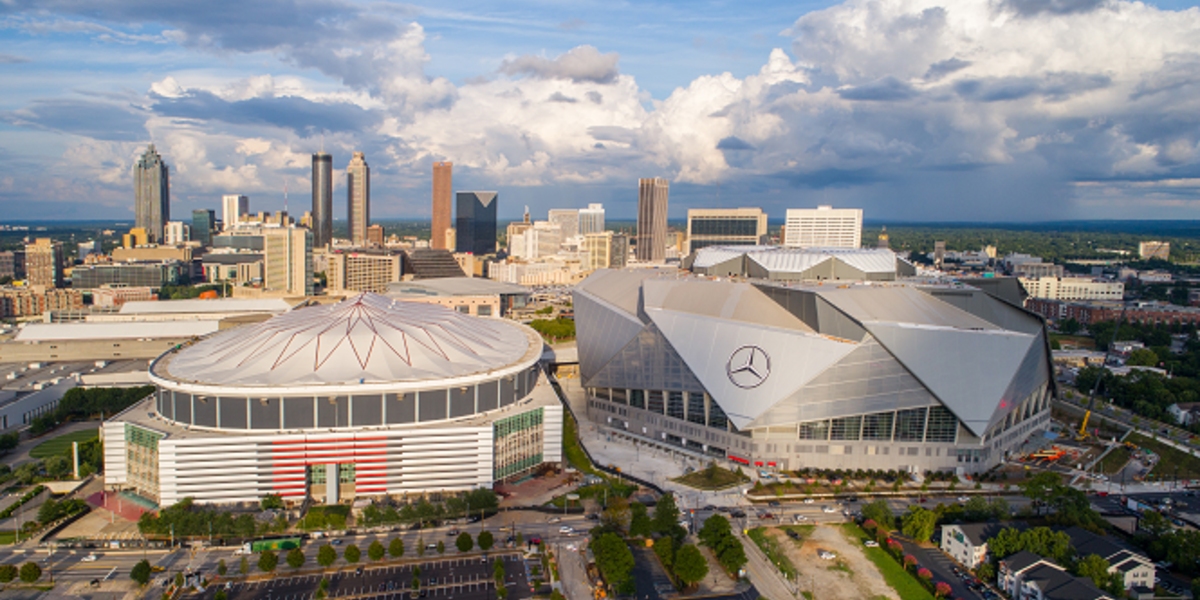 Mercedes-Benz Stadium in Atlanta, Georgia – the site of Sunday’s Super Bowl – turns out to be an energy efficiency showcase. 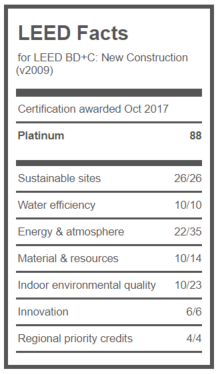 Opened in 2017, it’s the first professional sports arena in North America to earn a LEED Platinum certification from the U.S. Green Building Council (USGBC). It joins more than 80 LEED certified sports venues across the country.

USGBC rates buildings on multiple sustainability factors – including energy efficiency measures – with scores of up to 110 points. The Mercedes-Benz Stadium received 88 points, earning it the highest LEED standard. Here’s a look at how it earned its LEED points and scored with other sustainability measures, according to the stadium’s own fact sheet.

Water – The stadium gets a 10 out of 10 for water efficiency – and because municipal water systems require a lot of energy, saving water means saving energy. A stormwater management system at the stadium collects and reuses rainwater for use in both cooling and irrigation. Water-efficient fixtures in bathrooms, locker rooms, and on-site cooking facilities also contribute to a 47 percent reduction in water use compared to the baseline set out in the Energy Policy Act of 1992.

Lighting – The largest video board in pro sports is powered by LED lights. LEDs are much more efficient than traditional bulbs and last up to 25 times longer. LED lighting throughout the stadium reduces energy usage by up to 60 percent. Transparent materials on the retractable rooftop also allow the stadium to take advantage of natural light and can adjust opacity for additional lighting control.

Transportation – Out of all NFL stadiums, Atlanta’s draws the highest percentage of fans to game day via public transportation. Every event boasts a bike valet program and EV charging stations for 48 vehicles, as well as pedestrian-friendly paths approaching the stadium.

The stadium produces its own renewable energy on-site with a 4,000-panel solar installation. The panels generate enough energy to power nine NFL games each year.

The grounds surrounding the stadium include a 13-acre greenspace containing edible landscaping and urban gardens which are irrigated with recycled rainwater and open to the community for local events.

The City of Atlanta released its Climate Action Plan in 2015. The goals laid out in this plan encourage the sort of innovation required to build a complex like the Mercedes-Benz Stadium. The plan established a goal to reduce city-wide energy consumption 20% by 2020 compared to a 2009 baseline.

To meet that goal, the city is retrofitting existing buildings and requiring all new commercial, industrial, and residential construction to be built to maximize energy efficiency according to current building codes. This is supported by strong code compliance, submetering, tax incentives and no-interest loan programs for residential customers to improve efficiency, and the utilization of Energy Service Companies (ESCOs) to finance energy audits and improvements with guaranteed savings for commercial and industrial projects.

A Showcase for Energy Efficiency

The lights on Sunday will be bright, but like many other things in Mercedes-Benz Stadium, they’ll be efficient. No matter who wins, we’re thankful for that.