The Highway Bill is Looming. Enabling More Americans to Drive Electric Vehicles Would be a Wise Investment. | Alliance to Save Energy
Skip to main content

The Highway Bill is Looming. Enabling More Americans to Drive Electric Vehicles Would be a Wise Investment.

The Highway Bill is Looming. Enabling More Americans to Drive Electric Vehicles Would be a Wise Investment. 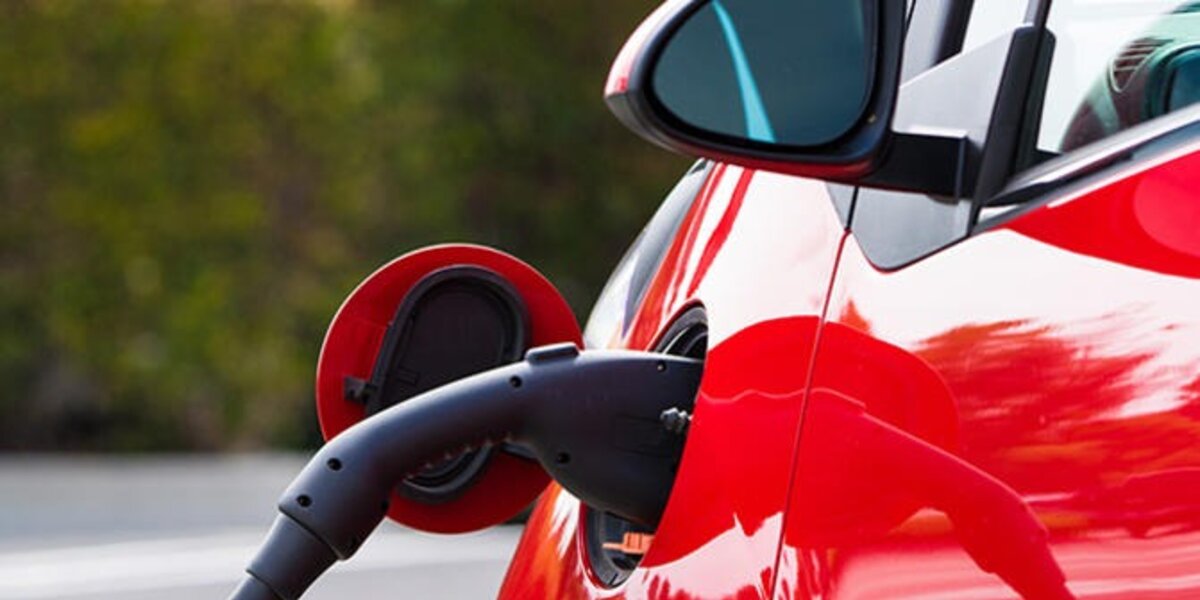 Congress often resists legislating as an election approaches, but a key deadline looms on September 30th this year: Lawmakers must pass a bill to reauthorize funding for transportation infrastructure for another five years.

One topic has arisen frequently in the debates around the surface transportation or “highway” bill: To what extent should Congress help Americans be able to transition to electric cars? We believe federal investments enabling more electric vehicle charging stations is simply smart policy that will help nearly all Americans in the coming years and decades. But as the House Committee on Transportation and Infrastructure gears up to release its highly anticipated bill following a Senate bill from last year, it’s worth addressing some common concerns.

Assertion: Subsidizing a market that isn’t ready is an irresponsible use of taxpayer dollars.

Lawmakers should conduct due diligence before spending public funds supporting early stage technologies. But from the dawn of the oil and gas industries, the build-out of railroads, and the invention of the computer and the internet, government has also provided support for strategic industries that were deemed critical for our country’s future. Those choices helped secure the United States’ leadership in science and innovation, success in international markets, and long periods of economic growth.

Transitioning to electric vehicles would provide enormous benefits for people, automakers, and communities – from lowering the prices of operating a vehicle to reducing air pollution. If we miss the opportunity to lead in this area, other countries will get there first.

Which brings us to another question: if the market is already growing rapidly, why does it need help?

Perhaps the biggest barrier is the market’s chicken-and-egg problem: consumers hesitate to purchase EVs without widespread charging infrastructure, but utilities and charging companies hesitate to install charging stations without a more robust market. Finding a solution to it will be paramount to propelling the market, as range anxiety – the fear of a battery running out of power before reaching a charging station – remains one of the top reasons why Americans do not purchase EVs. The federal government can help by supporting the construction of electrical vehicle charging stations, particularly along frequently travelled corridors.

Some opponents argue that EV-related infrastructure investment would only benefit rich constituents who purchase super expensive EVs. Just a few years ago, nearly all EVs were far pricier than other vehicles, but now, several new EV models are sold for well below $30,000 (when including federal and state tax credits).

In America’s used car market – which is more than twice the size of the new car market – EVs are a competitive option. According to Consumer Reports, a three-year-old Nissan Leaf can be purchased for around $10,000. That affordability is important since studies show that most low and middle-class Americans cannot afford the average price of a new car, whether gas or electric.

In just the next few years, EVs will provide better value to consumers on a total cost of ownership basis. It costs less than half as much to fuel a vehicle with electricity than gas for the same distance of travel, based on today’s prices. As EVs grow in popularity, these savings will have a huge impact on American purses, as households spend roughly $2000 annually, on average, on transportation fuel.

America’s cities and denser suburbs were first movers on EV adoption, in part because early batteries had much shorter lifespans, which did not bode well for rural communities. But battery capacities continue to improve, and more than half of all vehicle trips taken by Americas are under 10 miles.

It’s not just about range: the types and sizes of electric vehicles available are expanding rapidly, too, making them a possible choice for more and more Americans. Several manufacturers, including GM and Ford, have announced the development of electric pickups, for instance, with models likely made available in the next several years.

Electric vehicle charging is a great opportunity to reinvest in rural communities that have been overlooked and underfunded for decades. The Better Utilizing Investments to Leverage Development (BUILD) (formerly TIGER) grant program, for instance, could be leveraged to provide charging infrastructure in rural communities. Under President Trump, the Department of Transportation has announced that 50% of BUILD grant funding will be directed to projects located in rural areas.

Assertion: Explicitly supporting EVs is favoring one technology over another.

The federal government supports various technologies; for instance, despite oil and gas being mature industries, conservative estimates find that the government still provides $20 billion in subsidies to the fossil fuel industry per year. The U.S. also spends roughly $46 billion on highway building and maintenance currently. Wider investments in EV charging would not be an aberration. A comparatively modest investment could make an enormous difference in enabling wider use of electric vehicles.

The Alliance’s 50x50 Commission on U.S. Transportation Sector Efficiency, a diverse coalition of automakers, utilities, product manufacturers, public officials, and public interest groups released a series of recommendations of provisions for Congress to consider as it pieces together a reauthorization bill. The policies include reinstating the Section 30C Alternative Fuel Vehicle Refueling Property tax credit, establishing a grant program for the installation of charging infrastructure along the National Highway System, and increasing funding to promote R&D in battery technologies.

This is a rare opportunity to shape the next century of American mobility. Lawmakers should take it.