A Guide to the Light Bulb Phase Out

A Guide to the Light Bulb Phase Out 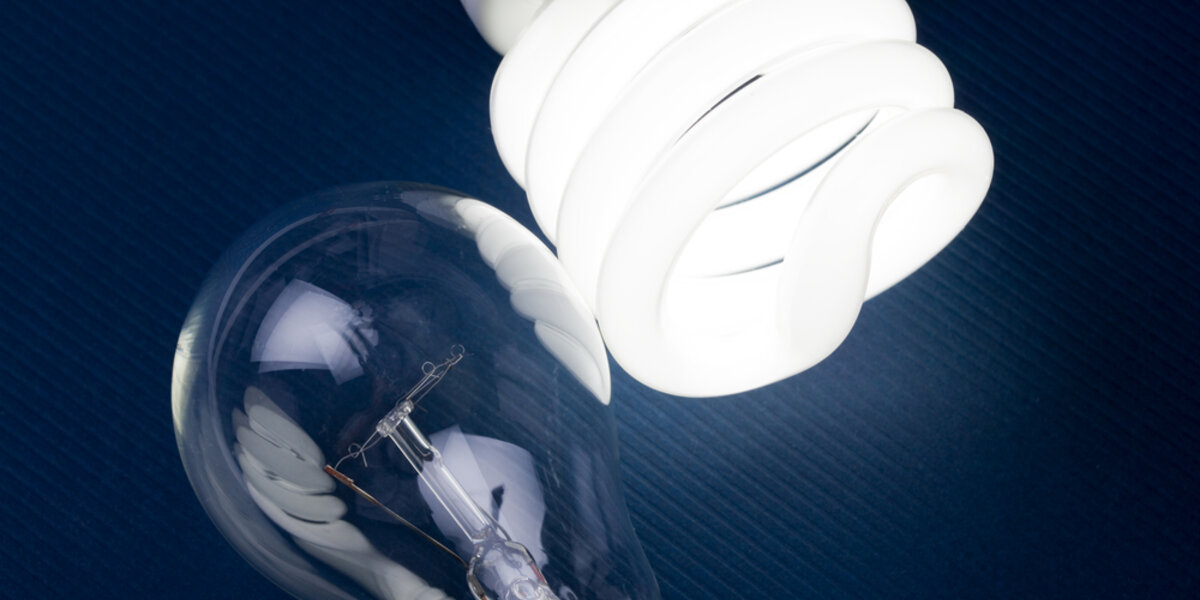 Do you remember Easy-Bake Ovens? Although I was never allowed to have one (something about gender stereotypes and second degree burns), I had enough playdates to understand how they worked—light bulbs inside of a little pink oven baked a tiny cake enough to eat.

The reason that these light bulbs were able to bake something is because 90 percent of the energy produced by traditional incandescent light bulbs is wasted as heat. That was good news for kids baking cakes in their bedrooms, but bad news for everyone using light bulbs for their actual purpose (ya know, for light!). Fortunately, this huge waste of energy and money is gradually being rectified by the phase-in of new lighting standards.

On the first of the year the latest light bulb standards went into effect. Not only are these standards widely supported by manufacturers, but they can also save consumers quite a bit of money. The Department of Energy (DOE) estimates that upgrading 15 inefficient bulbs in your home could save you about $50 a year. And since newer, more efficient light bulbs tend to last longer, those savings will only continue to grow as the years pass by. With the new standards in place, U.S. households could save nearly $6 billion in 2015 alone. That’s the same as the cost of the 2012 election, or about thirty million iPhone 5s.

These standards were established by the bipartisan Energy Independence and Security Act of 2007, which was signed by President George W. Bush. They do not ban any specific light bulb type, but instead stipulate that bulbs must use at least 25% less energy. 100- and 70-watt bulbs have already been phased out, and these new restrictions apply to the 40- and 60-watt bulbs.

But what exactly does that mean for consumers?

You have three main options to replace the inefficient incandescent bulbs in your home: halogen, CFL, and LED light bulbs. 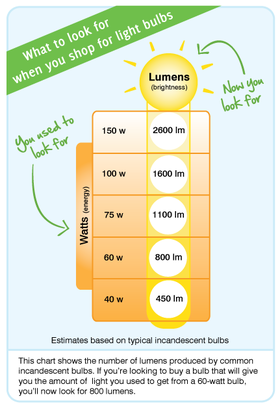 CFLs: Compact fluorescent lamp (CFL) technology has come a long way from the cold, harsh bulbs of the past. New CFLs are much warmer in color, and many are compatible with dimmer switches. ENERGY STAR-certified CFLs use about one quarter of the energy and last 10 times longer than a traditional incandescent that emits the same amount of light.

LEDs: These bulbs are not just for traffic lights anymore. ENERGY STAR-qualified LEDs use only about 20 percent of the energy and last up to 25 times longer than traditional bulbs. While LEDs are still relatively expensive—a 60-watt replacement can cost about $15—prices are expected to plummet in the next few years as demand increases. But even at $15, the life span of an LED bulb will far outweigh the upfront cost.

While we traditionally have selected our light bulbs based on wattage, the best way to pick the right bulb for your needs is to find out the number of lumens it produces. While watts measure energy use, lumens measure brightness. Use this handy chart next time you go shopping; for instance, if you want a bulb that will give you the amount of light you get from a traditional 75-watt bulb, look for one with 1100 lumens.

Although these standards were signed into law in 2007, and began to take effect in 2012, the House voted in 2012 and 2013 to defund the implementation and enforcement of the law. Since Congress has not passed a new budget since then, DOE has not yet received any funding to enforce the standards. All of the major lighting manufacturers have pledged to follow the law, and are already producing more energy-efficient bulbs—but without enforcement there is no way to ensure that everyone, particularly foreign competitors, are abiding by the rules.

As Congress enters into negotiations over appropriations for the new budget deal, the Alliance is encouraging policymakers in Congress to fund enforcement of these important standards. Along with several other organizations and companies, including the American Lighting Association, the Alliance sent a letter urging the leaders of the Senate Subcommittee on Energy and Water Development to oppose efforts to prevent the enforcement of the light bulbs efficiency standards. The Alliance will continue to press for the implementation of these cost-effective standards in order to create regulatory certainty, help consumers save money, and support domestic jobs.