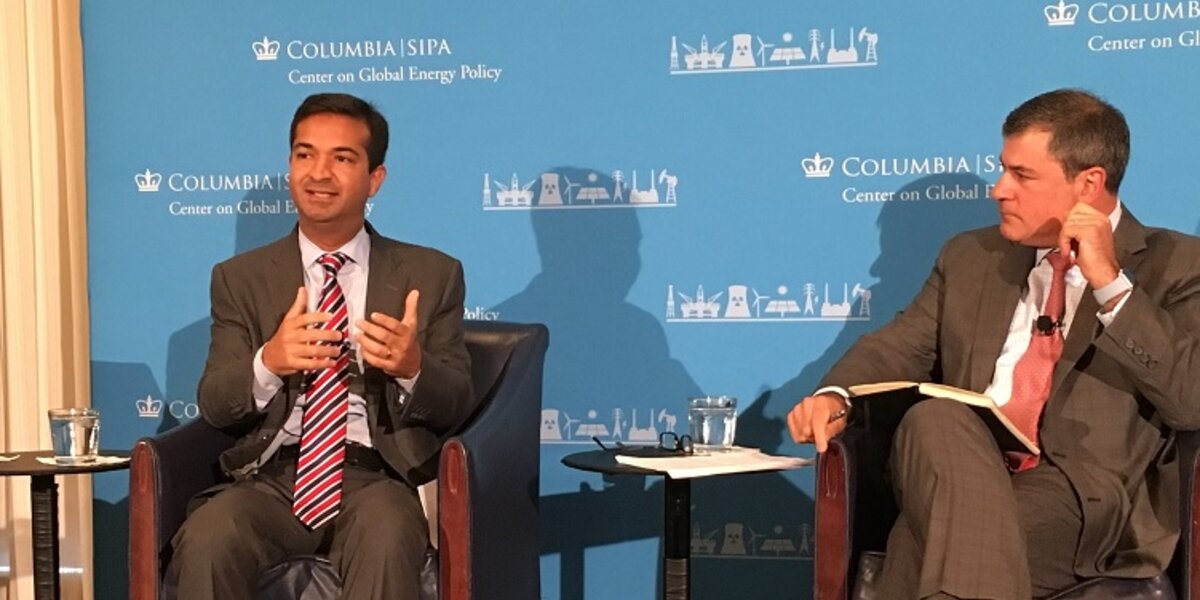 Could a carbon tax ever make it through Congress? What kind of an impact would it have on emissions? On energy consumption? On the economy? Those were questions many were asking this week as Rep. Carlos Curbelo, a south Florida Republican, introduced the first GOP-led carbon-pricing bill in a decade.

At a time when climate change gets woefully little attention on Capitol Hill, Curbelo’s bill was the talk of DC’s energy and environmental crowd – and even broke through to the mainstream discussion. Some environmental groups welcomed it as a breath of fresh air while others said it needs to go further to have a real impact. Some conservatives welcomed its market-based, deregulatory approach; others blasted it as a tax on energy that would slow the economy.

The Alliance was among the groups applauding Curbelo’s initiative, in part because it recognizes the power of energy efficiency as a climate solution by dedicating significant revenues to weatherizing American homes. “Rep. Curbelo deserves a lot of credit for having the courage to put forward a bill that recognizes the threat and looming costs associated with climate change – costs that will be left to future generations unless we take action,” Alliance President Jason Hartke said in a media release. “It is truly refreshing to see someone working toward creative, bipartisan solutions to this critical challenge.”

Over the past year, the Alliance has worked with Rep. Curbelo, and the Climate Solutions Caucus he co-founded in 2016, to seize the opportunity of energy efficiency and improved energy productivity as a leading solution to climate change. (The Caucus held a congressional briefing in February exploring the primary role efficiency can play.)

We believe – and evidence supports – that effective climate policy starts with energy efficiency. It is the fastest, cheapest, and easiest solution, A carbon tax by its very nature should encourage efficiency by putting a price on emissions, and we support carbon pricing generally as one of many viable policy options for driving efficiency and reducing emissions. Policy design is complex, and legislation must be thoughtfully structured to achieve results, including through complementary policies and programs helping energy consumers realize savings.

Curbelo’s bill includes one such provision aimed directly at energy efficiency in low-income homes. Overall, the bill would establish a carbon tax of $24 per metric ton, escalating annually by 2 percent plus inflation. Most of the revenues –  70 percent – would go toward rebuilding infrastructure. But 1.5 percent would go toward weatherizing homes through the Department of Energy’s Weatherization Assistance Program (WAP). That adds up to nearly $15 billion in projected revenues through 2030. (WAP’s current budget is about $250 million per year).

Boosting weatherization like this over an entire decade would have a significant and lasting impact on the nation’s housing stock. As evidence, we can look at the last time DOE ramped up WAP under the American Recovery and Reinvestment Act. According to Oak Ridge National Laboratory, when DOE increased its WAP investment to $2 billion in 2010, the program weatherized more than 340,000 homes (vs. about 98,000 in a typical year). That created $1.1 billion in energy savings, supported 28,000 jobs and reduced carbon emissions by 7.3 million metric tons – or the equivalent of the energy use of 3 million homes for an entire year.

So what’s next? Curbelo says this is a first step, and that his bill is open to amendment and modification. His goal, he emphasizes, is to start a meaningful bipartisan discussion that can create an opening for legislation to pass. “I truly believe that one day this bill or legislation similar to it will become law,” Curbelo said at a launch event for the bill Monday. “We simply owe it to all Americans and specifically future generations.”

And as Jason Bordoff, a professor and founding director at Columbia University’s Center on Global Energy Policy, noted at Monday’s event: “These moments can come sooner than people think.”