Vehicle Efficiency Standards Save Americans Money at the Pump 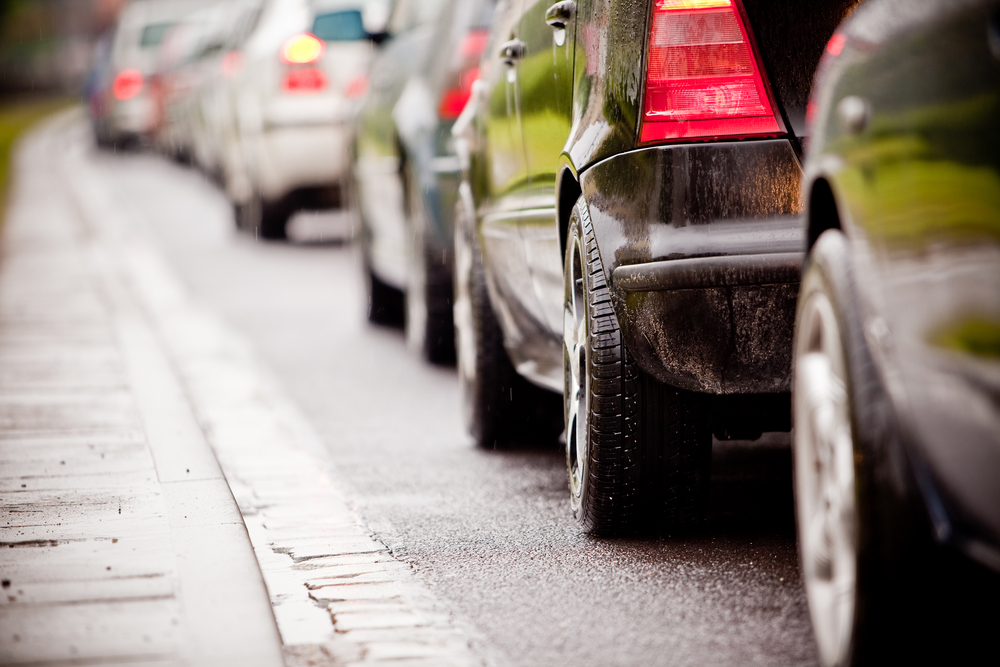 Vehicle Efficiency Standards Save Americans Money at the Pump

For over 40 years, dating back to the 94th Congress and President Ford, Corporate Average Fuel Efficiency (CAFE) standards have dramatically reduced petroleum demand and consumption. This program has led to a better environment and increased energy security. Along the way, manufactures have been encouraged to innovate because of the flexibility allowed by regulations. As CAFE standards have risen, vehicles have become safer, quieter, and more reliable. And consumers and businesses have saved hundreds of billions on fuel costs while still moving themselves and their goods at will across the country.

One key reason for the success of CAFE standards is the flexibility built into the structure of the regulations. Because industry worked with policy makers to establish the regulations, the standards are designed to help manufacturers manage consumer demand, mitigate uncertainty and risk, and make optimal business decisions. For example, EISA included provisions for an emission credit trading mechanism to promote early action on the part of manufacturers. These credits can be banked for up to five years, applied to future obligations, and sold to other manufactures in non-compliance. Additionally, EPA has implemented several measures aimed at reducing the compliance cost for smaller and intermediate-volume manufacturers. These measures include additional lead-time flexibility and a process to petition for alternative carbon dioxide standards. CAFE regulations also provide credit for non-engine-related improvements like more efficient air conditioning and off-cycle efficiencies such as start-stop controls and active aerodynamics. EPA also offers specific incentives for electric, plug-in hybrid, fuel cell, flexible fuel, and compressed natural gas vehicles.

A Timeline of CAFE Standards

CAFE standards have largely enjoyed bipartisan support and have evolved across the administrations of presidents of both parties. CAFE standards date back to the Energy Policy and Conservation Act of 1975, which laid the groundwork for energy policy at a time when oil shocks caused Americans to think more carefully about resources. CAFE standards are required to represent the maximum feasible levels of fuel economy for each vehicle fleet in a given year. This helps save consumers money while increasing American energy security through reduced fuel consumption.

The first standards were intended to double the average fuel economy of the new passenger car fleet to 27.5 mpg by model year 1985, with similar increases for trucks. There was a lull in increased fuel efficiency until the Energy Independence and Security Act of 2007 updated the fuel economy standards to a combined average of at least 35 miles per gallon by 2020.

In 2009, the federal government, state regulators, and auto industry came together to create a national program to implement new fuel efficiency improvements and pollution standards for light-duty vehicles. The standards come in two phases and are estimated to save 2.4 million barrels of oil per day by 2030, create an estimated 650,000 jobs by 2030, and cut 600 million metric tons of emissions by 2040. The Environmental Protection Agency and the Department of Transportation estimate that the CAFE standards save $8,000 per vehicle over each car's lifetime. 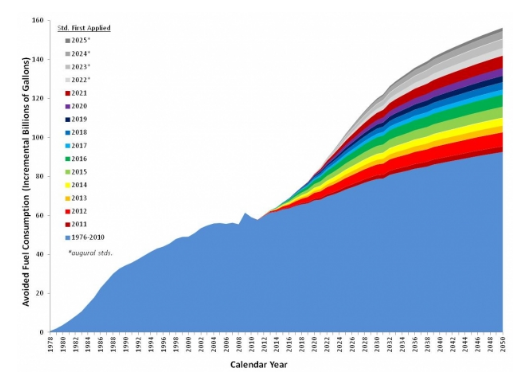 In addition to light-duty vehicles, The NHTSA and Environmental Protection Agency issued a final rule for Phase 2 fuel efficiency and greenhouse gas emissions standards for medium and heavy-duty vehicles that will extend from 2018 to 2027. However, under the Congressional Review Act, the standards could be rolled back under the new administration. If retained, the standards would save up to 2 billion barrels of oil, reduce CO2 emissions by up to 1.1 billion metric tons, and provide up to $230 billion in net social benefits.