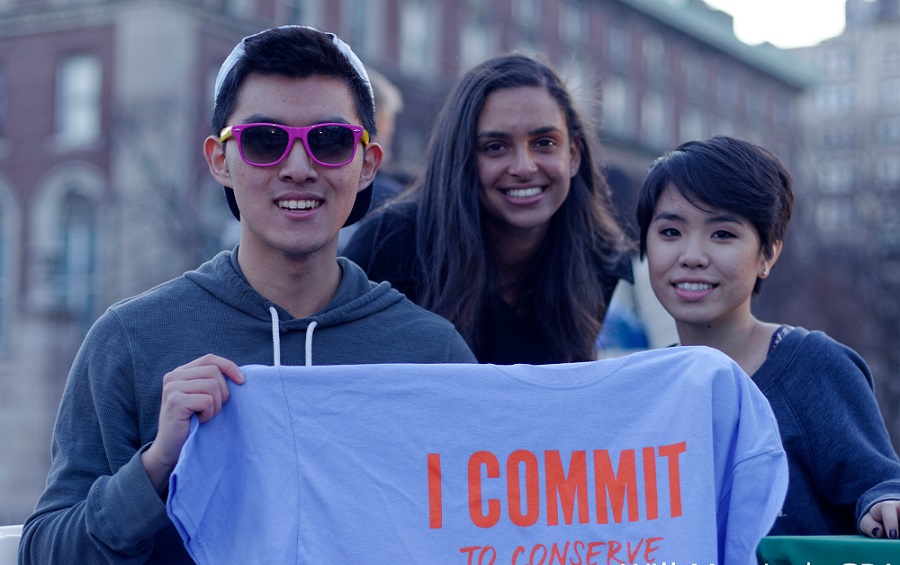 Washington, D.C., and Oakland, Calif. — (May 5, 2014) — Lucid, the Center for Green Schools at the U.S. Green Building Council (USGBC), the National Wildlife Federation and the Alliance to Save Energy announce that more than 265,000 students at 109 colleges and universities across the U.S. and Canada collectively saved over 2.2 million kilowatt-hours of electricity — equivalent to averting 3 million pounds of CO2 from the atmosphere and saving $196,000 through the Campus Conservation Nationals 2014 (CCN) contest. This year, Students also saved nearly 476,000 gallons of water, or the equivalent of 1.8 million water bottles this year.

From Feb. 3 to April 25, students, faculty and staff unplugged unused electronics, took shorter showers and turned off lights in common areas, to see which campus buildings could reduce the most energy & water use. Participants organized events, utilized social media and launched creative marketing campaigns to motivate their peers to take personal actions and encourage change in building operations. Through thousands of direct actions and collective effort, CCN participants demonstrated that personal actions can significantly reduce energy use and advance the sustainability of their schools.

“This tangible mobilization of hundreds of thousands of students reducing energy consumption, promoting sustainability and actively mitigating the effects of climate change shows that the next generation is ready for change and is no longer willing to wait for decision makers to address the issues at hand,” said Hannah Debelius, USGBC Students program manager, the Center for Green Schools at U.S. Green Building Council.

“As CCN continues to grow and expand, we are amazed at the impact students and staff are able to make,” said Chelsea Hodge, director of product engagement, Lucid. “These students are demonstrating that creating a culture of conservation and inspiring individuals to change their behaviors can significantly reduce their campus’ carbon footprint.”

Nearly half of schools elected to participate in the group competition, competing campus to campus to save energy and water. With 13 group competitions this year made up of schools competing regionally or within standing rivalries, the spirit of competition heated up. Appalachian State University not only won its group competition against Western Carolina University, but both schools were in the top 10 for energy reduction. “We had a lot of fun with Western Carolina through social media and in pointing out different strategies,” said Donna Presnell, communication coordinator, Appalachian State University. “It was a good, friendly competition with them. You can now stop any student on campus and they’ll be able to speak to you about sustainability initiatives on campus.”

An optional CCN 2014 poster contest offered a $500 grand prize and four runner-up prizes to the schools with the most innovative outreach posters. Columbia University won best poster for its efforts to reduce energy in the residence calls — “I commit to power down” — with more than 700 votes from CCN participants. Penn State University won second, third and fourth place for its posters featuring tips to reduce water and energy with eco-friendly washing tips, and Dickinson College came in fifth place with its “Lights Out” poster.

“The poster submissions this year spotlighted the creative and innovative ideas that campuses implemented to get students to compete to reduce energy and water,” said Kristy Jones, senior manager of campus ecology at the National Wildlife Federation. “One of my favorite posters stated, ‘If Batman can do it in the dark, why we can’t we?’ Students used fun, straight to the point taglines to show small behavioral changes can make a positive impact for humans and wildlife.”

With generous support from United Technologies Corporation, founding sponsor of the Center for Green Schools at USGBC, CCN gave students and staff an opportunity to organize and make immediate and lasting impacts on their school’s carbon emissions and campus culture. “It is exciting to see students and staff engaging with energy and water use on their campus,” noted Taylor McAdam of The Alliance to Save Energy. “A huge opportunity, both educational and financial, is missed when students aren’t incorporated into campus utility use.”

To learn more about the program, visit CompeteToReduce.org/CCN.

About the U.S. Green Building Council

The U.S. Green Building Council (USGBC) is committed to a prosperous and sustainable future through cost-efficient and energy-saving green buildings. USGBC works toward its mission of market transformation through its LEED green building program, robust educational offerings, a nationwide network of chapters and affiliates, the annual Greenbuild International Conference & Expo, the Center for Green Schools, and advocacy in support of public policy that encourages and enables green buildings and communities. For more information, visit usgbc.org, explore the Green Building Information Gateway (GBIG) and connect on Twitter, Facebook and LinkedIn.

About the Center for Green Schools at USGBC

The Center for Green Schools at the U.S. Green Building Council is making sure every student has the opportunity to attend a green school within this generation. From kindergarten to college and beyond, the Center works directly with staff, teachers, facility, students, ambassadors, elected officials and communities to drive the transformation of all schools into sustainable places to live and learn, work and play. For more information, visit www.centerforgreenschools.org, follow us on Twitter at @mygreenschools, and like us on Facebook at facebook.com/centerforgreenschools.

Founded in 2004, Lucid is a privately held software company and a pioneer in providing real-time information feedback to teach, inspire behavior change and save energy and water resources in buildings. Over the past eight years, Lucid's team has endeavored to make resource use visible, accessible and engaging so that building occupants have the data visualization and communication tools to manage and reduce their consumption. Visit www.luciddesigngroup.com, or follow Lucid on Twitter, Facebook, Google+, and LinkedIn.

About The Alliance to Save Energy

Alliance to Save Energy is a non-profit coalition of business, government, environmental and consumer leaders who promote energy efficiency to achieve a healthier economy, a cleaner environment, and greater energy security. The Alliance's K-12 and higher education programs empower students to change the culture of their academic environment to one that embraces energy efficiency.  Students lead no-cost behavior changes, building retrofits, events on green careers, and other initiatives that save energy within and beyond their school building.

National Wildlife Federation is America’s largest conservation organization, working across the U.S. to protect wildlife for our children’s future. NWF’s Campus Ecology Program has been working with colleges and universities for more than 25 years to advance climate action and sustainability on campuses, and to encourage the next generation to seek innovative ways to create a more just and sustainable future for humans and wildlife.