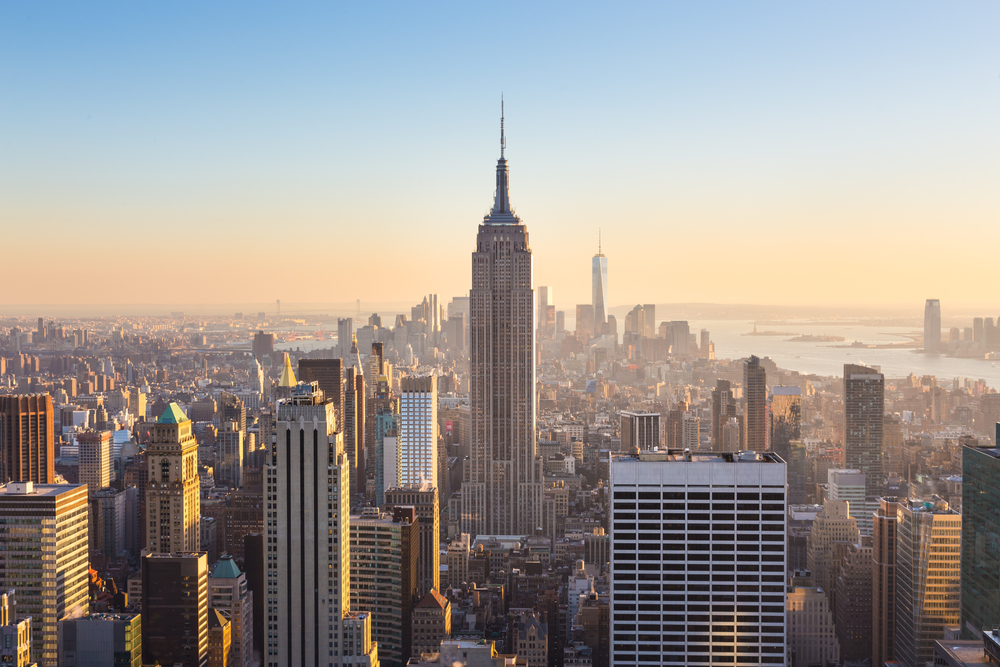 The U.S. building sector represents a tremendous opportunity for energy savings. Buildings consume an estimated 40% of total energy – 54 percent of natural gas and 70 percent of electricity. For perspective, the U.S. consumed a total of 97.7 quadrillion Btus (quads) of energy in 2015, with approximately 39 quads consumed by commercial and residential buildings.

Established by state and local governments, building energy codes set minimum efficiency levels for new and renovated buildings and are a practical, cost-effective way to drive down energy consumption. Periodic updates to these codes ensure that building energy efficiency increases steadily over time consistent with building and equipment trends, leading to a steady decrease in building energy consumption and lower utility bills. One widely adopted model code is the International Code Council’s International Energy Conservation Code (IECC), which is updated on a three-year cycle following extensive stakeholder negotiations and consultation with the Department of Energy (DOE). Recent versions of the IECC have helped decrease the energy use intensity of U.S. homes by over 40% since the 1970s, directly translating into lower monthly utility bills. In June 2016, the U.S. Conference of Mayors unanimously adopted a resolution calling for stronger model codes.

$44 billion have already been saved through building energy codes 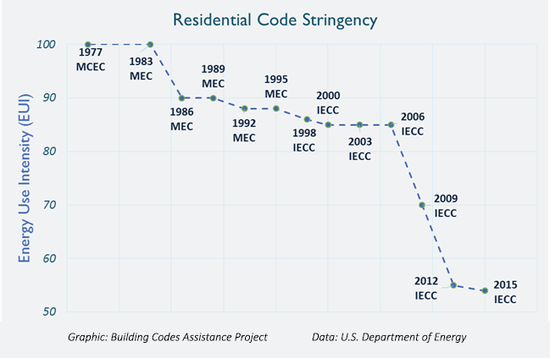 Between 2010 and 2040, conservative estimates found that building energy codes will save 12.8 quads of primary energy, resulting in $125.93 billion in energy cost savings. These savings will grow with greater adoption and compliance.

Prospective homeowners recognize the value of energy efficiency when shopping for new houses. A recent National Association of Homebuilders survey found that energy efficiency was the second highest influencer in a home purchase decision, identified by 88% of respondents. That same survey showed that 84% of potential home buyers would be willing to pay 2-3 percent more for an energy-efficient home if they see a return on their utility bills.

Builders themselves also frequently highlight the importance of energy efficiency. A similar survey found that energy efficiency features accounted for four of the top 10 amenities builders were likely to include in a new home. These included ENERGY STAR appliances and windows and programmable thermostats. Ed Brady, the chairman of NAHB, sums this up perfectly, “Today’s new homes include features that will help homeowners reduce energy consumption and enhance the conveniences of modern living. Our builders are telling us that energy efficiency continues to be a top demand for consumers.”

With continuously improved codes moving forward, we can build on this success by constructing even more efficient homes that put more money in consumers’ pockets. DOE plays a critical role in helping state and local governments with the technical expertise and research required to adopt model codes. Without this help, we would likely see a patchwork of codes across the country, making the regulatory landscape less predictable for designers, builders and manufacturers, resulting in higher costs, increased pollution and reduced energy security.