Now in its 25th year, the Alliance to Save Energy's Evening With the Stars of Energy Efficiency Awards Dinner brings together energy efficiency's elite to honor the "best of the best."

On September 14, 2017, nearly 400 leaders from industry, government and the non-profit sectors will convene at Andrew W. Mellon Auditorium in Washington, D.C to celebrate with our stars and honor the below winners!

Watch this 45-second video below for a taste of what the "energy prom" looks like: 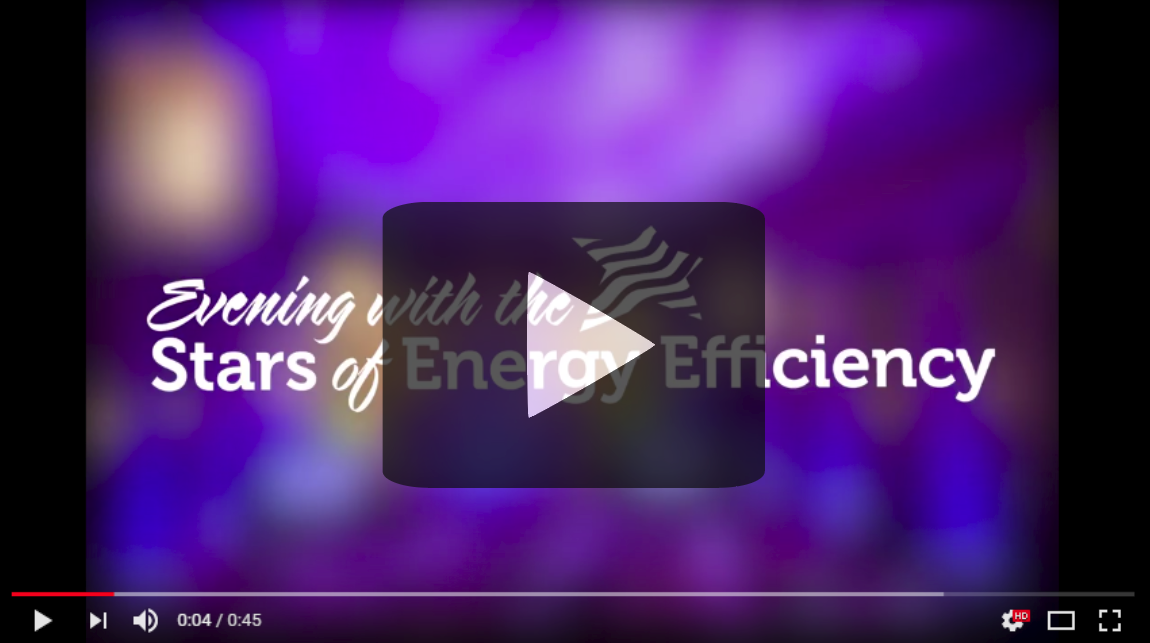 Congratulations to this year's recipients on their impressive accomplishments in advancing energy efficiency!  Awards will be given at the Evening with the Stars of Energy Efficiency on September 14th in the following categories:

Chairman of the Board of the Alliance to Save Energy, Senator Jeanne Shaheen (D-NH), has selected Itron to receive this year’s Chairman’s Award. Senator Shaheen is recognizing Itron for its breakthrough OpenWay® Riva technology for smart utilities and smart cities. OpenWay Riva utilizes distributed intelligence, machine-to-machine learning and advanced network communications to drive significant improvements in energy efficiency and water resource management as well as reduction of losses and waste.

National Renewable Energy Laboratory is receiving the Charles H. Percy Award for Public Service in recognition of 40 years of leadership in advancing energy efficiency and clean technology. Throughout its history, NREL has been at the forefront of innovation, from high-performance building efficiency with research into “Whole Building” and “Net Zero Energy” design, to fuel efficiency and sustainable transportation innovations. NREL boasts a long history of energy management research and consultation that has helped transform nearly every aspect of energy use.

7-Eleven is being honored with the Built Environment award for its commitment to reducing energy consumption and improving efficiency. 7-Eleven has successfully decreased electricity use in store operations by an estimated 21 percent over the past seven years through installing LED lighting, energy management systems and high-efficiency HVAC units.

Schneider Electric is receiving the Industry & Manufacturing award for its commitment to comprehensive improvements in energy intensity. Schneider reached the Better Plants goal of a 25 percent improvement in energy intensity within seven years, which is three years ahead of the 10-year program period. This goal was met through multiple energy efficiency projects across their 24 plants, including improved productivity in fabrication, upgraded high and low bay lighting, HVAC system upgrades, and decommissioning outdated equipment. The company’s U.S. Green manufacturing plan also includes programs such as zero landfilling, everBlue on water conservation, and proactive renewable electricity adoption.

American Water is receiving the Innovative award for its pioneering Geothermal System at William Buck Elementary in Valley Stream, NY. This project utilizes a new method for geothermal systems that maintains functionality while reducing installation costs. This innovative system provides heating and cooling to the building, while also saving the school 41,000 kBTU /square foot/year.

The Chevrolet Bolt EV is being honored with the Transportation award for its game-changing all-electric vehicle technology, which is driving energy conservation in the sector. The Bolt EV is the first-long range, affordably priced electric vehicle, and it achieves an EPA-estimated range of 238 miles of zero-emission driving per full charge. The Bolt EV is positioned to transform the market by offering superior drivabaility in an affordable, energy-efficient product.

Be a part of this important event and show your support for advancing energy efficiency by serving as a Dinner Sponsor. Sponsorships are available at three levels—Shooting Star, Shining Star, and Star—all of which will provide your organization with unparalleled visibility and benefits. Contact Scott Thach today for more information.

You may also join the celebration by purchasing an individual seat, which are available for $1000 for a general seat or $2000 for a seat and access to the VIP reception prior to the dinner program. For more information, contact events@ase.org.

The Star of Energy Efficiency award recipients are selected each year by the Dinner & Awards Committee, which includes a diverse group of industry representatives. The Committee reviews all nominations, selects finalists, and ultimately selects the recipients in each award category.

2005 and Prior Stars of Energy Efficiency