Katie McGinty | Alliance to Save Energy
Skip to main content 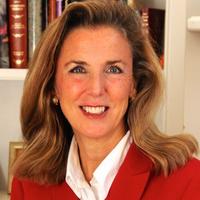 Board Member since October 2019

Katie has over 25 years of public and private sector experience and most recently served as senior vice president at the Environmental Defense Fund in Washington, D.C. where she led the global oceans program. She is a recognized innovator in clean energy, the environment, and life sciences, and a champion of advanced technology development and currently serves on the boards of the Scott Institute for Energy Innovation (Carnegie Mellon University), the American Council on Renewable Energy (ACORE, emeritus), the Energy Futures Initiative, and the Delaware River Port Authority. Katie has lived and worked abroad including serving as a Senior Visiting Fellow at a leading energy and environmental research institute in New Delhi, India, as well as directing policy development and participating in the negotiation of various multinational and binational accords.

Katie holds a degree in chemistry from St. Joseph's University and a law degree from Columbia University. She was a judicial clerk on the Court of Appeals for the Federal Circuit, and was later awarded the Congressional Fellowship of the American Chemical Society and went to work for then-Senator Al Gore developing legislation to strengthen the competitiveness of U.S. high tech companies that commercialize basic research.‎

Her public sector career includes serving as chair of the White House Council on Environmental Quality and as deputy assistant to the President (1993-1998), as secretary of environmental protection under The Governor of Pennsylvania (2003-2008), and as chair of the Pennsylvania Energy Development Authority (2004-2008). She was a candidate for U.S. Senate from Pennsylvania in 2016, narrowly losing to the long serving incumbent.

In the private sector, Katie has started her own consulting company and led a $100M business designing and building microgrids and remediating and redeveloping "brownfield properties. As an operating partner with a private equity fund, she helped build successful growth strategies for mid-stage clean energy, water and efficiency companies, and she led efforts to attract investments in early stage life science companies as a partner in a biotech start up.

Known for both her vision and energy, Katie is the proud recipient of numerous awards and recognitions. She holds honorary doctorates from Muhlenberg University, Dickinson College, and Clarion State University.  She is the Woman of Conservation Lifetime Achievement Awardee of PennFuture. She also has been named "Global Leader for Tomorrow" (World Economic Forum, Davos, Switzerland), "Business Leader of the Year" (Woman's Network for a Sustainable Future), "Woman of the Year" (Women's Council on Energy and the Environment), and has been awarded prestigious environmental awards including the "Ansel Adams Award" of the National Wildlife Federation. Katie is married and has and three daughters.