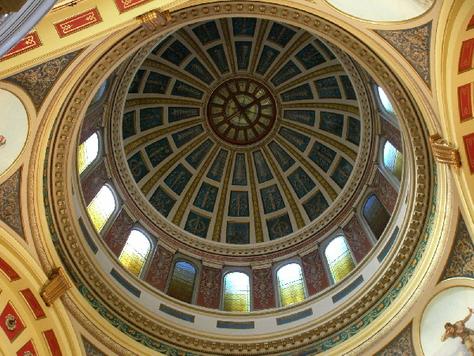 Inspired by the Alliance Commission on National Energy Efficiency Policy’s Energy 2030 recommendations, Senators Mark Warner (D-Va.), Joe Manchin (D-W.Va.), Jon Tester (D-Mont.), and Brian Schatz (D-Hawaii) introduced the Energy Productivity Innovation Challenge (S.Amdt. 1954, previously known as the State Energy Race to the Top Initiative) as an amendment to the Energy Savings and Industrial Competitiveness Act (Shaheen-Portman, S. 1392). This amendment would create a national energy productivity competition with the goal of doubling U.S. energy productivity by 2030. Energy 2030 developed three main strategies that represent the key actions needed to double U.S. energy productivity: invest, modernize, and educate—and this competition could play a role in all three. As co-chair of the Commission, Senator Warner was very active in the development of this Energy 2030 recommendation, stressing that it brings energy efficiency to where the rubber hits the road. By empowering states and local communities to take leadership roles, this friendly competition can make a difference right where it really matters.

Administered by the Department of Energy (DOE), the state energy productivity competition would be broken into two phases. In the first phase, following receipt of proposals by states and other eligible entities, funding would granted to approximately 25 states for initial policy and program development. DOE and others would also provide technical assistance to those entities that request it. The second phase is intended to be more competitive, providing much larger grants to only six states to further implement the projects started in phase one. DOE would evaluate proposals for both phases of the competition based upon the quality of the plan, the likelihood of success, and other factors, including geographic diversity and an assurance that the states are coordinating with utilities, local governments, and other entities. Proposals could include a number of energy efficiency policy and program ideas including the expansion of industrial efficiency, building retrofits, demand response, and government investment. The cost of the competition is $100 million and is directed to the states. It is fully offset, between fiscal years 2014 and 2017.

The Energy Productivity Innovation Challenge (EPIC) would create new partnerships between the states and the federal government, encouraging states that have not yet undertaken many energy productivity measures to do so. Taking geographic diversity and other factors into consideration when allocating the grants would ensure that diverse states, public power utilities, energy cooperatives, and Indian tribes have the opportunity to increase their energy and cost savings. This competition places the tools needed in the hands of states and local communities, allowing them to develop the energy savings plans that work best for them and to share best practices with the rest of the country to ultimately double their state and community’s energy productivity by 2030.