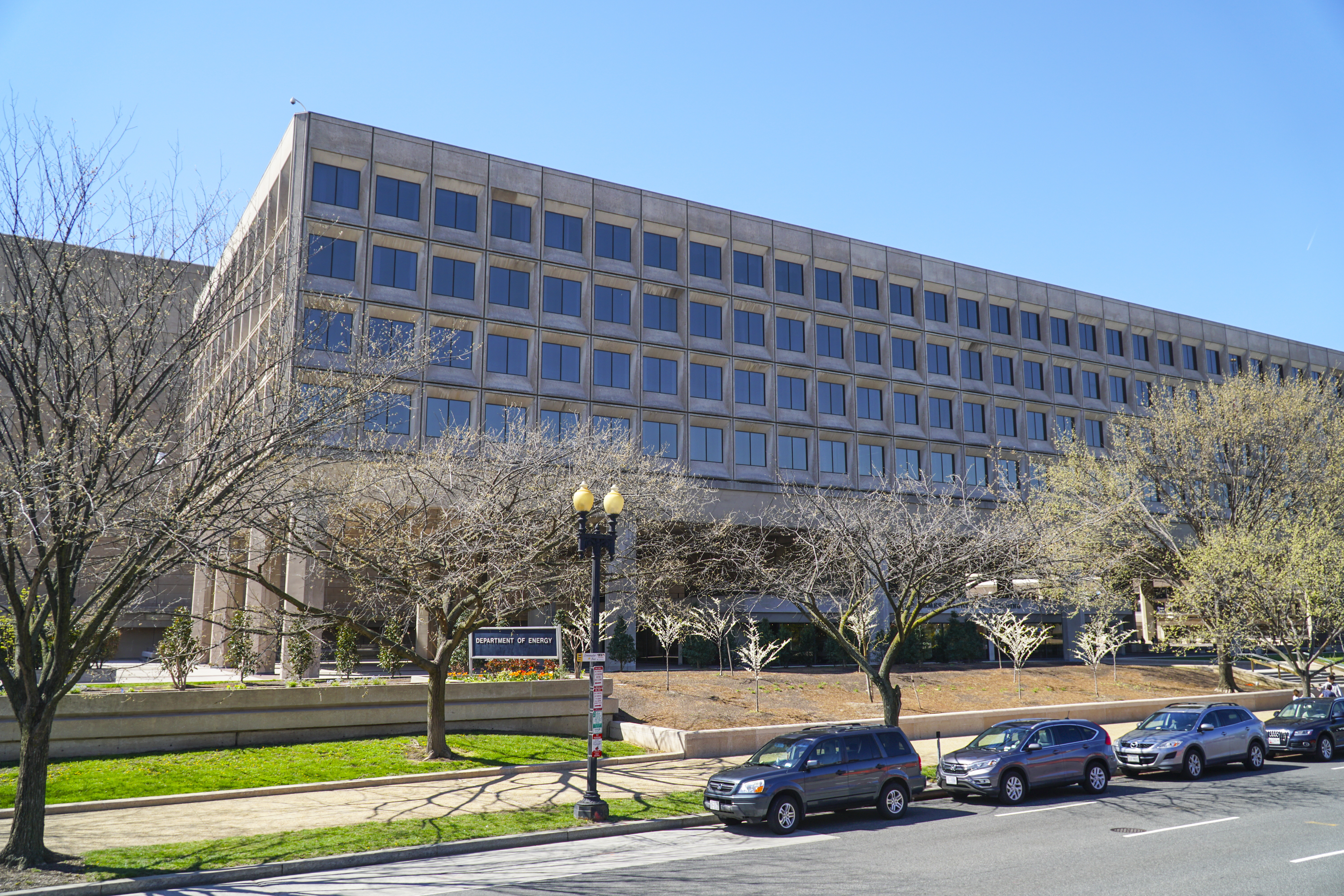 Invisible, powerful, and bipartisan – though most Americans may not know it, national energy efficiency standards for appliances and other products have had one of the greatest impacts on our daily lives of any energy policy in U.S. history. Begun under compromise legislation signed by President Ronald Reagan in 1987, efficiency standards have delivered and continue to deliver enormous reductions in household energy use and equally impressive cost savings. They also drive innovation and economic productivity and reduce harmful emissions, including carbon. The U.S. Department of Energy estimates standards put in place by 2016 will create cumulative energy savings of nearly 142 quadrillion British thermal units (quads) by 2030. That’s significantly more than the entire United States consumes in one year and would result in $2 trillion in cumulative utility bill savings to consumers and businesses. Factoring in the enormous environmental and public health benefits of avoiding nearly 4.5 trillion kilowatt-hours of energy generated and the case for standards is clear.

The first appliance and equipment standards were enacted in California in the 1970s, with the first national standards enacted through the National Appliance Energy Conservation Act signed into law by President Reagan in 1987. These were expanded in 1992, 2005, and 2007 – all with strong bipartisan support. Today, the Department of Energy oversees standards covering more than 60 product categories representing about 90% of home energy use (as well as 60% of commercial building and 30% of industrial energy use). Under the law, the department maintains a schedule and process for reviewing existing standards and updating them as warranted based on technological feasibility, cost-benefit analysis and projected energy savings.

Do the Benefits Add Up?

Efficiency standards put more money in consumers’ pockets by ensuring a minimum level of efficiency for refrigerators, water heaters, air conditioners and other common household products. A typical household saves about $500 per year as a result of current standards, according to the Appliance Standards Awareness Project (ASAP). The cost savings for consumers are immediate, and lifetime savings outweigh incremental costs by a ratio of 4 to 1. Standards particularly help low-income consumers and renters who often do not purchase their own appliances and/or spend a larger share of household income on energy. In 2015, DOE estimated that one in three U.S. households faced challenges in paying their energy bills.

Additionally, initial concerns that standards would drive up prices have not materialized. Inflation-adjusted retail prices for appliances have fallen even as the U.S. has significantly improved efficiency standards and manufacturers have added more features. In short, historical projections of price increases consistently underestimated U.S. market innovation. For example, from 1996-2004, the Department of Energy estimated that the price of appliances would rise somewhat; the actual data show that these projections were overestimated on average by a factor of 10. The innovation is clearly illustrated by today’s refrigerators: they use 75 percent less energy, while having 18 percent more space and costing half as much as they did in 1972 in real prices.  Similar trends can be observed in sales of clothes washers, dishwashers, and air conditioners, which use 70%, 40%, and 50% less energy than they did in 1990, respectively, while their prices have continued to fall (Figure 1). 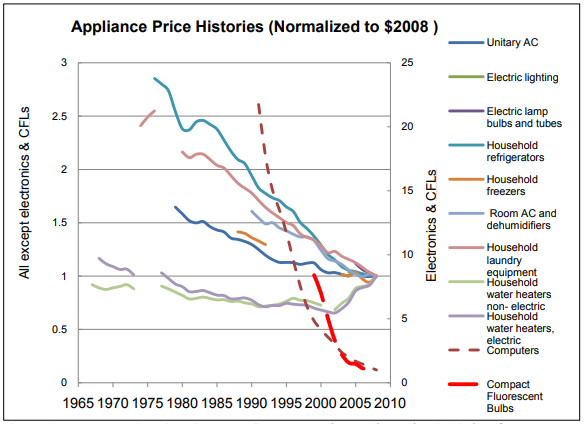 These cost savings for energy-efficient products also move in parallel with an increasing variety of product choices. Light bulbs are perhaps the most familiar example of how standards have stimulated innovation, resulting in more consumer options in wattage, color, warmth, and other factors. Anyone who has browsed the light bulb aisle at the hardware store lately knows that consumers can now choose between a wide variety of options that use up to 80 percent less electricity.

Similar trends can be observed in the purchase of most appliances and equipment, ranging from toasters and dishwashers to air conditioners. Clothes washers use less water and less energy today while featuring multiple cycle options for every kind of fabric with precise temperature settings and timers that suit every schedule.

A Vision for U.S. Competitiveness 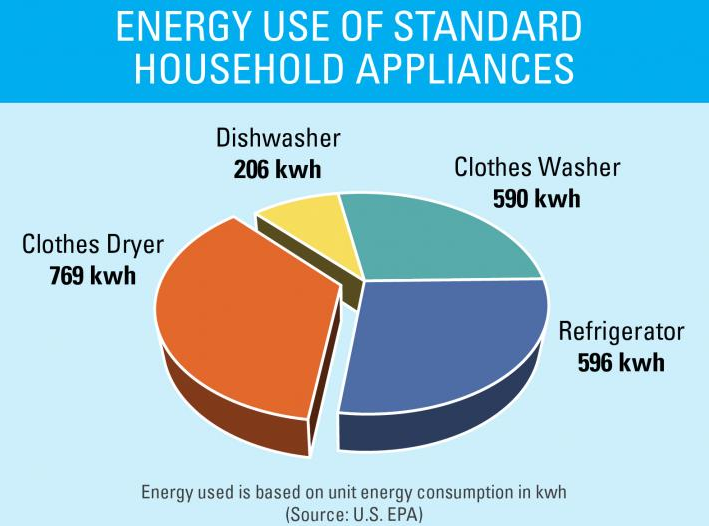 Manufacturers want a level playing field, clear rules, and consistency across state lines. Appliance standards provide these benefits and protect consumers from poor-quality products that waste dollars and don’t play by the rules. Additionally, manufacturers recognize that countries around the world are moving toward cleaner, more sustainable technologies, and that high-efficiency products offer a market advantage. With global demand rising for air conditioning, for example, the International Energy Agency recently released a report finding that the global stock of air conditioners will grow from 1.6 billion units today to 5.6 billion by 2050. This growth presents not just a staggering environmental challenge but also an enormous global market opportunity for companies that adapt to increasing demand for high-efficiency products. Because efficiency standards have driven innovation and expanded existing markets, it is estimated that they were responsible for the creation of 340,000 full-time equivalent jobs by 2010, expected to reach 380,000 by 2030. Currently, nearly 2.3 million Americans work in the energy efficiency sector.