While the Moving Ahead for Progress in the 21st Century Act (H.R. 4348) advances several energy efficiency policies, the law could have created more jobs, saved consumers and businesses more money, and further enhanced our national security by investing robustly in energy efficiency, according to the Alliance to Save Energy.

“The Transportation Reauthorization Bill reaffirms the bipartisan commitment to use less energy and decrease our dependence on oil in the transportation sector, but it fails to move the country in a big and bold way, which could be accomplished by relatively modest investments in a broad array of energy efficiency programs and policies," said Alliance to Save Energy President Kateri Callahan.

She continued, “The Alliance applauds many provisions of the bill, including important funding for public transit capacity, the creation of a primary freight network, and specific targets and monitoring to improve mobility and lower costs. But overall, we believe the measure leaves the country stuck in neutral — with respect to transportation efficiency improvements — when we should be putting the pedal to the metal on such investments.

"Federal programs and policies that afford Americans greater multi-modal transit and planning options, promote carpooling and other substitutes to reduce traffic congestion, and cut harmful emissions are essential to a productive and robust economy in the 21stcentury. They should have been central pillars of the Transportation Reauthorization bill,” Callahan added. 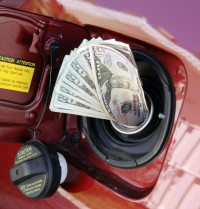 The U.S. Energy Information Administration indicates that the transportation sector consumes roughly 28% of all end-use energy in the United States. Furthermore, highway vehicle travel accounts for 81% of American transportation energy consumption, according to the U.S. Department of Transportation.

In a letter drafted by the Alliance and signed by other energy efficiency advocates, House and Senate conferees on the Transportation Reauthorization conference were urged to keep energy efficiency provisions that were originally approved as part of the Senate version (S. 1813) in the final bill. Chairwoman Barbara Boxer (D-Calif.) of the Senate Committee on the Environment and Public Works has stated this law could help create or sustain nearly 3 million domestic jobs, in part by investing in cleaner transportation options and updated traffic management technologies, and by repairing our present infrastructure.

Alliance to Save Energy Media Contacts