Rick Thigpen | Alliance to Save Energy
Skip to main content 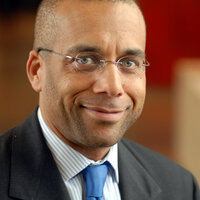 Board Member since November 2021

Richard T. Thigpen was named senior vice president – Corporate Citizenship in July 2018. Mr. Thigpen is also chairman of the PSEG Foundation. He is responsible for areas of the business that drive public policy through advocacy, including federal, state and local government affairs, sustainability, charitable activities and corporate social responsibility. Mr. Thigpen is a member of PSEG’s Executive Officer Group.

Mr. Thigpen joined PSEG in March 2007 as vice president –State Governmental Affairs of PSEG Services Corp. He has been a public affairs consultant since 1999 and was a co-founding partner of 1868 Public Affairs, which provides lobbying, strategic planning, public relations and government relations services to clients in New Jersey, New York and Washington, D.C.

Previously, Mr. Thigpen served as an associate at the New York law firm of Thacher Proffitt and Wood in the mortgage-backed securities practice group (1988 to 1990), was district director for U.S. Rep. Don Payne (NJ-10) (1990 to 1996) and executive director of the New Jersey Democratic State Committee (1996 to 1999). He also has served as a political analyst for New Jersey Network and as an academic associate for PublicMind, Fairleigh Dickinson University Polling and Survey Research Institute. Mr. Thigpen also was a former assistant to the president of the NAACP State Conference for Public Affairs. He is currently a member of the boards of the Regional Plan Association, the New Jersey Climate Change Alliance, the New Jersey Legislative Black Caucus Foundation, New Jersey Television, the Brown University Alumni Association and the New Jersey Pandemic Relief Fund. He also is a member of the American Association of Blacks in Energy’s national board and chair of the Legislative Issues and Public Policy Committee.

Mr. Thigpen holds a Doctor of Law degree from Columbia University School of Law and a Bachelor of Arts in political science from Brown University.