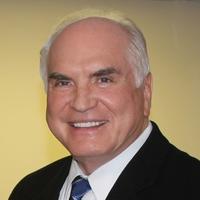 Honorary Board Member since 2019

Congressman Kelly represents Pennsylvania’s 16th Congressional District. From Butler, Pennsylvania, he graduated from Butler High School in 1966 and then attended the University of Notre Dame on a football and academic scholarship. After college, Kelly moved home to work at Kelly Chevrolet-Cadillac, the dealership he later took over from his father. Kelly’s business employs over 100 people and now includes Hyundai and KIA franchises.

Kelly sits on the House Ways and Means Committee and is Ranking Member of the Oversight Subcommittee. He is co-chair of the Automotive, Childhood Cancer, Retirement Security, Small Brewers, and the Korea Caucuses.

The Pittsburgh Tribune-Review calls Kelly “Butler’s straight talker” and “a true man of the people.” Fox News’ Neil Cavuto calls him “a key player” and “a mover and shaker” in the House.

He and his wife Victoria have four children and ten grandchildren.