Michael Burgess | Alliance to Save Energy
Skip to main content 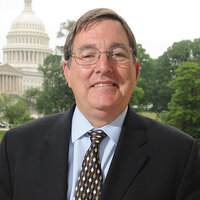 Honorary Board Member since 2011

After spending nearly three decades practicing medicine as an Ob/Gyn in North Texas, Congressman Michael C. Burgess, M.D., was first elected to Congress in 2002, and re-elected in 2004, 2006, and most recently in 2008.  During his time on Capitol Hill he has earned a reputation as a problem-solver who seeks sensible solutions to the challenges Americans face.

Dr. Burgess serves on the prestigious House Energy and Commerce Committee and is the top Republican on the Oversight and Investigations Subcommittee. Burgess also serves on the Health and Energy and Environment Subcommittees. He is a member of the bicameral Joint Economic Committee, and Dr. Burgess recently founded and is Chairman of the Congressional Health Care Caucus. During his six years in Congress, Dr. Burgess has been a strong advocate for health care legislation aimed at reducing health care costs, improving choices, reforming liability laws to put the needs of patients first, and ensuring there are enough doctors in the public and private sector to care for America’s patients, and played an important role in bipartisan efforts to ensure the safety of food, drugs, and consumer products.

As a Member of Congress representing one of the fastest growing areas of the country, transportation is also a top priority for Dr. Burgess. He successfully amended the 2005 Highway Bill to include development credits, design-build, and environmental streamlining. During his time on Capitol Hill, he also has worked to build, maintain, and improve the safety of our roads, bridges, air service and transit in the North Texas region.

While in the House of Representatives, Dr. Burgess has received several awards, including the 2008 House Legislator of the Year from the Multiple Sclerosis Society; 2005 Legislator of the Year by the American Academy of Nurse Practitioners; Guardian of Small Business by the National Federation of Independent Business (NFIB); and the Spirit of Enterprise award by the U.S. Chamber of Commerce, among others.