Kateri Callahan | Alliance to Save Energy
Skip to main content

THE ALLIANCE TO SAVE ENERGY RESOURCES 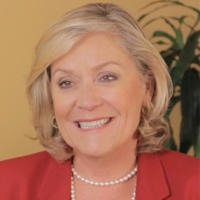 Director’s Circle
Alliance to Save Energy

Kateri Callahan brought more than 25 years of experience in policy advocacy, fundraising, coalition building, and organizational management to her position as the president of the Alliance to Save Energy. The Alliance, a premier non-government organization headquartered in Washington, D.C., has worked for nearly four decades to advance energy efficiency worldwide to achieve a healthier economy, a cleaner environment, and greater energy security. Serving as president of the Alliance from January 2004 to April 2018, Callahan led a staff of 30 and oversaw a budget of approximately $8 million annually. Under Callahan’s leadership, the Alliance conducts policy, communications, research, education, and market transformation initiatives in the U.S. and abroad.

Callahan is a trusted source for credible information on energy efficiency and its role in addressing the environmental, economic and national security issues associated with the use of energy. Callahan served as the principal spokesperson of the Alliance, appearing regularly before the Congress and the media, and addressing conferences and gatherings around the world and for four consecutive years (2013 – 2016) has been recognized as a “Top Lobbyist” by The Hill in its annual rankings.

In addition to her work leading the Alliance, Callahan serves as a “C3E Ambassador”- a group of 20 distinguished senior professionals who share an interest in broadening the recruitment, retention, and advancement of highly qualified women in the field of clean energy. She also currently serves as a member of the Board of the Business Council for Sustainable Energy and the Green Building Initiative, as well as on the Advisory Boards of Duke’s Center for Energy, Development and the Global Environment (EDGE), the UC Davis Policy Institute for Energy, Environment and the Economy. Secretary of Energy Ernest J. Moniz appointed Callahan to serve as a member of the National Petroleum Council for the 2016-2017 membership term to represent the views of the environmental and other public interest organizations. This marks Callahan's second "tour of duty" on the National Petroleum Council having been appointed previously by then Secretary of Energy Samuel Bodman.