Doreen Harris | Alliance to Save Energy
Skip to main content 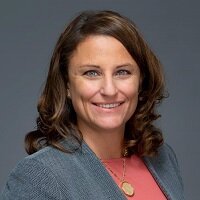 Board Member Since January 2021

During her 10 years of public service, she has held executive, technical, and policy positions at NYSERDA, most recently as the Vice President of Large-Scale Renewables. While at NYSERDA, she has overseen the State’s nation-leading advancement of renewable resources under the Climate Leadership and Community Protection Act and Clean Energy Standard. Ms. Harris also spearheaded the strategic development of New York’s offshore wind resource, including the execution of the State’s offshore wind master plan. She was also instrumental in advancing and implementing the Accelerated Renewable Energy Growth and Community Benefit Act, which will modernize the siting of large-scale renewable energy projects across New York.

Before embarking on a career in public service, Ms. Harris spent more than a decade in the energy sector, serving in management and engineering roles. She began her career at Alcoa Advanced Technologies and Optimization Technologies in engineering roles associated with consulting and project management. Prior to joining NYSERDA, she served as Project Director for Global Water Technologies, Inc., where she led a multi-year initiative to develop and commercialize energy savings and water treatment technologies.

She currently serves on the boards of several organizations, including the Clean Energy States Alliance (CESA) and the National Offshore Wind Research and Development Consortium.