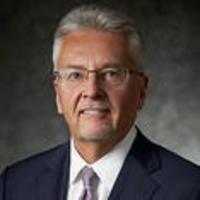 Board Member since June 2019

Mr. Anderson is a Co-Founder of Ameresco, a leading cleantech integrator and renewable energy asset developer, owner and operator. He is a member of the founding management team of Ameresco (NYSE:AMRC), and has been a long-standing member of the Board of Directors from 2000 to 2021.

Mr. Anderson has over 35 years of diversified experience in the energy industry and contributed to the successful development, implementation, and execution of Ameresco’s strategic vision.  In this capacity, he has played a key leadership role in driving Ameresco’s growth and development in becoming a leading independent energy solutions company throughout North America and the United Kingdom.

Mr. Anderson directed the Company’s business development initiatives through a plan of significant organic growth and accretive strategic acquisitions.  Additionally, he served as the General Manager for several U.S. business units, including Ameresco’s Energy Supply and Risk Management businesses, and he oversaw Ameresco’s international business in Ireland, the United Kingdom and throughout Western Europe.  Mr. Anderson has been instrumental in structuring and negotiating complex contracts and intricate business relationships and has helped to introduce and redraft legislative and regulatory policies concerning energy and environmental initiatives.  He was also responsible for corporate government relations as well as strategic marketing and communications.

Mr. Anderson is an active member of the National Association of Energy Service Companies.  He is also a former member of the Board of Directors of the Northeast Clean Energy Council.  In addition, throughout much of his career, he has held various executive and senior management positions focused on the development, design/engineering, financing, construction and operation of successful energy projects involving advanced technologies including active efficiency, combined heat and power, geothermal, solar PV, wind, battery storage and microgrids representing over $6 billion.

Mr. Anderson often speaks on topics such as Energy Efficiency, Renewable Energy, Net Zero Planning and related Innovative Financing, and has been invited to participate in Executive-level Federal Governmental meetings and State Governmental forums.  He is often tapped to provide his views and guidance regarding energy issues, including resiliency planning, carbon reduction initiatives, and environmental justice programs. He also participates in discussions setting direction for national and state energy policy. Mr. Anderson is frequently quoted in industry and business publications.