Christopher Womack | Alliance to Save Energy
Skip to main content 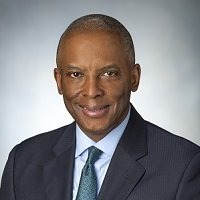 Board Member Since November 2018

Chris Womack is president, chairman, and CEO of Georgia Power.

Womack previously served as Executive Vice President and President of External Affairs for Southern Company, of which Georgia Power is the largest subsidiary. In this role, Womack directed the company’s public policy strategies, and oversaw the company’s federal and state governmental and regulatory affairs, corporate communication initiatives, and other external engagements. Womack joined Southern Company in 1988 as a governmental affairs representative for Alabama Power.

A native of Greenville, Alabama, he holds a bachelor’s degree from Western Michigan University and a master’s degree in public administration from The American University. He completed the Stanford Executive Program in 2001.