Gil Quiniones | Alliance to Save Energy
Skip to main content 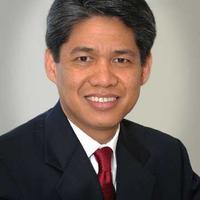 Board Member since October 2014

He was elected by the NYPA Board of Trustees in November 2011 as president and CEO after Gov. Andrew M. Cuomo nominated him the previous month. The New York State Senate approved his appointment in January 2012.

Quiniones is playing a key leadership role in the historic shift of New York’s energy industry toward greater penetration of clean energy resources and additional options for customers in their utilization of energy. This includes support of Governor Cuomo’s Reforming the Energy Vision, a comprehensive endeavor for animating markets for distributed energy resources, energy efficiency and empowering customers.

Quiniones served as co-chairman of the New York Energy Highway Task Force, a major initiative set forth by the Governor to revitalize the state’s electric power system from accelerated public- and private-sector investments in clean generation and transmission capacity, including smart-grid technologies.

In July 2014, Quiniones was appointed to the board of the New York State Energy Research and Development Authority, which advances innovative energy solutions for all New Yorkers.

Quiniones is active in the affairs of two national public power organizations, serving on the Steering Committee of the Board of the Large Public Power Council (LPPC), as co-chair of the LPPC’s Government Relations Task Force and as the Power Authority’s principal representative to the American Public Power Association.

Before joining NYPA in October 2007 as executive vice president of Energy Marketing and Corporate Affairs, Quiniones served for more than four years as senior vice president of Energy and Telecommunications for the New York City Economic Development Corporation. He was the city’s chief consultant on energy policy issues and established and led Mayor Michael R. Bloomberg’s Energy Policy Task Force, a public-private group that developed a comprehensive strategy for meeting the city’s future energy needs.