Tim Lacey | Alliance to Save Energy
Skip to main content 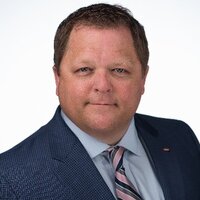 Tim Lacey is the Global Business Director of Dow Building & Construction (DB&C) for The Dow Chemical Company. In this role, Tim is responsible for defining DB&C strategic direction in all building & construction market segments and technology platforms around the globe. This includes strategic and growth initiatives, profit/loss management, capital, organic innovation and M&A activity

Tim joined Dow in 1990 via its Commercial Development Program. He assumed roles within Sales and Purchasing before joining Dow’s then Building Materials Marketing team in 1996. He was promoted to various cross-regional strategic marketing and business development roles through 2005. In 2006, he became Dow Corporate Commercial Excellence Director, which included responsibility for Global Sales and Marketing recruitment, on-boarding, education and programs.

In 2008, he was named Director for Dow Corporate Mergers and Acquisitions. During his tenure, Tim had instrumental roles in the creation of STYRONTM, the divestiture of Haltermann Products, the sale of UCC’s interest in Optimal and NUC, and the sale of Dow’s interest in the Total Raffinaderij refinery business, all of which were key steps in Dow’s strategic transformation.  In September 2013, he was named Americas Business Director, Dow Building Solutions, and held that post until becoming Global Business Director, Dow Building Solutions in 2014.

Tim has been active in Habitat for Humanity since shortly after joining Dow in 1990 and has helped expand Dow’s involvement in Habitat through contributions of funds, grants and product. Active in the Midland community and civic organizations serving on several executive boards and coaching youth sports has led to Tim affectionately being called the “Mayor of Midland” for his local involvement.

Tim received a bachelor’s degree in marketing from the University of Alabama in Tuscaloosa and attended executive leadership sessions at Indiana University’s Kelley School of Management.