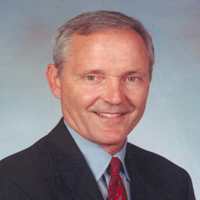 Mr. Dreessen is a global expert in financing end-use energy efficiency projects (EEPs) within existing industrial process and large commercial/institutional facilities. His specialized expertise to structure/arrange local debt and equity financing of EEPs in developing markets stems from his 30+ years experience of successfully developing or financing EEPs in over 24 countries.

Mr. Dreessen’s extensive financing, transaction-based structuring and contract expertise resulted in his creation of several innovative leading-edge project financing options for EEPs. Creating those options gained him recognition as a global energy efficiency financing expert, with a reputation for creating market-based structures that were “firsts” in many developing countries.

Since 2004, Mr. Dreessen has utilized his unique international financing experience to create new market-based, financing mechanisms and structures to fill EEP financing and technical gaps in China and Mexico where there is strong market demand. Mr. Dreessen serves as a project financing intermediary for stakeholders in these markets, aggregating EEPs to access both equity and local debt in China and local debt in Mexico on a project basis. His experience includes:

- Team leader for Econoler to provide training and capacity-building services to the Export-Import Bank of China under its Energy Efficiency and Renewable Energy Credit Program financed by KfW with a focus on evaluating/financing energy efficiency projects.
- Formed Energy Efficiency Project Investment Company, Limited (“EEPIC”), a Hong Kong company operating out of Beijing PRC that is raising with Sustainable Development Company, Ltd. a US$ 100+ million private equity energy efficiency Fund that will invest in EEPs developed and implemented by local ESCOs at large end-use energy-consuming facilities (“Hosts”) throughout China. The Fund will apply commercially-proven energy efficiency technologies and structured project finance disciplines within an equity fund structure to invest in EEPs and access local debt based on savings-based payments from the Hosts. The Fund will scale up its financing of EEPs and reduce transaction costs by: i) aggregating multiple EEPs within multiple special purpose companies to obtain sufficient volume to attract lenders; and ii) utilizing Mr. Dreessen’s standardized transaction documents and energy efficiency methodologies to evaluate and manage the on-going savings performance of the EEPs.

- Created new savings and credit risk guarantees and related financing mechanisms, under a USTDA contract, for the Mexican development bank, Nacional Financiera, SNC (“NAFIN”), to provide to local Mexican banks that finance EEPs.
- As a follow up, developed the first of three demonstration projects, under a REEEP contract, that has been submitted to NAFIN by a local Mexican bank to access the above guarantees and mechanisms for financing by the local Mexican bank on a strictly “paid-from-savings” basis.
- Created and conducted IEEFP-Mexico Bank Training workshops, under a Global Opportunity Fund contract, that trained 37 individuals, from 17 local banks, government and private organizations in Mexico, on how to evaluate the benefits and risks associated with financing EEPs. This contract extended the scope of work previously completed by Mr. Dreessen under an APEC-funded contract for the initial development of an international energy efficiency financing protocol (“IEEFP”) for the Efficiency Valuation Organization (“EVO”) in Mexico and Thailand.

Mr. Dreessen developed the IEEFP under the aegis of EVO and is the “founding author” and major contributor to the “IEEFP Standardized Concepts” document published by EVO in April 2009. The IEEFP is expected to become a “blue print” for local banks to evaluate the financing of EEPs in international markets. IEEFP’s goal is to overcome barriers of local banks to be willing to finance EEPs, caused in large part by a “disconnect” between traditional asset-based lending versus the cash flow-based project financing needed for EEPs.IEEFP’s focus is to get local bankers around the world to understand the reliability of energy efficiency savings generated by EEPs and how they create increased credit capacity for the end-use Hosts.

His U.S. company, EPS Capital, has an agreement with U.S. Overseas Private Investment Company (“OPIC”) bank to be one of its worldwide Loan Originators tasked to help OPIC finance energy efficiency in multiple international markets.

Mr. Dreessen’s experience in energy efficiency financing began with his founding one of the first ESCOs in the U.S. in 1981. During this time, he developed, financed and implemented some of the largest and most comprehensive performance-based EEPs in industrial process and large commercial and institutional facilities around the world. Examples of some of his innovative “firsts” include him:

- Being one of the first in the U.S. to develop “third-party” leases for financing ESCO EEPs under the Guaranteed Savings Model on an “Off-balance Sheet” basis in 1984;
Having developed/financed/implemented the largest ESCO project ever implemented in North America in 1993: $18.6 million at LSU with annual savings of $4.5 million per year;
- Having developed/financed the first ESCO projects on a “paid-from-savings” basis in several developing markets in the late 1990’s, most notably an $11 million project at a Steel Mill in Russia; $10 million worth of multiple hospital and industrial projects in the Czech Republic; and $5 million worth of industrial projects in India;
- Modifying the Special Purpose Entity (“SPE”) structure commonly used by supply-side Independent Power Plants to finance $15 million in savings-based EEPs with several U.S Hospitals on a “non-recourse” and “off-balance sheet” basis;
- Creating a “Outsourcing” financing structure to enable his U.S. healthcare ESCO to install multiple energy-related infrastructure upgrades in hospitals that were repaid within a bundled “total facility” outsourcing services contract.

Mr. Dreessen serves on the Board and in other capacities of the following non profit organizations:

Mr. Dreessen holds a BBA in Accounting and a MBA in General Business from Lamar University. He also became a Certified Public Accountant in 1974.