Terence Sobolewski | Alliance to Save Energy
Skip to main content 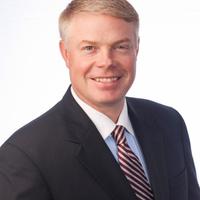 Board Director
National Grid US

Board Member since December 2015

He previously served as Senior Vice President and CCO, where he was responsible for the company's strategy on brand, new products, emerging technologies, sales of gas conversion and energy efficiency programs, gas and electric procurement and supply, and customer analytics.

In his previous role as Senior Vice President, Business Planning and Performance, he was responsible for leading the design, implementation and on-going ownership of the U.S. region’s integrated Business Operating Cycle (BOC) model. The model aligned critical elements such as budget, compliance, safety, talent and capability, and growth through an operating cadence to the overall US business vision and strategy. He was also responsible for integrating performance excellence and applying discipline and focus to achieve successful delivery of the strategies and goals outlined in the company’s US strategy, Elevate 2018.

Prior to Joining National Grid, Terry led the East Coast Business Development for SunPower Corporation, a leader in the design, manufacturing and delivery of new solar technologies. Terry also worked for GE Capital, where he was promoted through a series of assignments in Operations, Quality, Sales and Marketing. Terry was named Mid-Atlantic Region Manager for GE Capital Solutions and went on to hold additional senior leadership positions as General Manager for GE Technology Finance and Senior Managing Director - Channel Sales for GE Vendor Finance. He also served four years in the US Navy. While on active duty, he completed training as a Naval Intelligence Officer and spent the majority of his time with Electronic Warfare, Squadron 130, in Whidbey Island, WA. Terry received both his B.S.E. in Mechanical Engineering and his M.B.A. from Duke University.