Steve Israel | Alliance to Save Energy
Skip to main content 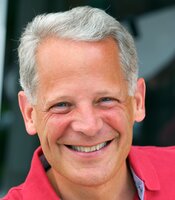 Honorary Board Member since 2008

Israel was appointed to the Select Intelligence Oversight Panel, which consists of only 13 Members who review budgets and programs by the US intelligence community. The panel was a key recommendation of the 9-11 Commission.

Veterans and Military Families
A passionate and relentless advocate for veterans and military families, Israel has secured more than $3.4 million in overdue benefits for Long Islanders who served their country. He has visited U.S. troops in conflict areas on seven occasions, including visiting highly remote fire bases in Afghanistan.
Civil and Human Rights
Israel is also a staunch defender of human and civil rights. In 2007, he withstood strong opposition when he led the fight against reports of unconstitutional religious coercion and proselytizing in U.S. military academies.

The Middle East and Israel
As a Member of the State and Foreign Operations Appropriations Subcommittee, Israel leads the House in supporting U.S. assistance for the State of Israel and has been an active voice on behalf of US-Israeli relations. He was considered an instrumental Congressional influence in helping to monitor and close tunnels from Egypt to the Gaza strip.

Long Island Accomplishments
Among Israel's local accomplishments are securing record-level federal investments to protect the Long Island Sound; seeking to protect Long Island taxpayers by changing the federal tax code to reflect the local cost-of-living; and supporting local women's health initiatives -a priority in his role as Co-Chair of the House Cancer Caucus.
Personal
Israel enjoys writing, and published an anthology of historic military speeches entitled "Charge." Considered a consensus builder, he admits being highly partisan about one thing: the New York Mets.
He is married to Suffolk County Family Court Judge Marlene Budd and has two daughters as well as two miniature schnauzers named Max and Gracie.