The Alliance to Save Energy Resources 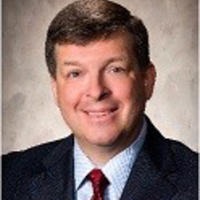 Rory J. Yanchek is the Vice President of 3M Government Markets.  He is responsible for the strategic and operational leadership of this United States Government market focused business.

Previously, He was the Vice President and General Manager of 3M’s Aerospace and Commercial Transportation Division.  His team designed, manufactured and marketed an innovative portfolio of engineered material science solutions for the aerospace and commercial transportation industries.

From 2012 to 2014 he was the Vice President and General Manager of 3M Defense Markets Division.  This cross 3M division organization was chartered to bring 3M’s broad product and solutions capabilities to the global defense industry.

Rory led 3M’s Track and Trace Solutions Division as General Manager from 2008 to 2012.  Under his leadership, the business launched three new industry platforms using RFID and electromagnetic technology.  He developed the vision, created the strategy, and led the execution of the acquisition of Attenti.  He further positioned the business by executing a game changing alliance with Checkpoint Systems, Inc. enabling 3M’s Library Systems business to be the worldwide leader in its market.

Prior to the Track and Trace assignment, Rory was responsible for Government sales and marketing for 3M’s Occupational Health business. He was the key architect behind the successful development and launch of the world’s first powered air purifying respirator used for the protection of First Responders.  This breakthrough innovation for personal protection is widely used today to protect fire, police and emergency medical services personnel worldwide.

Rory served as a Six Sigma Black Belt. His Six Sigma focus was on the activities associated with organic growth execution, acquisition integration, and operations planning.

Before joining 3M, he served in leadership positions with international health care and medical device companies. At Racal Health & Safety Inc., he was Director of Government Sales and Marketing responsible for respiratory protection devices and before that, he spent a decade with Schein Pharmaceutical and Allergan Pharmaceuticals in various U.S. and global sales, sales management and marketing management roles.

Rory holds a Masters of Business Administration from The University of St Thomas (Minnesota) and a Bachelor of Arts in Political Science from East Stroudsburg University (Pennsylvania).  He served over ten years in the active and reserve components of the United State Army as an Airborne Ranger qualified Infantry Officer.

He is active in business, professional and civic organizations including Chairman of the Board of Aearo Technologies, llc,, a Board of Governors member of the Aerospace Industries Association, past Board of Trustees member at Hill Murray High School, and is a Board of Director’s member of Eagle’s Turf.

He resides in Stillwater, Minnesota with his wife Diane and two children.