Roger Berliner | Alliance to Save Energy
Skip to main content 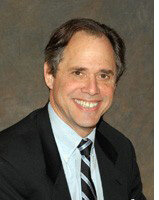 Roger Berliner was first elected to the Montgomery County Council in November 2006 as the District 1 representative for the Bethesda, Chevy Chase, Potomac, Kensington, and Poolesville areas. In 2011, he was elected by his colleagues to serve a one-year term as Council President. He is also Chair of the Transportation, Infrastructure, Energy, and Environment Committee and a member of the Public Safety Committee. He has served as the Council’s representative to the County’s Sustainability Working Group and Green Economic Task Force. Regionally, he is on the Washington Regional Board of Directors of the Council of Governments where he is an active member of the Climate, Energy, and Environment Policy Committee.

Councilmember Berliner has a distinguished record of service to Montgomery County, the Democratic Party, and our larger community. He was the Legislative Director for U.S. Senator Howard Metzenbaum, a Policy Advisor to U.S. Congressman Henry Waxman, a Senior Policy Advisor to the California State Legislature, and the Director of Congressional Liaison for a federal agency in the Carter Administration. As a result of his vast experience, he is an expert on the legislative process.

He has been equally accomplished in his 20-year legal career. President of Berliner Law PLLC, Mr. Berliner is considered one of the nation’s foremost energy lawyers, and his views on energy policy are regularly sought by leading newspapers and journals. He has been at the forefront of the fight against Enron, and he fought for County ratepayers against high utility rates.

Councilmember Berliner’s commitment to inclusion and civil society is reflected in his service on the Board of Directors of the internationally-renowned nonprofit Search for Common Ground, and on the Council of Advisors to the Interfaith Conference of Metropolitan Washington. He was the host of the Montgomery Community Television show “Search for Common Ground in Montgomery County”, a unique award-winning program that constructively brought adversaries closer on issues of great concern to our community.

Councilmember Berliner obtained his law degree from McGeorge School of Law in Sacramento, California, and his undergraduate degree from Dartmouth College in Hanover, New Hampshire. He is a passionate fly fisherman and golfer and an avid Redskins, Nationals and Wizards fan.