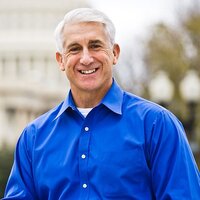 Congressman Dave Reichert brings over 40 years of public service experience to Washington. Reichert is serving his sixth term as the Representative from the Eighth Congressional District of Washington.

Congressman Reichert serves on the House Ways and Means Committee, with appointments to three subcommittees:  Tax Policy, Human Resources, and Trade, of which he is Chairman.Reichert has a remarkable record of service. Decisive leadership, integrity and tireless dedication are his hallmarks. From 1971 through 1976, Reichert was a member of the U.S. Air Force Reserve. In 1972 Reichert joined the King County Sheriff’s Office and in 1997 he became the first elected sheriff in 30 years. Under his leadership, the county saw a significant drop in violent crime. Reichert brought national recognition to the Sheriff’s Office as head of the Green River Task Force solving the largest serial murder case in U.S. history. As Sheriff, Reichert also brought an unprecedented $28 million in federal funding to King County law enforcement efforts.Sheriff Reichert established himself as a leading voice against domestic violence and an advocate of strong family values. In 2004 Reichert received the prestigious National Sheriffs’ Association’s “Sheriff of the Year” award. He is a two-time Medal of Valor Award recipient from the King County Sheriff’s Office and was honored with Washington Policy Center’s Champion of Freedom Award. Reichert received the Families Northwest Public Policy Award and took top honors in a local television network’s (King 5) leadership poll.Reichert served as president of the Washington State Sheriffs’ Association and an executive board member of the Washington Association of Sheriffs and Police Chiefs. He has served on numerous advisory boards including the King County Criminal Justice Council and the King County Domestic Violence Council. Reichert co-chaired the Washington State Partners in Crisis, a statewide coalition targeting issues related to mental health. Reichert also was a leader in the fight against Meth in Washington State by implementing annual Statewide Conferences, State Meth Action Teams, and was co-chair of the KC Meth Coalition. As Sheriff, he was also a member of the KC Committee to End Homelessness. He currently serves as a member of the Special Olympics of Washington State Board of Directors.Dave Reichert was born in Detroit Lakes, Minnesota, in 1950, the oldest of seven children and grandson of the town marshal. His family moved to Washington State in 1951, living first in Renton and later in Kent, where Reichert attended Kent Meridian High School. He graduated with an A.A. degree from Concordia Lutheran College in Portland, Oregon, where he played football and met his wife of 44 years, Julie. The Reicherts currently live in Auburn and have three grown children, Angela, Tabitha and Daniel, and six grandchildren.