Peter Molinaro | Alliance to Save Energy
Skip to main content 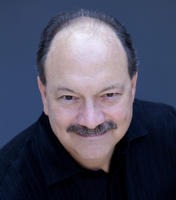 Peter Molinaro has over 37 years of public and private sector experience in the fields of public policy and public affairs.  He most recently served as Vice President, North America Government Affairs for The Dow Chemical Company, responsible for U.S. federal, state and Canada government affairs professionals, advocacy management and maintaining relationships with national political, governmental and non-governmental organizations.  He also led the company’s advocacy efforts on U.S. energy and climate change policy.

Peter offers vision, experience and creativity in areas such as:

Prior to joining Dow, Peter was Assistant Director of Government Affairs for Union Carbide Corporation.

After beginning his career in local government, he joined Union Carbide in 1981 as Manager of Community Affairs and then spent several years as Regional Manager of Public Affairs, responsible for state government relations in the northeast.  He retired in December, 2013 with nearly 33 years of service to the combined companies.

He is a member of the Board of Directors of the American Council for an Energy Efficient Economy, member of The Business-Government Relations Council, and is a past vice-chairman of the Public Affairs Council and Chairman-Emeritus of the Federal Government Affairs Committee of the American Chemistry Council.

A native of Danbury, Connecticut, he is married with two daughters and currently resides in Oakton, Virginia.