Melanie Kenderdine | Alliance to Save Energy
Skip to main content 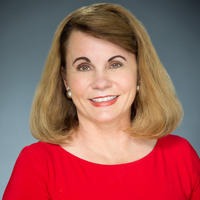 Board Member Since November 2018

Melanie Kenderdine is a principal of the Energy Futures Initiative and a non-resident senior fellow at the Atlantic Council, a Washington think tank. Kenderdine served at the Department of Energy from May 2013 - January 2017, as the Energy Counselor to the Secretary and concurrently as the Director of DOE’s Office of Energy Policy and Systems Analysis. Her 100-person office was responsible for analysis and policy development in areas that included: energy innovation; climate change; energy security; energy systems and infrastructure; and North American energy integration.

Prior to her service at DOE, Ms. Kenderdine helped to establish the MIT Energy Initiative (MITEI) and served as its Executive Director. During her six-year tenure at MITEI, she managed a large research and administrative staff, was a member of the research team for MIT’s Future of Natural Gas Study, was the rapporteur and editor for the MITEI Symposium Series and edited the MIT Future of the Electric Grid study.

Before joining MITEI, Ms. Kenderdine served as the Vice President of Washington Operations for the Gas Technology Institute (GTI) from 2001 to 2007. From 1993 to 2001, Ms. Kenderdine was a political appointee in President Bill Clinton’s administration, where she served in several key posts at DOE. Prior to joining DOE, Ms. Kenderdine was Chief of Staff and Legislative Director for New Mexico Congressman Bill Richardson.