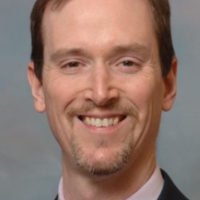 An active participant in the Consumer Technology Association (CTA), Godfrey is chair of the CTA Foundation’s Board of Trustees and a member of CTA’s Video Division Board, among other groups.  He is also a past chairman of the Board of Directors of the Advanced Television Systems Committee, the standards developing organization for digital television broadcasting.  He served on the Federal Communications Commission’s Downloadable Security Technology Advisory Committee in 2015 and the Access Board’s Electronic and Information Technology Accessibility Advisory Committee in 1998-1999.

Prior to joining Samsung in 2006, Godfrey was vice president of government affairs for Pioneer North America; and previously, he was director of government affairs for Sony Electronics, also in Washington.  Earlier, he was with the Information Technology Industry Council, a trade association of leading information technology companies; the National Research Council, the policy research arm of the National Academies of Science and Engineering; and SRI International.