John B. Rhodes | Alliance to Save Energy
Skip to main content 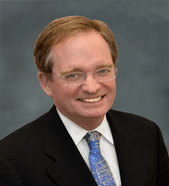 Board Member since January 2015

John B. Rhodes was appointed President and Chief Executive Officer of the New York State Energy Research and Development Authority (NYSERDA) on September 16, 2013.

Mr. Rhodes brings more than 30 years of experience in business with a focus on the financial and energy industries having lived and worked internationally, including India, Germany, Brazil, and Argentina.

Prior to his appointment, Mr. Rhodes served as the Director for the Center for Market Innovation at the Natural Resources Defense Council (NRDC), an international environmental advocacy organization.  The Center works to channel private capital towards environmentally beneficial investments with a focus on energy efficiency, renewable energy, green infrastructure, and sustainable food and agriculture.

Additionally, Mr. Rhodes was a partner at Booz Allen Hamilton where he provided strategic consulting for clients across technology–intensive industries including energy, aerospace, chemicals and pharmaceuticals.  He has also served as a Trader and General Manager at Metallgesellschaft, a German mining, metals and engineering firm.

He also serves on boards of several non-profit organizations, including the Alliance to Save Energy, Urban Green Council, New York Institute for Special Education, American Federation for Aging Research and Cornerstone Literacy. He previously served as a Trustee on the Citizens Budget Commission of New York and as an Advisory Council member for the Metropolitan Policy Program at the Brookings Institution.

Mr. Rhodes is a graduate of Princeton University and the Yale School of Management.