Jeffrey Duncan | Alliance to Save Energy
Skip to main content 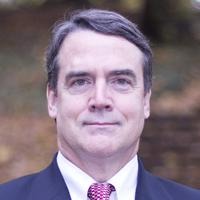 Jeffrey Duncan is a Capitol Hill veteran with more than three decades of experience working on a wide array of issues in both the Senate and the House of Representatives.

Prior to founding Duncan Government Strategies, he served for 28 years as a senior advisor to first Representative, and then Senator Edward J. Markey (D-MA). Throughout his career, Duncan has worked closely with Members of Congress, Congressional Staff, Administration officials, and outside stakeholders on some of the most complex and hotly contested issues of the day.

Most recently, Duncan was Senator Markey's Chief of Staff. In that capacity, he was the Senator’s top political and strategic adviser, developing and helping to implement the Senator’s top legislative and oversight priorities and supervising the Senator's staff.

Previously, Duncan served as the Democratic Staff Director for the House Natural Resources Committee, where Markey served as the Ranking Democrat. In that capacity, Duncan directed the activities of the Committee's Democratic staff with respect to federal public lands, including oil and gas exploration, mining, and renewable energy development, national parks, forests, and national monuments, national oceans and fisheries policy, the National Environmental Policy Act, and matters relating to Indian tribes and insular territories of the United States.

From 2007 to 2010, Duncan served as Chief of Staff for then-Rep. Markey as well as a Staff Member of the House Select Committee on Energy Independence and Global Warming. During this period, Duncan assisted legislative and oversight activities relating to House passage of the Waxman-Markey climate change and clean energy bill; and oversaw and coordinated legislative and oversight activities relating to the Congressional investigation into the BP Deepwater Horizon Disaster, as well as the Energy Independence and Security Act of 2007.

From 1995 to 2007, Duncan was the Legislative Director in Markey's House office, where he supervised the legislative staff, focusing on numerous oversight and legislative matters within the jurisdiction of the Energy and Commerce and Natural Resources Committees, including financial services, energy, environment, consumer protection and privacy. He also oversaw the office’s communications strategy and outreach to the press and the public.

From 1990 to 1995, Duncan was on the staff of the House Energy and Commerce Committee, Subcommittee on Telecommunications and Finance, where he was responsible for legislative and oversight activities relating to securities and exchanges.

From 1985 to 1990, Duncan was a Legislative Assistant to Rep. Markey, responsible for arms control and defense policy, foreign relations, trade, and export controls.

From 1983 to 1985, Duncan was a Staff Consultant on the bicameral, bipartisan Arms Control and Foreign Policy Caucus, where he worked on arms control and defense policy.