Fred Krupp | Alliance to Save Energy
Skip to main content 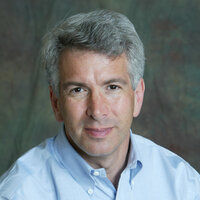 In his 26 years as head of Environmental Defense Fund, Fred Krupp has overseen the growth of EDF from a small nonprofit with budget of $3 million into a recognized worldwide leader in the environmental movement. Under his direction, EDF’s full-time staff has increased from 50 to 350, membership has expanded from 40,000 to more than 500,000 and new offices have opened in Raleigh, Austin, Boston, Sacramento and Beijing, China.

Krupp is widely recognized as the foremost champion of harnessing market forces for environmental ends, such as the market-based acid rain reduction plan in the 1990 Clean Air Act that The Economist hailed as “the greatest green success story of the past decade.” Today, this approach has become the leading model for solving the problem of global warming.

Krupp broke new ground by engaging American companies to lessen their impact on the environment. Strategic partnerships with McDonald’s, FedEx, and DuPont, among others, have resulted in the elimination of millions of pounds of waste, the adoption of hybrid delivery vehicles, and an accord to reduce the environmental risks of nanotechnology.

Educated at Yale and the University of Michigan Law School, Krupp lives with his family in Connecticut. An avid rower, he won a gold medal in the 2006 world rowing championship sponsored by FISA, the international rowing federation.

He has been profiled in The Wall Street Journal and The New Republic and in 2007 was among 16 people named America's Best Leaders by U.S. News and World Report.