Frank Murray | Alliance to Save Energy
Skip to main content 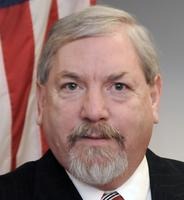 Board Member since May 2009
Executive Committee, Nominating Committee, Development Committee

Prior to his appointment, Mr. Murray served as Senior Advisor at the international environmental consulting firm Ecology and Environment, Inc., where he provided strategic policy and market development guidance on environmental and energy issues to a number of private sector and not-for-profit clients.  Mr. Murray also represented the Pace Energy and Climate Center and the Natural Resources Defense Council in the New York Public Service Commission proceeding to establish an energy efficiency portfolio standard program.

From 1996 to 1997, Mr. Murray was policy advisor to the United States Secretary of Energy, assisting in the development of the Clinton Administration’s national energy policy.

Mr. Murray served from 1992 to 1994 as the New York State Commissioner of Energy and Chairman of the NYSERDA Board of Directors, then a statutory function of the State Energy Commissioner.  At that time, he also served as Chairman of the State Energy Planning Board, a multi-agency statutory board charged with the responsibility of developing a comprehensive, integrated energy plan for the State that integrated State energy, environmental and economic development policies.

In 1985, Mr. Murray was appointed Deputy Secretary to the Governor for Energy and the Environment, a position he held until 1992.  He served from 1983 to 1985 as Assistant Secretary for Energy and the Environment in the administration of New York State Governor Mario M. Cuomo.  He represented New York in numerous national and regional energy and environmental activities, including the Coalition of Northeastern Governors, the National Governors’ Association, and the Council of Great Lakes Governors.  Mr. Murray began his work on New York State energy issues as legislative counsel and then as an energy and environmental policy advisor to Governor Hugh Carey from 1977 to 1982.  He began his career in public service as a legislative assistant to Congressman James V. Stanton (D-Ohio).

Mr. Murray serves on the board of numerous not-for-profit organizations, including the Alliance to Save Energy, the American Council for an Energy-Efficient Economy (ACEEE), the National Association of State Energy Officials, the Northeast Energy Efficiency Partnership, the New York State Smart Grid Consortium (Vice Chair), and the New York Battery and Energy Storage (NY-BEST) Consortium.